The most-used filming locations in the world


When we’re watching movies, we connect with a lot more than just characters. Although it may not be obvious right away, the place where the story happens also plays an important role. It influences our minds in many ways, and sometimes, we don’t even realize it. No matter what genre we’re talking about, the location has to be ideal. Because of this, scouts often travel the world in search of perfect fits. However, some spots are more interesting than others. We’ve all seen them a dozen times on small or big screens. But, there’s something special about seeing them in real life. So, if you’re up for visiting some of the most-used filming locations in the world, we’ve got just the list for you.

This is a historic fortified village located along the former caravan route that connects the Sahara and Marrakech. It’s an important place for world history, and because of that, it’s one of the UNESCO World Heritage Sites. However, that’s not the reason why this place is so popular. It attracts lots of tourists thanks to its many film appearances.

Since it’s in the middle of nowhere, traveling there with production gear is a real logistical challenge. However, as soon as you see this place, you’ll understand why so many directors wanted to shoot here. It’s an entire city made of clay and sand. What more could you want?

The Mummy, Gladiator, and Babel are just some of the movies that were filmed here. Ait Benhaddou was also used to breathe some life into Yunkai, one of the city-states in the popular HBO TV series Game of Thrones. 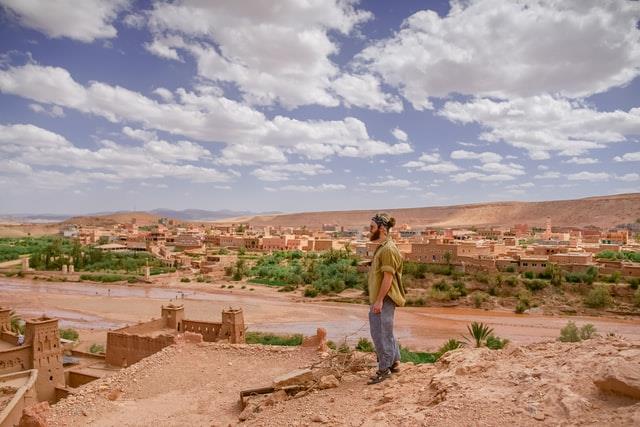 As soon as you see it, you’ll understand why Ait Benhaddou is one of the most-used filming locations in the world.

If you love action movies, all the chances are that Adele’s Oscar award-winning Skyfall theme will start playing in your head as soon as you see the picture of Glencoe. However, besides James Bond, a lot more movies were filmed here.

Directors from all around the world were drawn to the Scottish highlands, and not without reason. It has many things to offer, including dramatic, unspoiled landscape and incredible natural light that you can’t replicate in the studio.

That’s why projects like Monty Python, Braveheart, and even Harry Potter took place right here. If it was good enough for Mel Gibson and Alfonso Cuaron, it’ll be good enough for you. So, don’t hesitate to come here if you need to take some amazing drone shots.

If you pick a random movie from your shelf, put it in your DVD player, and play it, you’ll probably see at least one scene in it shot in Manhattan. There’s no doubt this is one of the most-used filming locations in the world, but why? Well, it’s a known fact that if you want to move to the center of all happenings, you call a local moving company and make Manhattan your home. There’s always something going on here, and you can see people shooting at every corner. Even your movers will be able to tell you a story or two on your moving day, for sure. As it turns out, accessibility and diversity are two reasons why this New York borough is so popular among filmmakers.

It has everything to offer. Busy streets filled with skyscrapers, people, and cars, as well as the breathtaking nature in Central Park. It’s easy to get to, and whatever you need, you can find it a block away. And when you put it like that, there’s no wonder why filming of Breakfast at Tiffany’s, Ghostbusters, Elf, and hundreds of other movies took place in the heart of the Big Apple. 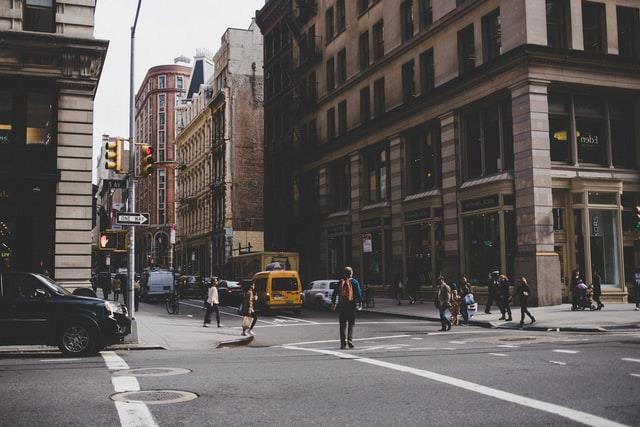 Filmmakers love Manhattan because it offers convenience and diversity.

Ever since 1930, Monument Valley has been popping up in all kinds of Hollywood movies. It’s a go-to place if you need dramatic plateaus and cloud-covered canyons. This postcard-picture representation of the American West is located near the Four Corners, so it’s easy to reach if you want to check it out.

And there are plenty of reasons why you might want to do that even if you’re not interested in shooting here. If you like old school American movies, you’ll be glad to hear that it was featured in Stagecoach, Easy Rider, and The Lone Ranger. These are all fitting titles. However, Monument Valley is also the place that inspired Forrest Gump to go home. And if that’s not a reason to visit it, we don’t know what is.

If you don’t like to deal with packing and relocating film equipment, you’ll love the idea of filming near home. Well, the Hollywood producers also like this idea. So, they found a perfect place right in the neighborhood. Yes, we’re talking about Venice Beach.

Luckily, proximity to the studios wasn’t the only factor that made this location so popular. Venice has some picturesque canals and bungalows, as well as circus-like amusement piers. Eclectic architecture only made things better, and this place became one of the most-used big picture settings.

So, if you want to create a similar feel of beachfront LA as you can see in The Big Lebowski, you know where you need to go. 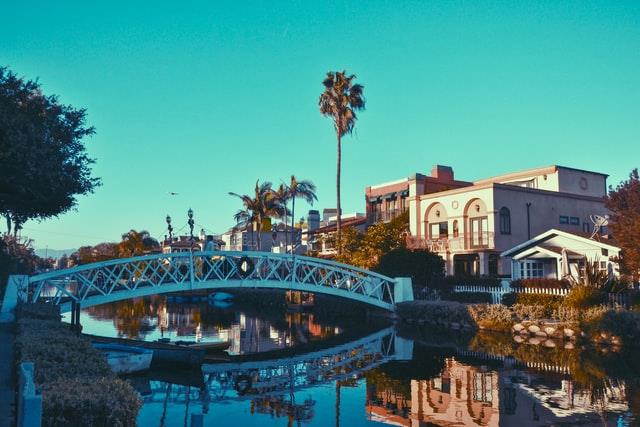 One of the most picturesque places on this list is located in the heart of LA.

When we talk about extreme weather productions, we usually mean filming in snow. However, shooting in a tropical environment can be as challenging. Luckily, some locations can make this task a lot easier. One of those certainly is Oahu in Hawaii. You’ve seen this island in Jurassic Park, Forgetting Sarah Marshall, and The Descendants, among other movies.

This place is a filmmaker’s dream thanks to its’ varying landscapes. It has volcanic mountain ranges, lush valleys, and vertical cliffs. So, it can stand in for almost any destination in South America or Africa. You can even create an English countryside scene here if you need it. Since it’s so diverse, there’s no question why it is one of the most-used filming locations in the world.