From action cameras to mirrorless, full-frame cameras, with $1000 or less, you can find an outstanding filmmaking camera and get started on your project.

As an aspiring filmmaker, you’ll need a great camera by your side, and one that hopefully sticks to your budget. These days, professional cameras sell for thousands of dollars, but creating professional-looking films doesn’t require a sizable bank account.

All you need is some moxie, an idea, and something to capture that idea. Below are six of the best filmmaking cameras under $1000, ranked in order of price from lowest to highest. Keep an open mind, and remember that the best camera is the one you have with you.

When it comes to fast-paced, heart-pumping action sequences, there’s no better camera than the GoPro HERO8 Black, especially when it only costs $299. This compact camera is no newcomer on Hollywood movie sets. It’s been used in major motion pictures such as The Martian and The Hobbit: The Desolation of Smaug. 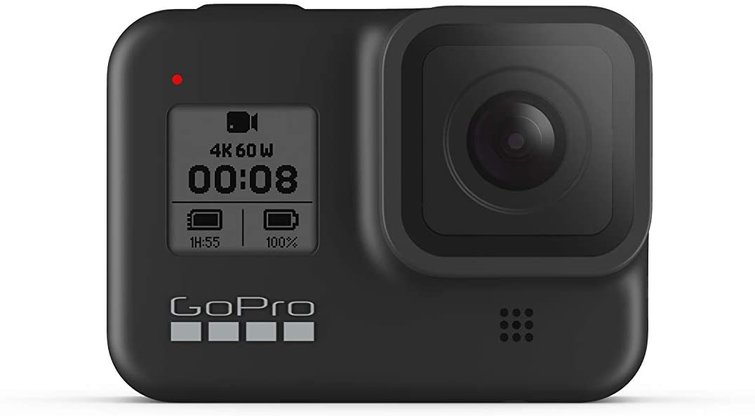 While the Hero8 Black may look like older GoPro models, this refresh has plenty of updated and new features. Image via GoPro.

There are two reasons why the HERO8 Black belongs here: software features and first-party accessories. Forget about hardware for a second (although the camera is well-built). The HERO8 Black has a ton of proprietary software features, such as TimeWarp 2.0 and HyperSmooth 2.0. The former creates a sped-up time-lapse video, often found in travel YouTube videos, while the latter delivers buttery-smooth video even in the shakiest conditions.

Accessories are the other reason why the HERO8 Black deserves this title. The Media Mod attachment comes with a built-in microphone, which is necessary to connect the other two mods: the Display Mod and the Light Mod. They’re pretty self-explanatory, but basically, the Display Mod is a soon-to-be-released attachable flip-up screen for vloggers. The Light Mod puts out a powerful LED light, which can be a lifesaver in low-light situations. The HERO8 Black accommodates all three mods simultaneously.

Regardless of competitors — such as the DJI Osmo Action — GoPro has longevity and continues to iterate with every new camera. Admittedly, many of the basic features appear in older models, but the HERO8 Black is the best update yet, and it’s competitively priced.

The newly-released iPhone SE is, essentially, an iPhone 8 with updated internals, including Apple’s A13 Bionic chip — the same chip found on the iPhone 11 and 11 Pro. Judging from the outside, it looks like an older phone, and that’s because it is. On the outside. 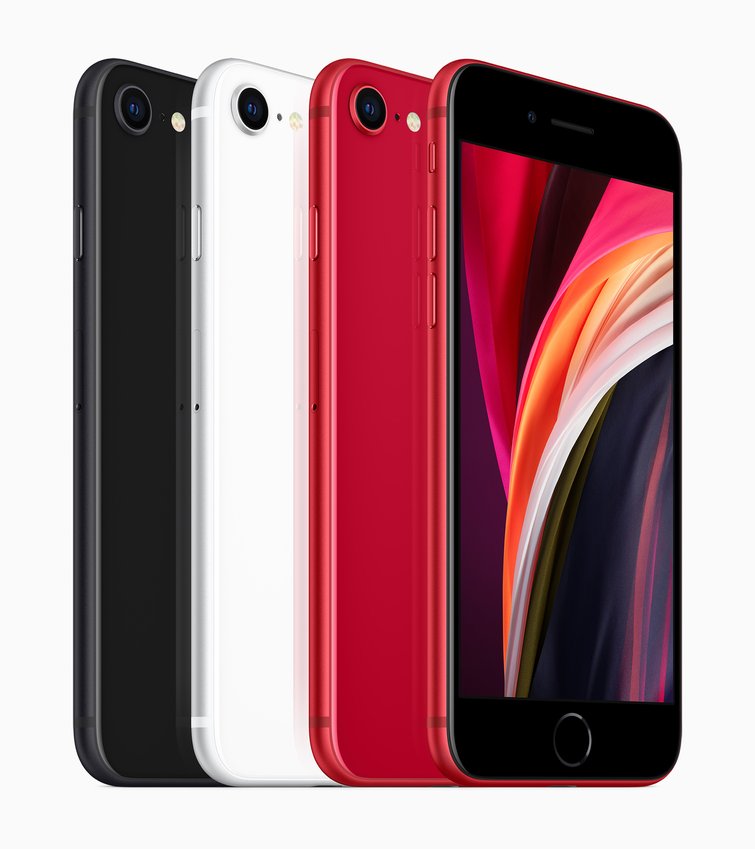 The iPhone SE, which comes in three colors, looks like an iPhone 8, but it’s updated with Apple’s new A13 Bionic chip and has new camera features. Image via techweez.

On the inside, the iPhone SE packs a punch, and it takes advantage of some of Apple’s newest features, especially when it comes to the camera. Oh, and it only costs $399. That’s not a typo. To be clear, this $399 model lacks many of the advanced hardware and software features found in the new models — night mode, ultra-wide lens, and telephoto lens. However, the SE does record in 4K and up to 60fps (frames per second), and it has cinematic video stabilization to keep those shots steady. The SE’s single camera, according to Macworld, is slightly better than the one on the XR.

When it comes to filmmaking, shooting with a smartphone isn’t the norm (due to its limitations), but it can be useful for certain shots or projects. Aspiring filmmakers with a non-existent budget can record, edit, and publish their projects directly to the internet. While the iPhone 11 and 11 Pro are both under $1000, the SE punches way above its weight for the price. 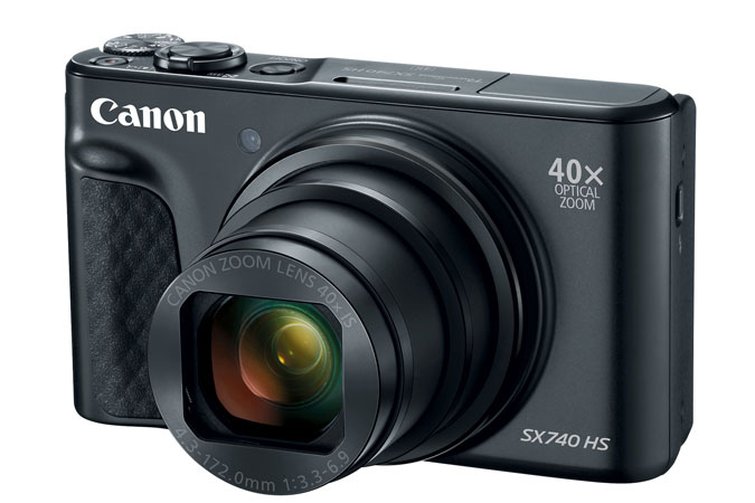 The sub-$500 Canon Powershot SX740 has a 40x optical zoom lens — up to 80x zoom with ZoomPlus — and shoots in 4K at up to 30fps. It’s a compact, versatile camera built for travelers, nature lovers, vloggers, and content creators. With the built-in image stabilization, this camera is capable of maintaining stable shots while zooming in on subjects from far away. Similar cameras with this level of zoom cannot produce such steady shots.

Though this camera does shoot in 4K — like the Rebel SL3 DSLR — it has a smaller 1/2.3-inch CMOS sensor, instead of an APS-C sensor. Simply put, the SK740 is a compact, travel-friendly camera that doesn’t cost too much. While its 4K footage may fall short compared to more expensive cameras, it’s still 4K. In the right hands, the SX740 HS is a filmmaking camera. At the very least it can serve as a backup.

While Sony continues to dominate the mirrorless camera industry with their Alpha a7 series, it’s worth noting that their Alpha a6000 series cameras are well-built, user-friendly, and much more affordable. Replacing Sony’s a6000, which came out in 2014, the a6100 is less than a year old (released in mid-2019) and has one significant feature not found in the original — 4K. 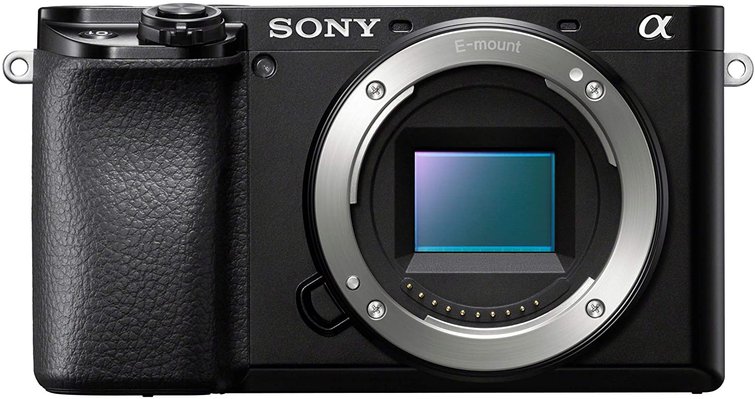 The a6100 is one of Sony’s most affordable 4K cameras, and it’s versatile due to a wide selection of E-mount lenses. Image via Sony.

Though there are better cameras in the a6000 series — such as the a6500, which has built-in stabilization — those other cameras cost closer to $1,000. With 4K resolution at up to 30fps, a 180-degree flip screen for vlogging, and a 0.02-second autofocus (AF) acquisition speed, the a6100 is a worthy entry-level camera. And when it comes to audio, this camera (unlike its predecessor) is compatible with an external microphone, thanks to the 3.5mm audio input port.

Admittedly, the a6100 is not as affordable as other entry-level cameras, but the quality that Sony provides and the camera’s wide range of features make it an option worth considering.

Released in mid-2019, the Canon EOS Rebel SL3 is Canon’s smallest EOS DSLR to date. It’s also the first Rebel camera capable of shooting in 4K. Canon’s Rebel series has long been a mainstay for the budget-conscious, including college students, content creators, and aspiring filmmakers. 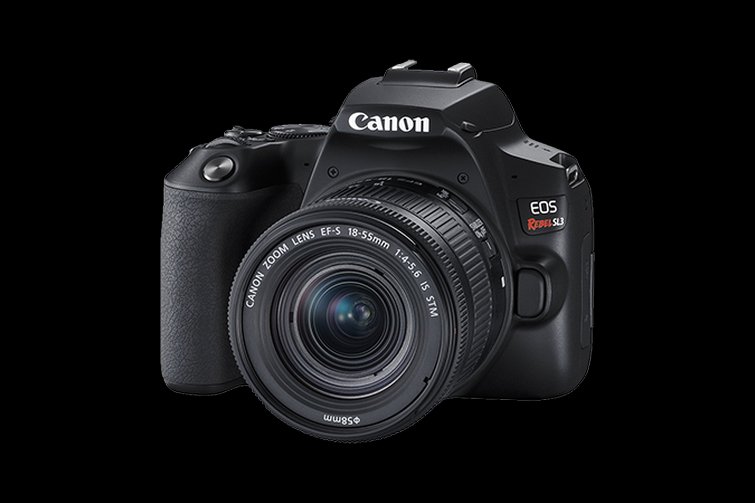 The SL3 is the smallest DSLR in Canon’s lineup, and the first Rebel camera with 4K capabilities. Image via Canon.

Starting with the internals, the Rebel SL3 uses the Digic 8 Image Processor, which is instrumental in providing sharp images, videos, and quick autofocusing. The Digic 8 Image Processor functions well in low-light conditions while maintaining low noise levels, even with high ISO settings. The 9-point AF System tracks subjects and keeps them in focus, which is perfect for action shots. Of course, the feature du jour is 4K video, which this camera can do at up to 24fps and 120Mbps (megabytes per second), and the built-in image stabilization and time-lapse features are a bonus.

When it comes to DSLRs, Canon’s name is a known quantity, and there are tons of lenses and third-party accessories available. While Canon’s professional DLRSs range in the thousands of dollars, the Rebel SL3 sells for just $599 — EF-S 18-55mm lens included — and can shoot in 4K. In short, the Rebel SL3 is a compact, 4K-ready budget DSLR, capable of shooting in low-light and sustaining stable shots.

The best camera on this list doesn’t record in 4K, but it does everything else, and it stays below the $1000 mark. While other similarly-priced cameras do shoot in 4K, those other cameras don’t have a 35mm full-frame sensor. 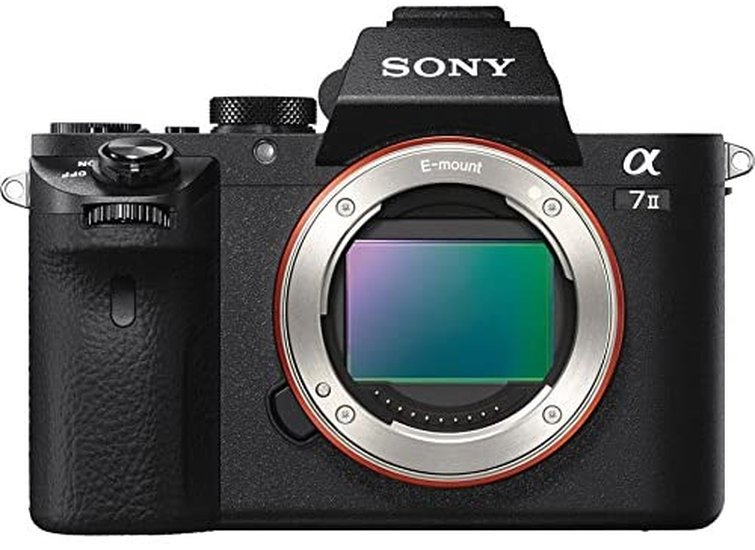 The a7 II is a full-frame camera under $1000 that shoots 1080p video. While it lacks 4K recording, it’s still a great all-around camera. Image via Sony.

For most professionals, a 35mm full-frame camera is a must-have, and that’s because the bigger sensor, which is the same size as 35mm film, produces higher-quality images, especially in low-light environments — Techradar has an excellent breakdown. When it comes to shooting footage, the camera shoots in 1080p at up to 60fps and has a bitrate of 50Mbps.

The a7 II also features 5-axis image stabilization, perfect for shooting on-the-move while maintaining a stable shot, even when zoomed in. And with Sony’s ample selection of E-mount lenses, it’s possible to shoot the film you want, without having to compromise on lens selection. The camera also works with A-mount lenses via an adapter.

There’s a lot going on within the a7 II’s body, and it’s a no-brainer for any aspiring filmmaker looking to get the most out of their money. Even though there is no 4K recording on this camera, it’s still a worthy full-frame choice that shoots high-quality, stable video for less money. If you want this camera with 4K, take a look at the Alpha a7R II, which costs $1,399 just for the body.

Do More with Less

Most cameras on this list fall below $599, and that’s because you don’t need overpriced cameras to follow your dream. Speaking from first-hand experience, I’ve “invested” money on equipment that I used a few times, and that’s because I thought that buying the best stuff would make me good. Unfortunately, that’s not always true.

It’s better to buy a camera that you can take everywhere, and one that grows with your passion for the medium. When you’re ready to upgrade your skills and your hardware, that’s when it’s time to go for something more expensive. Until then, choose wisely.