The split-field diopter is a practical lens attachment that can add an unusual and visually exciting effect to your movie. Here’s what you need to know.

Focus is a key part of the filmmaking language. Focus tells the audience what’s important on screen and what deserves our attention. The ability to manipulate focus offers unique ways to present an image. Enter the split-field diopter. 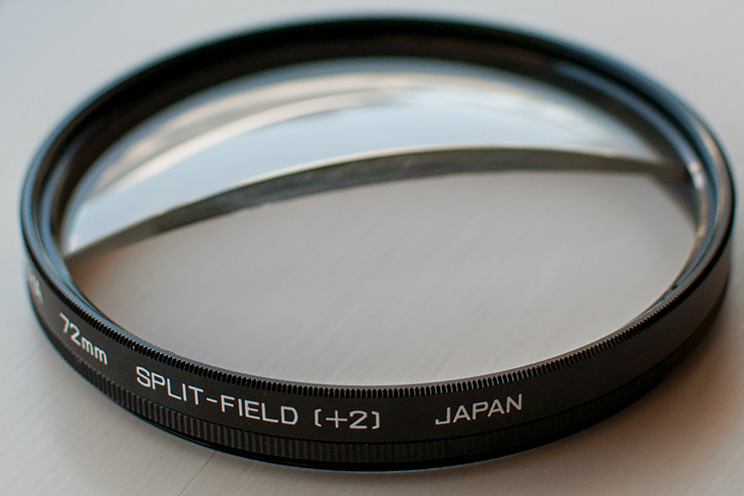 A split-field diopter is a partial lens that you attach to the front of your camera’s lens. It’s a partial lens because it only has glass covering half of the lens space. Essentially, it’s a filter that will directly alter the focus within your shot.

The explanation of how it does this is in the name of the tool itself — split-field — meaning it breaks your shot into two thanks to the diopter, a curved mirror or glass. The filter can be rotated in place to achieve the desired effect on your framing, subjects, and scenery. The filter is available in different strengths and sizes to adhere to the lens, as well as sized to fit a filter holder or onto a rail system.

What does it do?

You may have seen the split-field diopter in use recently without even realizing it. I’ve seen the tool pop up in a lot of new films and TV episodes, and it was used heavily in HBO’s Watchmen. Here’s what it does.

The split-field diopter lets you to focus on a subject (or object) positioned close to the camera on one side of the frame while also focusing on a more distant subject positioned on the other side of the frame. It allows a shot to have two planes of focus rather than one, making the foreground (captured through the diopter) and background (captured through the uncovered half of your camera’s lens) both appear equally clear.

When is it used?

Aside from just creating a unique look (as witnessed in the above video from biscuitsalive), the split-field diopter can come in exceptionally handy when other techniques don’t fit into a director’s vision.

For instance, instead of having to rely on a rack focus between a nearby subject and a distant subject, the split-field diopter keeps both near and distant focal planes sharply in focus at the same time. This can create a split-screen effect, but it happens in camera instead of in post.

Additionally, the split-field diopter can be a great alternative when you’re looking for deep depth of field. Ordinarily, to achieve a deep focus range, you’d need to stop-down the aperture quite a bit (f/16+), but this requires a ton of light and can be very difficult to do indoors. With a split-field diopter, you can create the illusion of deep focus, even with a wide aperture.

Is it right for you?

The split-field diopter is a cool little tool that can help you nail some truly eye-opening shots, but the tool is not without its audience-distracting quirks. One of the main “problems” created by using it is the noticeable line it creates in the frame where the focus planes change. A visible blur can be seen around the foreground subject, who is positioned closer to the lens. This blur occurs because the near and far focal points each have their own separate depth of field.

Above, you can see an example of a very obvious split-field diopter shot from Star Trek: The Motion Picture. Now, here’s one from Jaws that uses vertical lines in the frame to make the change in focus very subtle.

Who has used it?

As the screen shots above suggest, the split-field diopter was widely used during the 1970s and 80s. Director Brian De Palma might have used it more than anyone; his filmography is riddled with split-field diopter shots, like the one below from The Untouchables.

The effect experienced a lull in usage during the 1990s, though it did pop up in a few films. You can find split-field diopter shots in a few of Tarantino’s early works, as well as in the opening of The Matrix, as seen below.

Who uses it today?

The use of split focus during the 2000s was almost nonexistent, as clean, stylized cinematography came into fashion. The look might be making a comeback though.

While anecdotal, I’ve seen the split-field diopter used increasingly in a number of contemporary TV shows and films. Tarantino, of course, returned to the effect in The Hateful Eight, and it appears in other recent works like Us and even Toy Story 4 (albeit artificially).

Circling back around, HBO’s Watchmen relied heavily on this technique with great effect. Almost every episode of the series contains at least one split-field diopter shot, often used in nearly unnoticeable ways.

I enjoyed the consistent use of the technique as a motif, rather than a visual gimmick or one-off. While directors such as De Palma and Tarantino seem to use split focus as a visual calling card, the creators of Watchmen incorporated the technique within the story’s narrative language. (Check out our interview with Watchmen DP Gregory Middleton to hear his thoughts on on storytelling). 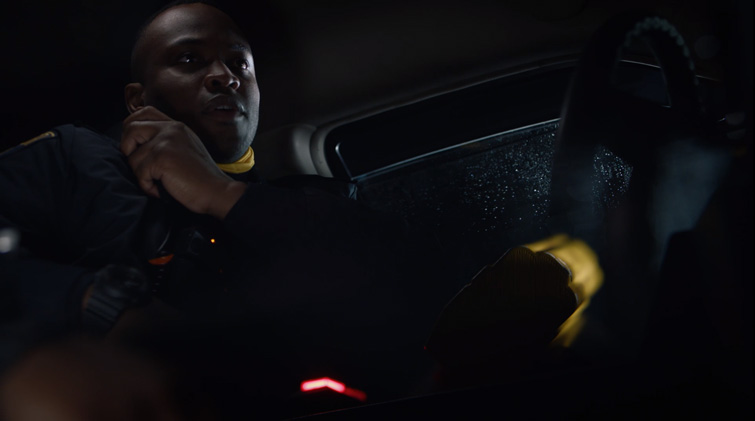 The split-field diopter’s use in Watchmen feels unique since it’s a tool long implemented almost exclusively in feature films. With the line between TV and film growing blurrier by the day, we could see split-field diopters pop up more frequently on the small screen. Ultimately, I’m excited to see how this mostly obscure, yet exceptionally distinct tool gets used in new, creative ways in the future.

What’s your favorite use of the split-field diopter? Have you used it on your own projects? How do you think it will be used in the future? I’d love to hear your thoughts.

Get more cinematography tips and tricks in these articles…