Amazon series, The Wilds, follows a group of teen girls who must fight to survive after a plane crash leaves them stranded on a deserted island – but not by accident.

Amy Williams, the production designer for the upcoming series, got to bring this island scene to life in New Zealand where most of the series was shot. Her world building sets the tone for this desert island nightmare with a makeshift shelter she resourcefully designed using realistic island options, including tree branches and debris from the plane crash. She also created an underwater scene filled with plane wreckage.

She discussed all of this and more in the latest interview with ProductionHUB.

PH: Can you provide an overview of The Wilds and how you got involved?

Amy Williams: The Wilds is a story about a group of young women who are unexpectedly trapped on an inhospitable island. Unbeknownst to them, they are part of a greater social experiment.

The show touches on the intricacies and complexities of what it’s like to be a woman in this day and age. I became involved after the pilot was already filmed. The producers Amy Harris, Sarah Streicher and Jamie Tarsis reached out to me, and it was clear from the first conversation that we shared a lot of the same enthusiasm for the project. The real draw, for me, was to be able to tell a story with an all-female cast, as well as having the support of a female production team which was very inspiring. The chance to film and have an adventure in New Zealand didn’t hurt either. 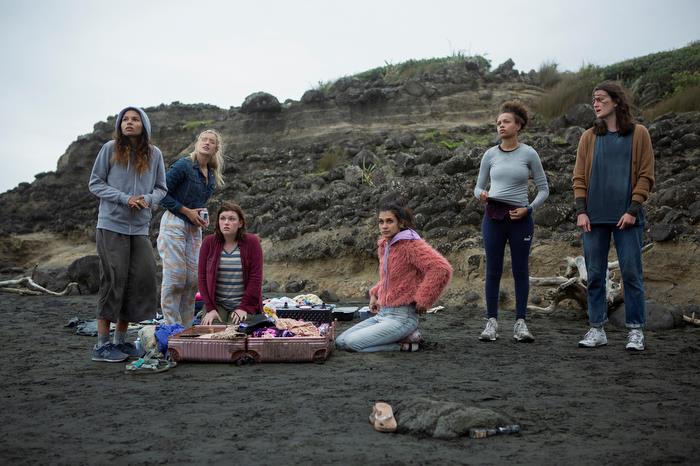 PH: As a production designer, what does pre-production look like?

Amy Williams: Pre-production for a job like this entails a lot of preparation to get started. Traveling to another country involves upending your life and finding accommodations and completely immersing yourself in that new environment. Adaptability is important as crewing up in a different country challenges you to embrace completely different dynamics than what you might already be used to.

Production starts with a script, and diving into the research, coming up with creative concepts, and scouting locations that suit the story.

PH: What was the experience like shooting in New Zealand? How did it enhance your design?

Amy Williams: The experience was incredible to be able to travel to such a beautiful and magical place.

The overall aesthetics of the island’s flora and fauna inspired beach looks, and the materials that we used added to the overall grandeur of the cinematography.

Amy Williams: Some of the scenes we created that were particularly challenging were some of the Dawn of Eve and the Post-Rescue Facility set-builds. Those sets needed to tell a story and at the same time, mislead the audience to a certain extent.  These environments’ intentions reveal themselves over the series and are clouded in mystery for both the girls and for those of us watching. The most challenging part was cheating American locations and sets within New Zealand and making them look authentic. Just finding left hand drive cars is a challenge. Time and budget are also great stressors. A huge success of this production was that we were able to execute shooting in New Zealand while maintaining the authenticity of having the story take place in America. 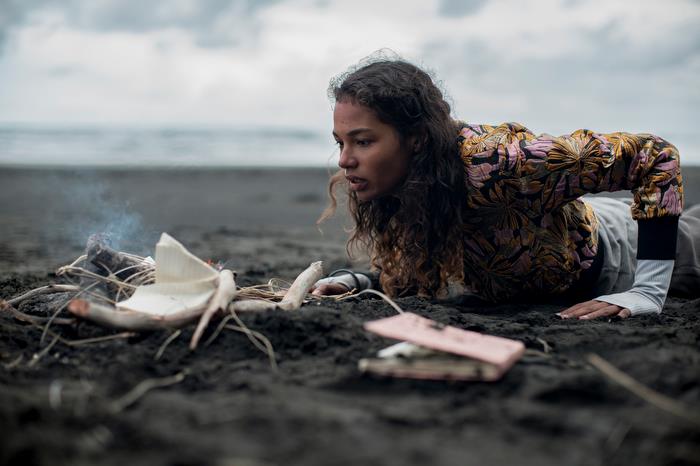 PH: What was it like working with flashbacks and flashforwards? What are some of the details you have to be aware of in order to ensure the visual narrative makes sense?

Amy Williams: During the preparation period, you have to pay close attention and map out the timeline in regards to the overall story and the various characters. Continuity is something that you have to keep a close eye on.

PH: What were some of your favorite designs?

Amy Williams: It was really fun coming up with the concept for the girls’ shelter and trying to incorporate the limited materials they were given to fabricate something of that size. We pulled from objects and items that happened to be in their suitcases, driftwood, and grasses found on the beach and items supposedly washed up from the wreckage.

PH: What’s one of the most rewarding things about being a production designer?

Amy Williams: Getting the chance to create worlds that last only moments, but are immortalized forever in the world of film. Seeing a set come to life, fully completed with the actors inside is also extremely rewarding.

PH: What are three qualities a production designer must possess? (in your experience)

Amy Williams: Organization, communication, and the ability to absorb inspiration.

PH: How has your experience shaped you as a production designer today? What are some of your favorite things to design?

Amy Williams: The interesting thing about production design is that you often pull from your own history and your own experiences, which only helps to enhance the realism in your designs.

I love designing things that I am completely unfamiliar with because it gives me a chance to dig into the research and learn more about the world that I am about to completely immerse myself in.