Non-fiction podcast, MAKE COOL SH!T on season 1 titled “Mak A Movie” is focused on documenting the comedy/horror film, “Scare Me” directed by award-winning actor and writer, Josh Ruben. The season one docu-series includes topics from film writing, funding to pre-production and unexpected challenges. Wrapping up on episode 8, MAKE COOL SH!T digs into distribution and behind the scenes look of the coveted film premiere at Sundance in a haunted theater.

“Scare Me” stars Aya Cash (The Boys), Chris Redd (SNL) and Becky Drysdale (Key & Peele). The podcast is hosted by Aaron Kheifets (CollegeHumor/Comedy Central) capturing all the grit and nuance in the process of filmmaking in the modern age.

We had the chance to talk with Aaron and Josh about their work on this season. 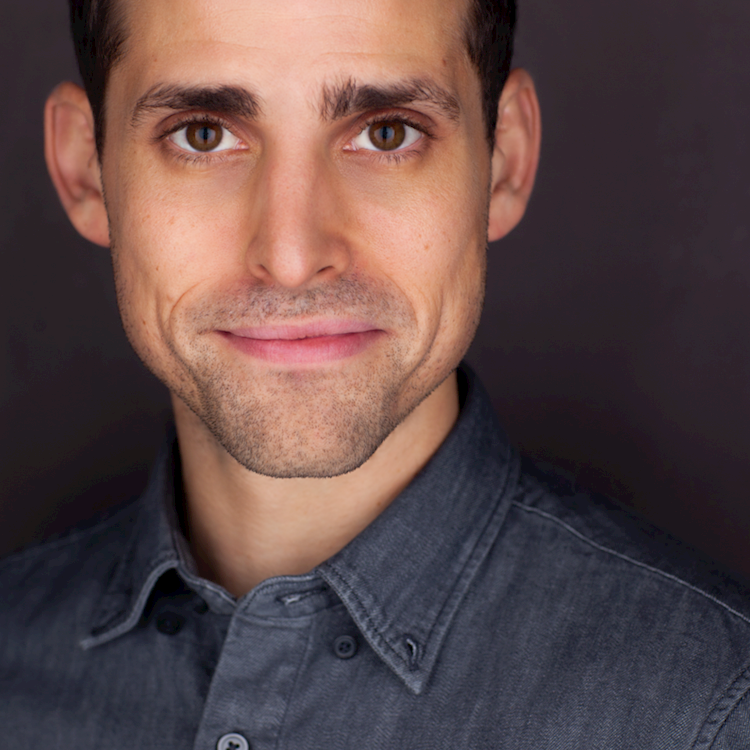 PH: How are you? How has your work changed this year?

Aaron Kheifets: I’m constantly filled with existential dread but who isn’t? My work has changed much less than most people’s: I’ve taken on more VO work but the writing is the same and the uncertainty about the future is the same. It seems like a year ago news stories were all, “The future is full of uncertainty!” and my response was, “Welcome, welcome to the life many of us have been leading.”

PH: How would you describe podcasting and how has it evolved since its inception?

Aaron Kheifets: It seems like podcasting has taken the same trajectory as YouTube: it was viewed as a niche thing for people who had failed elsewhere and then it became mainstream and there was (is?) a goldrush. I hope the huge influx of new podcasts means more people are finding shows that are useful or enriching to them but obviously the platforms have a lot to say about that.

PH: What’s your involvement with MAKE COOL SH!T and how did you start working with the podcast?

Aaron Kheifets: I was originally brought on as the head writer, a job I estimated would take me three weeks (HA!). I fell in love with the project and the story and just kept taking on more and more, and couldn’t leave well enough alone. Josh knows that once I like something I really sink my teeth into it so I think this was his sneaky plan from the moment he recommended me for the job. It also didn’t hurt that I ran into Donny Dykowsky (producer) as he was having drinks with our mutual friend Thom Woodley at our favorite bar.

PH: What are some of the challenges / benefits of working on a non-fiction podcast?

Aaron Kheifets: I’d never done anything like this before, so learning how to look at a huge amount of material and pull out the main story from it was a new challenge. Parts of it are like tetris: what exactly does the listener need to know in order to understand what’s going on (and not get distracted by fun details)? Often, they need to know several things almost at the same time, so figuring out how to lay out each chapter – where to begin and how they unfold – was at times maddening and ultimately incredibly rewarding.

PH: Describe season 1. Why’d you choose to cover “Scare Me”?

Aaron Kheifets: The basic premise of Make Cool Sh!t is inherently on the side of the creators. This podcast wants to see people succeed, in part because it’s obvious how often that doesn’t happen. We’d all like to record the White Album but the vast majority of records just don’t turn out that way but we’re still rooting for the people who are going for it.

Scare Me is an ambitious project by a guy who’s got a ton going for him: incredibly funny, has somewhat of a following, has some successes… and yet we all know that the odds are still heavily stacked against him. Seeing someone great at their craft attempt something really difficult is always compelling; especially when you get a window into what drives them and what’s at stake if they don’t succeed.

Aaron Kheifets: Dan Strong (producer) made a supercut of me saying “actually” which I guess I say 9,000 per session. It was truly disturbingly long and I laughed so hard I couldn’t breathe. Donny and Dan did so much work, quietly making me look less stupid than I actually am, little did I know they had saved it up to spring it on me all at once. Embarrassing and hilarious. Embarralarious?

PH: In your opinion, what is filmmaking like in the modern age? How will it evolve?

Aaron Kheifets: I hope that filmmaking becomes more personal as equipment becomes smaller, cheaper and more available. If you can figure out a way to make things with people you love without having to make a ton of concessions to make the budget work, that sounds like a recipe for a satisfying creative life; even if it isn’t on HBO or whatever. It’s rarely the establishment dudes with huge budgets that revolutionize a medium. 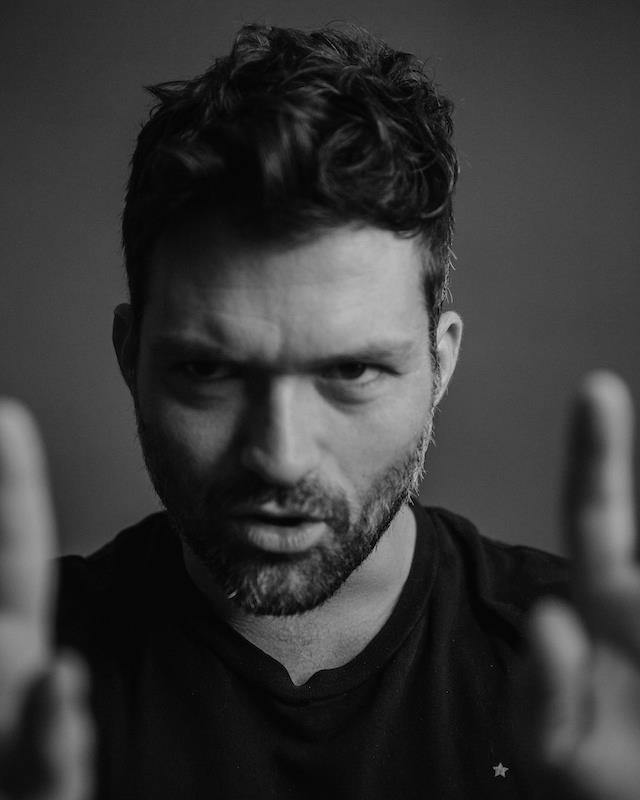 PH: How are you? How has your work changed this year?

Josh Ruben: Oh, y’know, I’m angry at the state of the world, exhausted by murderous cops, pandemic variants, and the closing of my favorite Los Angeles chain of movie theaters, but otherwise, I’m at maximum peace.

This year, my work has changed in a few ways. I haven’t been on set since wrapping Werewolves Within, back in March of 2020, so I’ve been writing. I wrote a film script, two TV pitches, two feature outlines, and I’ve reading as much as my anxious brain can (in an effort to write better). I’d like to think my work got more intentional but I think I just got more cross-eyed looking at my screen.

PH: How did “Scare Me” come about? What was the writing experience like?

Josh Ruben: I wrote Scare Me in April 2018, in the thick of #MeToo, eager to get out of commercial directing, and to make something personal where I could really act, performing opposite artists I respected. The experience was fast and cathartic. The first draft poured out of me in a week. The best part was sharing it with my producers Alex Bach, Dan Powell, and Brendan Banks (who also shot the film) and getting their feedback, collectively feeling there was something there…

PH: What was the experience like working with Aya, Chris and Becky?

Josh Ruben: Phenomenal. Three of the most collaborative, imaginative, down-to-earth playmates a director could ask for. They each have a live performance background, and it shows. I’m so damn grateful to each of them for coming aboard.

PH: Did you face any challenges with this film? How did you tackle those?

Josh Ruben: Oh, yes. Tricky schedules, not enough money, and plenty of snow. Thank god for Brendan’s Jeep (he was the only one with four wheel drive) and our brilliant line producer, Andrew Rodes. We did a LOT of “Tetris-ing” schedules. Any time Aya wasn’t on set (5 of our 14 day schedule), I read lines with my fiancé, Lauren, who also choreographed the dance number and played “Meredith.”

PH: What has the process been like with Aaron and the MAKE COOL SH!T podcast? What’s it like having your film covered in a capacity like that?

Josh Ruben: I knew MCS would deliver something that satisfied, but this show has far exceeded my expectations. Aaron coming aboard is what made the process enjoyable as a participant. We’ve known each other for years. Aaron’s disarming, charming, and alarming (JK about the last part, I love rhymes). Listening to all the episodes, especially the finale (episode 8), the nostalgic weight of this thing hit me. We have a record of this exciting period of my life where I bet on myself and asked my friends to help me accomplish something I’ve wanted since I was a kid. So, from now on, every winter, I’m going to drink too much cognac and listen to the series in one sitting, crying happy tears. Probably not precisely that, but I will cherish it forever.

PH: In your opinion, what is filmmaking like in the modern age? How will it evolve?

Josh Ruben: I’m no Leonard Maltin, but of course filmmaking is a faster process today than it’s ever been, and that race to produce leaves quality in the dirt. It’ll continue to evolve technologically, but to that end, we’ll have a higher pile to sift through, to mine the good stuff. I’m afraid there’ll be TOO much, too many shows, too many films, all with the same visual aesthetic, because we’ll all have access to the same tools, more than before, and that so little of it will be created with purpose, making it harder to find what’s worthwhile, what says something. I’d like to think we’ll continue to create with intention, and not just make shit for the sake of making it. May we all continue to write angry, with purpose, and for fun. That’s what’ll keep the “good pile” higher than the bad.

MAKE COOL SH!T is available on Apple Podcasts, Spotify, and everywhere else you enjoy podcasts. If you have an idea for Season 2, please reach out to dan@mcsmedia.tv