When I was first approached about doing a review for the MXL BCD-1 I was pretty excited. Most of the time I focus on reviewing our creative visual tools of the trade. There is never a shortage of equipment like cameras, lighting, and various other gear.

That being said, I wanted to take a long look and listen to the gear that people are using right now. That’s where the MXL BCD-1 comes into play. As we all know (or should know) great audio and vocals can and should steal the show. In my opinion being a professional media person means getting a good solid audio set up going and not relying on a built in computer or phone microphone. You don’t have to break the bank either to sound better, but more on that later.

The first thing that got my attention was the nice travel case for the MXL BCD-1. I cannot tell you how many times I have seen any number of really expensive shotgun microphones tossed around like pick up sticks in a back pack or car. I have even seen a Sennheiser get run over. Not a good day for the audio guy to say the least. MXL provides a sturdy case with snug foam that should last a good long time. 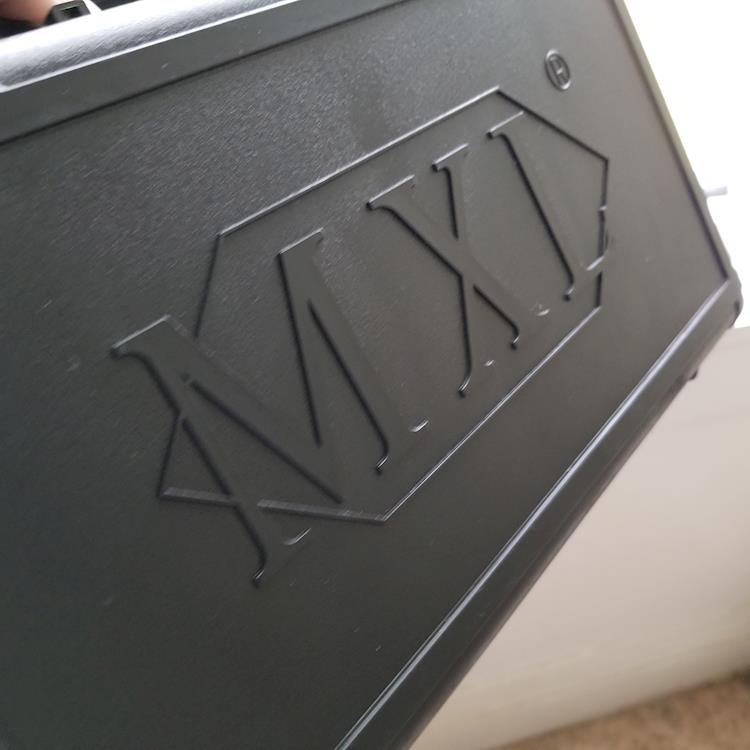 I should also mention that there was some good audio how-to literature that was included. Yes, I actually read that stuff. Good information on technical pick up patterns, basic set ups and microphone placements for musical instruments. Stuff that will help someone who is new to audio or needs a refresher to get better results whether live or recorded. Isn’t that the point? Better audio? 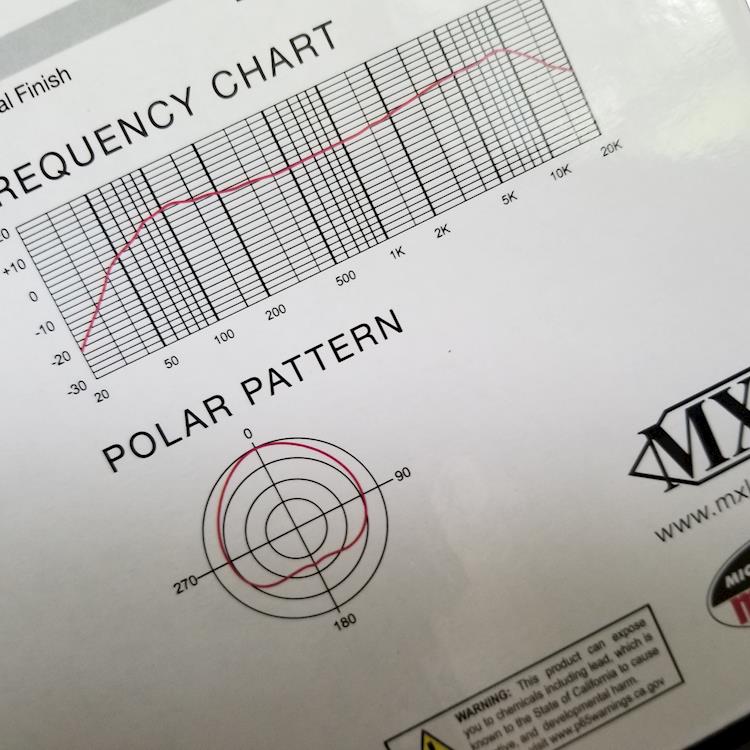 Setting Up the MXL BCD-1

In keeping with the current state of affairs, I wanted to do this review just like almost everyone else whom is working at/from home – no big 96 channel audio studio console or anything like that. It is worth mentioning for before starting that the MXL BCD-1 is a traditional XLR cabled microphone, not USB.

Not a deal breaker by any means but something you should know beforehand. First, I used the provided yoke that was already on the MXL BCD-1 I simply attached the microphone to my desk microphone stand with a minimum of effort. 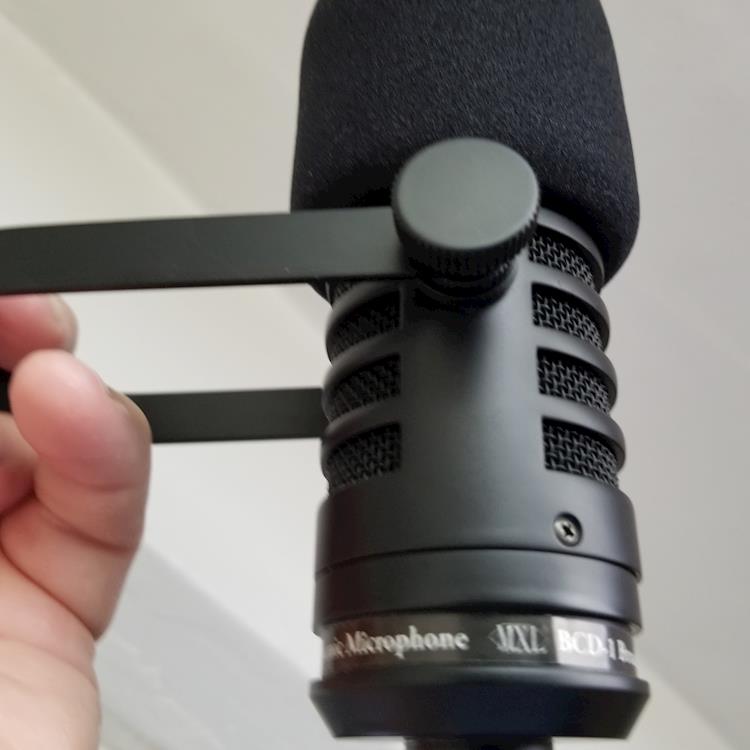 I then ran the XLR cable from the MXL BCD-1 to my Scarlett 2i2 audio interface by Focusrite. From there, it was another short cable run from the Scarlett to my MacBook Pro. I cannot recommend the Scarlet 2i2 from Focusrite enough. It was a no brainer to set up. There is even a gain function that tells you if you are recording at the right level or if you are too hot. But as you get more into audio you will find that the Scarlett comes with a ton of add ons – all at a very affordable price point. So if you are serious about live streaming, recording professional voice-overs, music, or vlogging, the Scarlett 2i2 along with the MXL BCD-1is a great place to start. 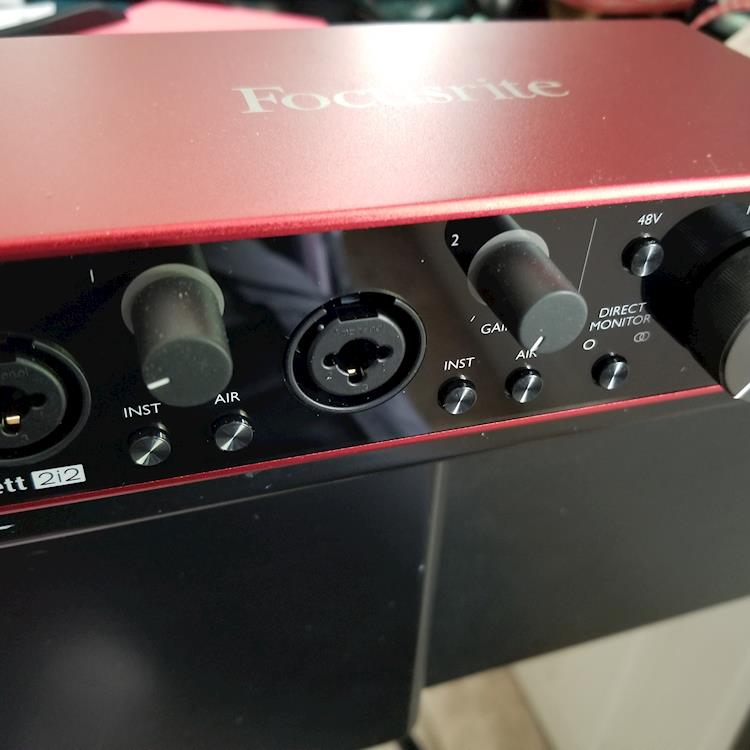 Moving on, we did a few different microphone placements and recordings with voice talent provided by my awesome daughter Elisabeth. As I said earlier I wanted to do the set ups and placements just as a lot of people are doing right now – from the house. I didn’t use any eq or post software on purpose, so I could record, then evaluate the raw audio.  I was pleasantly surprised. While not as warm and lush as an expensive tube microphone, the result was still a nice warm tone, not harsh as with other microphones in this price/performance range. Also, when I was testing the microphone with my daughter she sounded good and not tiny because she speaks so softly. 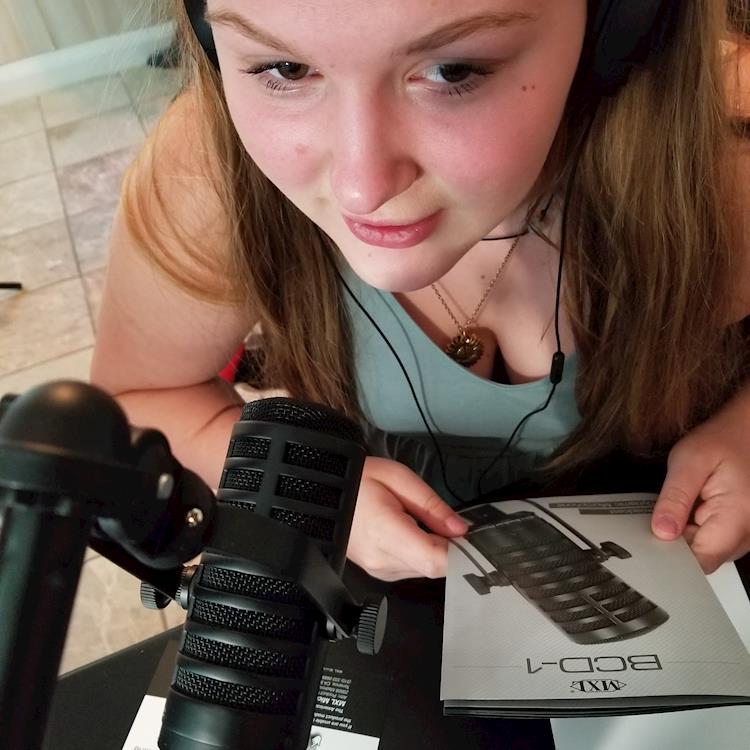 Because the MXL BCD-1 has a cardiod pick up pattern, unwanted ambient noise was not overly present at all, unless the end user (me) was too far away from the microphone. Only once or twice did we pick up the dog barking next door or the birds. I guess that’s what happens when you are recording in the low budget “home studio”. It wasn’t the worst thing. I usually like something in the background to make it sound real, as long as it’s not a jackhammer in the middle of NYC.

The MXL BCD-1 does come with the included foam windscreen, which is ok, but truth be told I would be more inclined to pony up to the bar and purchase a good pop screen if I knew I was going to be doing a lot voice work most of the time. 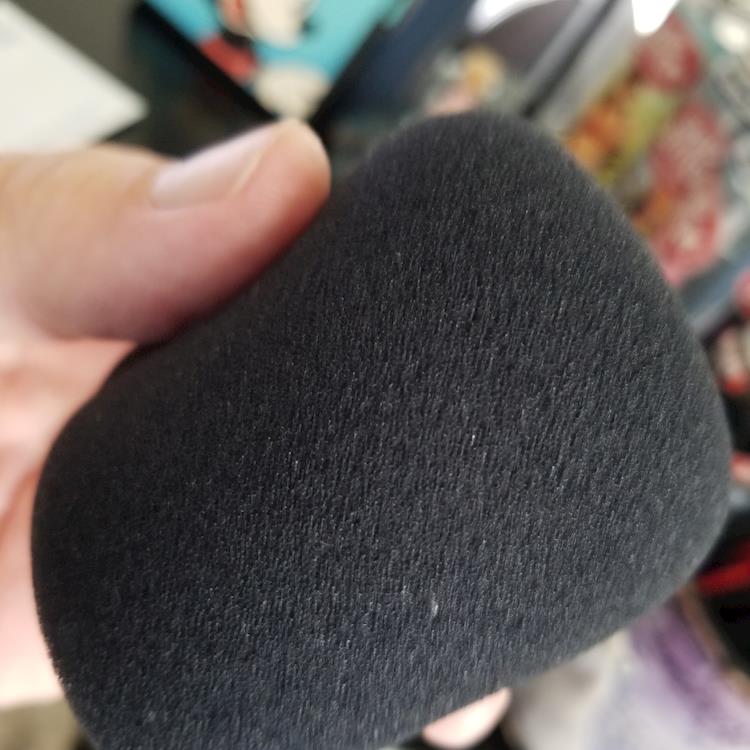 If you want to produce professional sound on a limited budget, I can recommend the MXL BCD-1 (or two) for your streaming, recording studio, or podcasting set up. If you are like me, having audio gear that can work well in several different studio and remote settings is a big plus. I also like how the MXL BCD-1 is constructed.

With MXL being a division of Marshall Electronics, it comes as no surprise that the MXL BCD-1 has a rugged design and if treated well, should last a long time. One more thing I almost forgot. The cost for the audio set up (not including the Mac Book Pro) was under $700.

That included the MXL BCD-1, 10 ft. XLR cable, Desk Microphone stand, very good Sony headphones, and the aforementioned Scarlett 2i2 Audio Interface. Lastly, I have included the tech specs for the MXL BCD-1 for you tech types like me who really get into this kind of stuff.  Enjoy!