Live streaming with the Blackmagic Pocket Cinema Camera 4K? It’s possible now. Learn how to set up your streaming experience with this camera.

The Blackmagic Pocket Cinema Camera 4K — attach a lens, insert a memory card, and you’re ready for short films, music videos, documentaries, and well, even feature films. But, what about live streaming?

At the start of April 2020, we were treated to a Blackmagic live demonstration with the new ATEM Mini Pro, but also a firmware update that allows both 4K and 6K models to host studio camera features such as:

The new features are great for those who want to take advantage of the Pocket models and use them in a studio setup, but what about for simple home streaming?

Please note, I only refer to the Pocket 4K as it’s the model I currently own, but all aspects that follow can be translated to the Pocket 6K model, as well.

Given that the camera has both an HDMI connector and USB-C port, you may be quick to think that you could plug the camera straight into your PC and stream — somewhat like a tethered connection when shooting photographic stills. However, the Pocket 4K doesn’t have a built-in IP encoder, and as a result, you can’t just plug the camera via HDMI or USB-C into a computer and shoot. You need a capture device to assist with the encoding.

There are a number of devices on the market, and Blackmagic themselves have several to offer, such as Blackmagic Ultra Studio 4K Mini, the Web Presenter, the ATEM Mini, and now the ATEM Mini Pro. 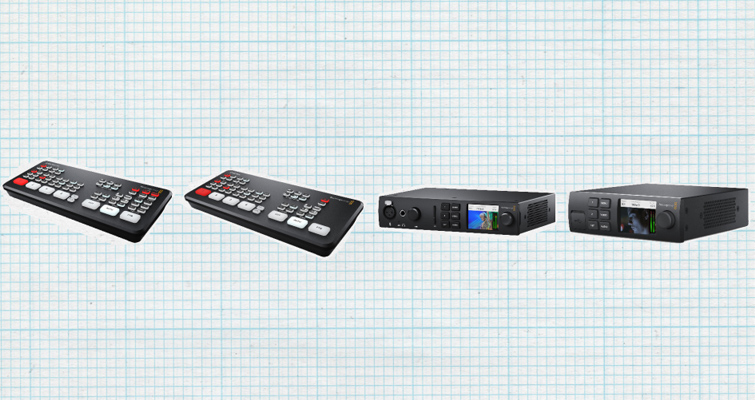 These devices offer assistance with your live stream. Image via Blackmagic.

If you have access to a Web Presenter but haven’t used one before, PremiumBeat recently produced a video tutorial on how you can use one.

However, these devices range from $295 to $995, and when we think of budget-friendly, those numbers don’t necessarily fall into that category. Likewise, they aren’t entirely practical for someone who may just want a simple plug-in-and-play device for casual online streaming.

Here’s where we can look at the Elgato Cam Link 4K. It’s a $130 HDMI to USB dongle and offers the needed functionality to connect your camera to your PC. 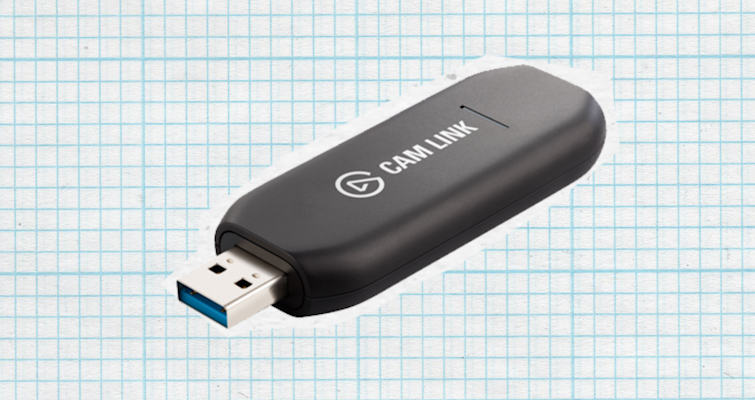 Elgato Cam Link 4K will connect your camera to your PC. Image via Lewis McGregor.

As a desktop user, I’m not the biggest fan of using dongles. Unlike a MacBook or a Laptop, I find that dongles are prone to accidentally being run into by your knee or leg, possibly damaging the USB port or the dongle itself. Even more so, in the case of the Cam Link, as we’re feeding an HDMI cable into the dongle, you run the risk of snagging the cable and pulling the Cam Link. Thankfully, Elgato also supplies a USB-3 male-to-female extension cable, so you can rest the dongle on top of your computer case. 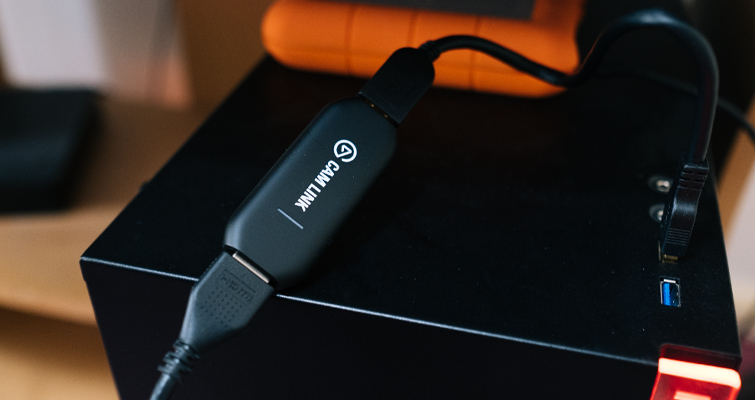 As expected, it’s a simple process to set up the Pocket 4K to the Cam Link. Connect the HDMI cable from your Pocket 4K and insert it into the Cam Link, then enter the Cam Link to your PC. There’s no need to download any Elgato-related software — a driver should automatically install. At this point, if you wanted to use the Pocket 4K in the way of a webcam — say for a browser application like Google Hangouts — you can simply hit the cogwheel in the Hangouts window and change to Cam Link.

For streaming, there are still a few things we need to adjust. Of course, to keep to the budget-friendly model, we’re going to be using a free-streaming application. I find OBS not only works the best, it’s also the simplest.

Download the software here and install the package. Next, turn the camera on and open OBS. At first, you’re not going to see any picture, don’t worry, we have to add the source. To do this, click the + icon in the sources panel and select video capture device. 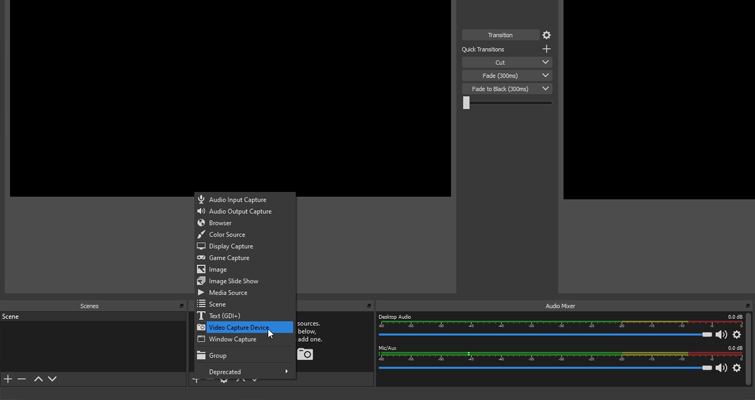 The OBS free-streaming application is easy to install and budget-friendly. Image via Lewis McGregor.

OBS won’t read the exact camera being used by the Cam Link, only the device itself, but once added, you can rename it to display BMPCC 4K or 6K. However, we run into our first Pocket 4K-related issue — both the preview monitor and source monitor is also displaying the Pocket 4K’s user interface. 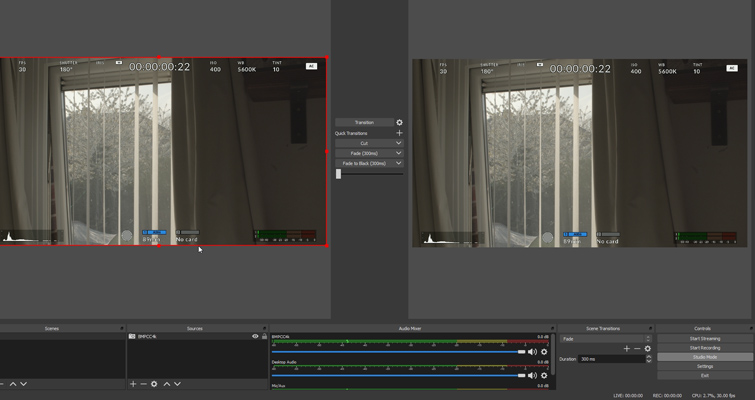 The Pocket 4K’s user interface will display both the preview monitor and the source monitor. Image via Lewis McGregor.

It’s important to remember that we’re not recording footage, just running the information from the in-camera monitor to the computer (in the same way an external monitor would respond). Even if you hide the UI by swiping up on the monitor of the Pocket models, you still receive the information from the camera to the software. Therefore, like an external monitor, we need to head into the monitor menu, select HDMI, and then turn on the Clean Feed function. 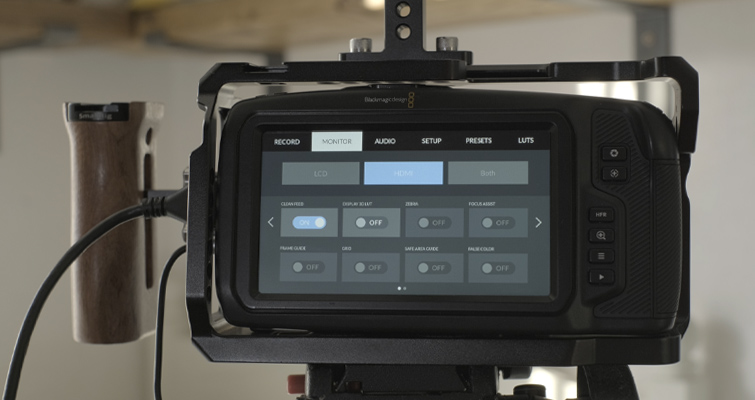 Once in OBS, your feed will now be clean. Image via Lewis McGregor.

Now, in OBS, your feed should be clean. 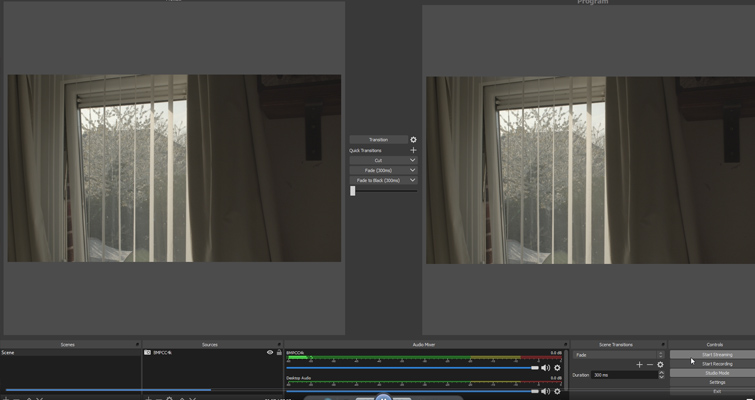 Select your streaming platform in the Settings panel. Image via Lewis McGregor.

From here, it’s of your preference to select what streaming platform you’d like to sign in with, which is configured in the Settings panel. I like to use Twitch due to its social sharing functionality. As soon as you’re signed in, you simply need to select Start Streaming, and you’re good to go. 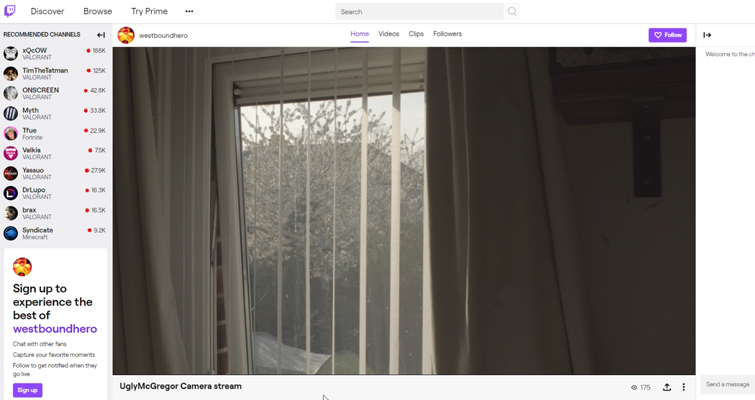 Of course, the Cam Link 4K doesn’t retain the functions of the ATEM Mini Pro or the Blackmagic Web Presenter, but for simple and inexpensive streaming, it’ll get you on the air in next to no time.

Learn more about livestreaming in these articles: