How Editors Are the True Gatekeepers of Storytelling


A look into how editors can change the way directors think and can ultimately be the brilliance behind a powerful story on screen.

Speaking as a filmmaker who also edits, I have to say: I love editing 1,000% more than actual production. And, it’s not for the reasons you might think. I really like being on a film set. I like the collaborative efforts of a team to really study, explore, and nail the perfect shot. I like the nuanced challenges of lighting and sound. However, everything — and I mean everything — hinges on the post-production process.

As they say in the industry, that’s where the real magic happens. I like it the most because it’s where you have the most control. You get to decide exactly where every scene begins and ends. You decide the order of the moments and when the audience will get to experience all the greatest parts of your project.

Editing is also fascinating because of how much it’s shaped some of our favorite films. It’s a huge understatement to say that we don’t value editors on the same level as we do directors. But, for every Quentin Tarantino, Francis Ford Coppola, and Martin Scorsese, there are editors just as important — Sally Menke, Walter Murch, and Thelma Schoonmaker — behind the scenes putting in critical work.

The Quiet Heroes of Movies 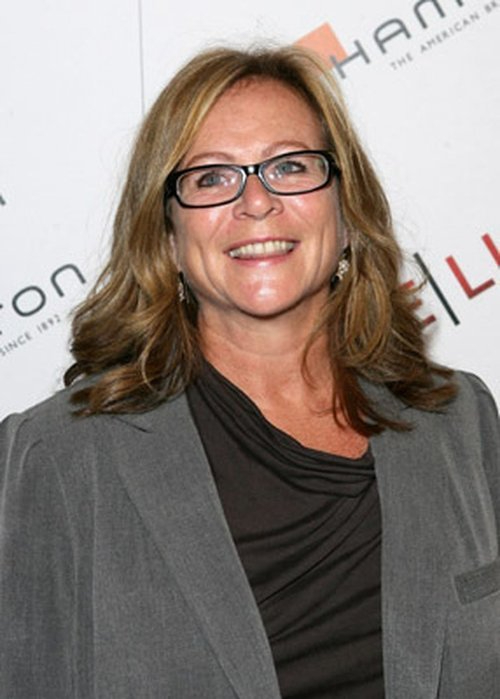 Editor Sally Menke was a longtime collaborator with Quentin Tarantino. Image via IMDb.

I think editors play a big role with directors in giving them support, making them feel like they can look at something that may have trouble or problems and be comfortable enough so that they can approach those problems.

Sally Menke, who tragically passed away far too young, served as Quentin Tarantino’s steadfast editor and longtime collaborator. She described editors as “the quiet heroes of movies” for the important — and often private and intimate — relationships editors have with directors in shaping the overall vision of a project.

In fact, Tarantino would describe Menke’s role as more than just a collaborative mind for deciding where and when to cut scenes. Instead, he likened Menke’s role as being a much more important nurturer, who was there to help guide him through the rough-and-tumble process that is film editing.

In the face of deadlines, studio meddling, and audience feedback, having a strong, yet supportive editor like Menke was one of the many reasons why Tarantino’s career was able to take off — and Menke would become one of the most sought after editors in the industry. 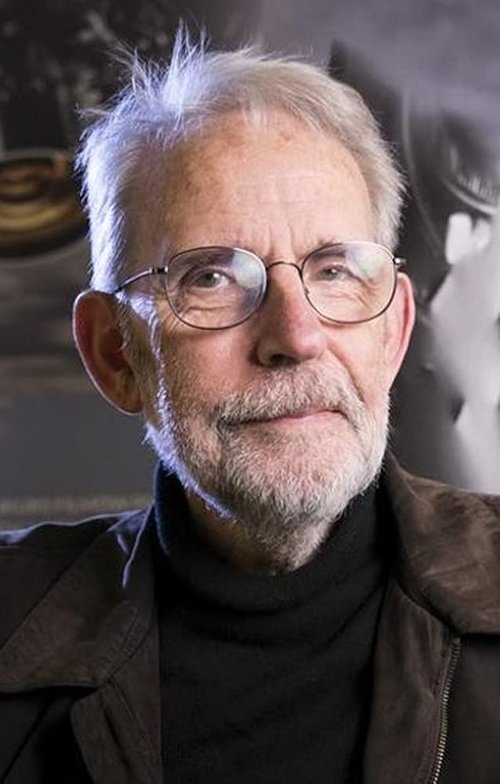 Every director is very different. They all have different modus operandi. One of the jobs of the film editor is to provoke things. “How about this? If you have a problem, could this work?” Or, when something is ambiguous in the screenplay and even in the directing, you say, “It could be this.”

When it comes to famous film editors, Walter Murch might be considered the gold standard for his work on films like Apocalypse Now, The English Patient, and The Godfather I, II, and III. He’s also won three Academy awards and was called “the most respected film editor and sound designer in the modern cinema” by none other than Roger Ebert.

However, famous as he may be, by his own admissions in an interview with Indiewire, a good editor is only as good as their film-directing partner. And, in Murch’s case, it takes a very specific type of thought-provoking, sometimes even forceful, partnership. He says it’s an editor’s job to “get a reaction from the director” in order to spark dialogue that will lead to something “better than what either of us could have come up with individually.”

He also talks about how an editor shouldn’t simply abandon their ideas. Instead, they should use their role as gatekeepers of the story as a way to challenge directors when needed.

Editing as a Form of Writing 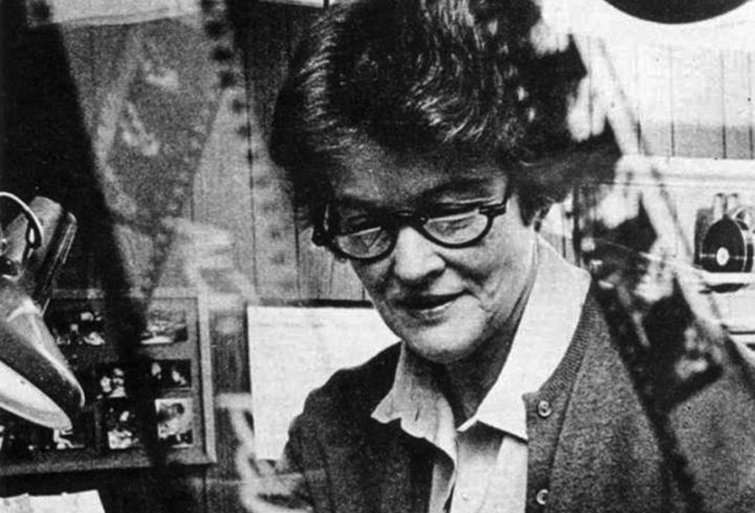 Editor Dede Allen likened her role to that of a writer. Image via IFC.

Editing is like writing with shots. And, writers are people who change their ideas all the time. Ideas evolve. They’re not bound by a formula.

One of my favorite monikers for one of the most prolific film editors of her time, Dede Allen, is her unofficial title as the “film editing doctor,” as she was renowned for her ability to perform miracles on challenging auteur-driven projects — at times, saving them from themselves.

She was also a passionate collaborator and likened her own work as an editor less as a seamstress and more as a writer, not bound by formulas or correct procedures, but as someone who could work freeform and with expression.

In an interview with fellow film editor Mia Goldman, who would remind Allen that she herself had quoted Michelangelo, who famously said, “To make David, I cut away everything that wasn’t David,” Allen would elaborate about how a good film editor really should see themselves just as a capable artist. Whether you’re a sculpture, a writer, a doctor, or a film editor, it takes a keen eye for artistry and to let your ideas evolve as you work.

The Importance of Objectivity 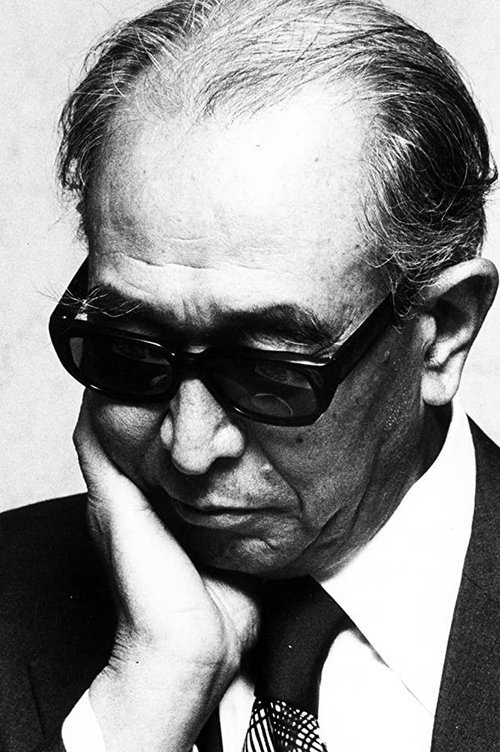 The most important requirement for editing is objectivity. No matter how much difficulty you had in obtaining a particular shot, the audience will never know. If it is not interesting, it simply isn’t interesting. You may have been full of enthusiasm during the filming of a particular shot, but if that enthusiasm doesn’t show on the screen, you must be objective enough to cut it.

While most contemporary mainstream movies work within the structured boundaries of separate writers, directors, and editors, there are plenty of examples across film history of astute auteurs who are so dedicated and focused on the craft of film that they perform each role of the process themselves. One of the most famous auteurs of all time is the classic Japanese filmmaker Akira Kurosawa, who frequently edited his own films as a way to ensure complete control.

However, in interviews, Kurosawa has proven that even he’s not immune to studying the unique relationship between director and editor and how his editor mind must remove itself from his director’s vision. It takes the same gatekeeper mentality to go into an edit with an objective, clean slate. Just because something worked on set, or is part of a specific part of an overall vision, if it doesn’t show enthusiasm on the screen in the edit, then you must make the tough decision to cut when cutting is necessary.

Build the Mystery of the Film 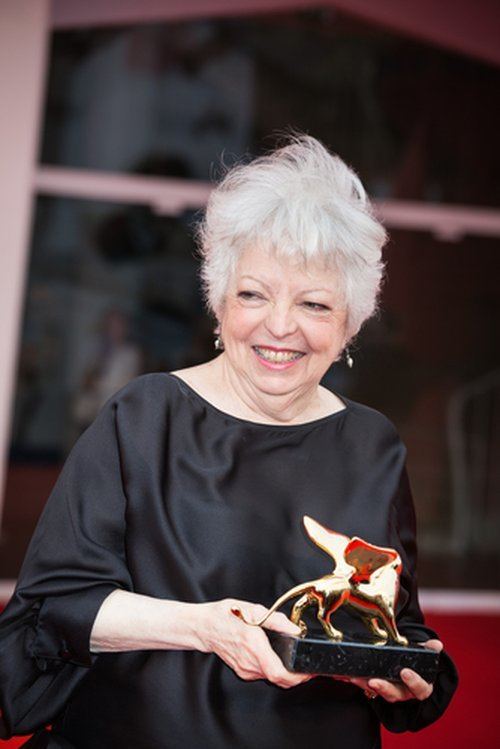 Editor Thelma Schoonmaker believes in the mystery, rhythm, and drama needed to bring a story to life. Image via taniavolobueva.

There’s a great deal of mystery in film editing, and that’s because you’re not supposed to see a lot of it. You’re supposed to feel that a film has pace and rhythm and drama, but you’re not necessarily supposed to be worried about how that was accomplished.

If we’re going to use one editor and director relationship to truly explore the dynamics of visionary and gatekeeper, we need to look no further than the partnership between director Martin Scorsese and editor Thelma Schoonmaker.

Over the course of fifty years and twenty-three feature film collaborations (in addition to eight Academy Award nominations and three wins for Schoonmaker), the duo best exemplifies just how important a strong director and editor partnership is to bringing out the best for each person — and the overall project.

Schoonmaker is about as influential as they come. Her own sensibilities into how film editing is an important part of cinematic storytelling is quite fascinating to study. In an interview with the Film Comment, Schoonmaker opens up about the importance of mystery and how the edit can create the all-important rhythm and drama needed to bring a story to life. She also goes on to describe her longtime working relationship with Scorsese and how she’s developed her understanding of what great film editing really is.

At the end of the day, the main takeaway is this: While it takes a strong directorial vision to bring a story through production, it often takes an even stronger editing gatekeeper to collaboratively bring that story to life for the final product.

For more video editing history, tips, and tricks, check out the following resources: