Take a closer look at the career of Hoyte van Hoytema and the inner-workings of his signature shallow-depth-of-field shots.

Hoyte van Hoytema’s decision to work with true auteurs has led to some of the best-looking films ever made, and his career is really just starting. His sensibilities are as definitive as his willingness to challenge the status quo, and he’s renowned for his ability to shoot characters in classical ways while still pushing stylistic boundaries. Let’s explore his rise through the film industry, starting with his work on Interstellar. 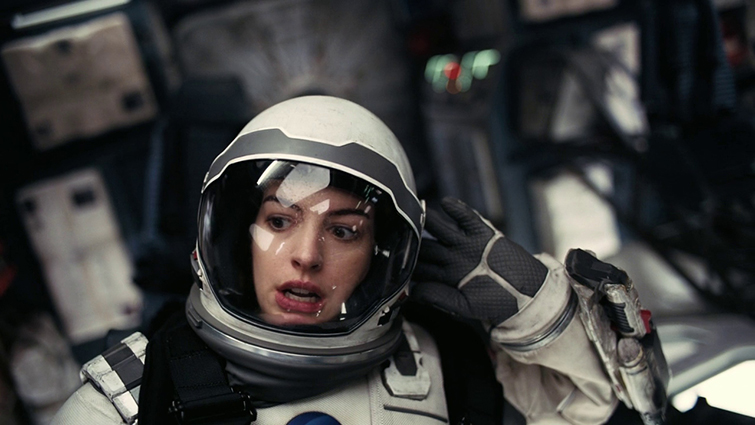 I noticed something recently while watching Hoyte van Hoytema’s contributions to Interstellar for the hundredth time: The majority of the shots that capture the crew inside their ship are super shallow. And yet, Christopher Nolan’s love for shooting with as many practical elements as possible means that the set is real. Everything was built by hand. So, why didn’t Hoytema’s shots show that off? The answer explains why I love Interstellar — and Hoytema’s work — as much as I do.

While Interstellar’s story is massive in scope, it maintains a consistent focus on character. Literally. What better way is there to keep an audience’s attention trained on your characters than to keep everything behind and around them out of focus?

When looking back through Hoytema’s filmography, you’ll find some of the most visually arresting shots in recent memory. It’s not enough to say that he creates iconic imagery. He’s accomplished something more difficult — you know his shots when you see them, but they never get in the way of the story.

Think about the scene in Tinker Tailor Soldier Spy when two characters meet on an airport runway as a plane lands behind them. Hoytema’s insanely long lens keeps the two subjects pristinely clear while everything else remains out of focus. The opening shot of Her instantly establishes how the audience should feel only moments into the film. And then there’s the shot in The Fighter that follows a telephone cord all the way around a house, keeping only about an inch of it in focus the entire time. All of these scenes are filmmaking at their finest. They’re also all perfectly Hoytema. 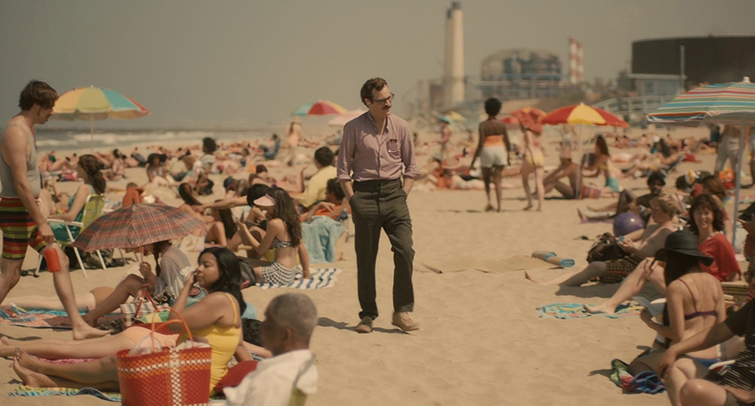 Image via Image via Annapurna Pictures.

Hoytema’s contributions to Her were important to creating the film’s final look. You’ll find numerous shots that use longer lenses to capture the main character Theo in the center of the frame.

In many of those shots, Theo is just barely in focus. The character is essentially talking to himself. Samantha is in his ear, so there’s no need to cut to or show someone else. Hoytema keeps Theo’s eyes, mouth, and shoulders in focus as we slowly experience the character’s complete isolation. What better way to represent that isolation than to keep the rest of the world out of focus? 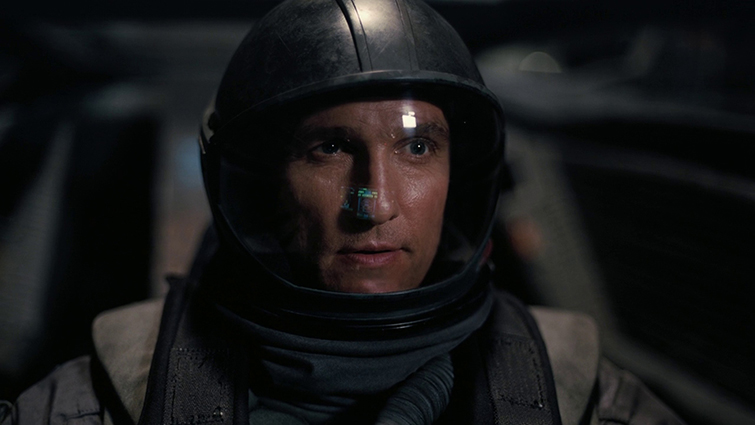 Shallow shots aren’t the only Hoytema calling card. There seems to be a consistent look to his compositions as well. As seen in Her, he often places his subjects near the center of the frame. Speaking with American Society of Cinematographers, he explained why, even when shooting on large format film with IMAX cameras, he chose this “front and center” approach to shooting the cast of Interstellar.

“What if we used this extremely beautiful medium, with so much depth and clarity and size, to do more intimate things with close focus and a short depth of field? It’s beautiful how the IMAX lenses render faces. They’re like big-format still portraits.”

This style of shooting seems to be something Hoytema finds comfort in. And while Interstellar’s innovative use of technology is remarkable, Hoytema’s next collaboration with Nolan, Dunkirk, pulled him even deeper into the rabbit hole of unconventional lenses, film, and cameras. It was a challenge he’d been working toward from the earliest films of his career. 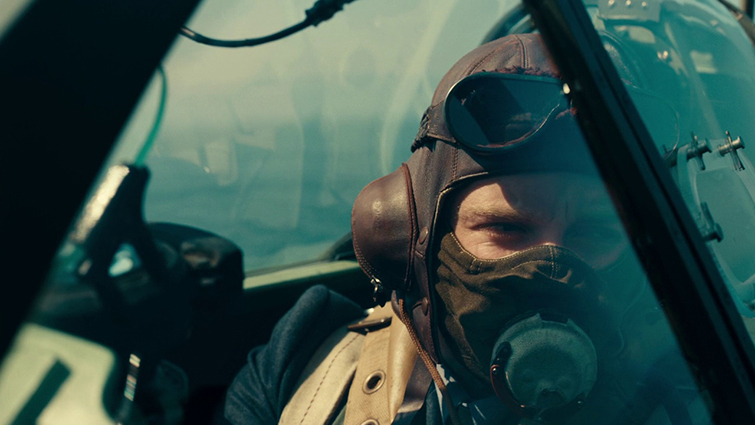 Hoytema’s career is a great example of what can happen when you take chances early on and continually challenge yourself.

On Tinker Tailor Solider Spy, Hoytema shot with one film camera to capture an extremely dialogue-heavy story, yet still managed to establish a visual style unlike that of any other modern-day period piece.

With Her, Hoytema chose to go with the Arri ALEXA for its low-light capabilities. A good bit of the film takes place in an apartment at night. This worked well with Hoytema’s penchant for shallow depth of field, allowing him to open the aperture up while keeping the lighting down. It was a perfect marriage of story needs and cinematographer sensibilities — and people like Christopher Nolan took note.

There’s a noticeable visual difference between Nolan’s last project with Wally Pfister, The Dark Knight Rises, and Interstellar, his first collaboration with Hoytema. Interstellar at times feels like it could be an indie character study. Hoytema’s shallow depth of field creates real feelings of intimacy, in part because sometimes the only thing to look at are the eyes and mouths of the actors.

Hoytema’s habit of innovation continued with Dunkirk. The old IMAX lenses he used in the cockpits were tweaked to pull off a tighter focus. Additional customization got them to a T2.0 aperture that allowed more light in and — because Hoytema is Hoytema — a shallower depth of field.

While all of this was based in the practical need to get closer to the actors within the cramped quarters of an old fighter plane, it all nonetheless fit Hoytema’s aesthetic perfectly. Working with one of the heaviest cameras on the planet as a filmmaker with a shallow-depth-of-field sensibility sounds like a focus-pulling nightmare, but the results are undeniable — and Hoytema was nominated for an Oscar for his efforts.

Looking for more on cinematography? Check out these articles.