POV is a somewhat of a universal term used in a variety of ways in video capture, however, it generally means a first-person perspective or a subjective camera angle. This definition has grown to include miniature or compact cameras that are used to add additional perspectives or unique points-of-view to enhance the viewer’s experience. The intention is to provide the viewer with the feeling of being there; to see a reaction on a subject’s face or experience an event, stunt, or a scene that would be entirely too dangerous to capture in person at the event.  POV’s are also used to enhance the excitement in the scene.

Some key characteristics of POV’s are miniature size, discreet design, durable build, and affordable price, while still maintaining similar image quality and characteristics as other larger format cameras in the production. Other important features include the ability to remotely adjust and match the cameras as environment changes and light fluctuates.

Another important factor in choosing an appropriate POV camera for an event is the camera sensor. Is it built around a rolling shutter or global shutter? The difference between the two can be quite drastic and pertains to how the sensor scans the field-of-view. One is not better than the other, each has benefits and trade-offs, and both have a purpose in video production. 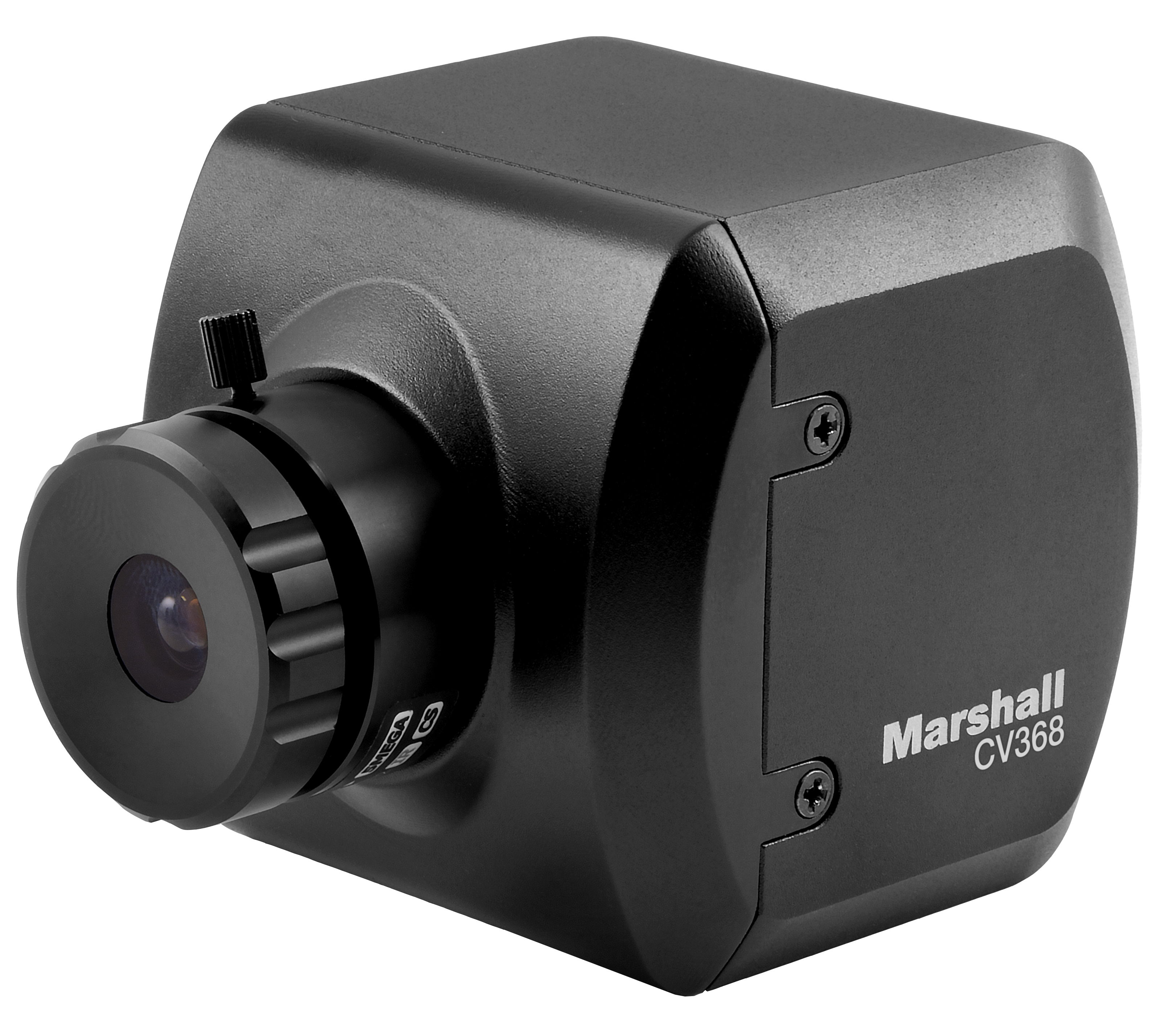 Global shutter camera sensors are nothing new to the production industry, however, when customers are challenged to capture faster motion such as cameras mounted in cars or motorcycles, motion anomalies become more of a challenge. Global shutter improves performance in fast-paced action, racing and movement to reduce motion blur, lean or distortion within the field-of-view. Global shutter sensors perform better in these environments as all pixels are exposed simultaneously. A good example of this is evident when trying to capture spinning propellers on a plane or the swing of a bat or golf club. The image would appear warped or bent. Global shutters are designed to capture this type of movement completely, one frame at a time (truer to what a human eye would see). Also, where a large display might be in the background, global shutter cameras will remove the rolling effect seen on screen.

Rolling shutter sensors scan through an image in sequence (usually top to bottom). Rolling shutter cameras are a good option for more traditional image capture, including live events with normal motion within the field-of-view. A speaker, singer or eSports athlete, for example, are less likely to contain super-fast paced movement. In these scenarios the rolling shutter sensor will have less noise and a wider dynamic range while generating less heat. Rolling shutter alternatives also have been historically less expensive than global shutter options. When there are ultra-fast objects moving in the frame or in extreme speed environments, rolling shutters can sometimes cause warping, leaning or motion blur, so it is in these extreme cases that a global shutter should be considered.

POV’s Are a Mainstay

The unique ability to remotely adjust POV cameras from back in the control room or van was a game changer when it was introduced several years ago. This has become even more relevant in today’s landscape of social distancing and having less staff onsite, as the same number of camera angles can be captured throughout a venue. In addition, the ability to adjust, paint and match the cameras, easily and remotely, are now commonplace in video production. When determining if you need a rolling or global shutter, take into consideration the need for extreme high-speed capture versus more traditional production. Marshall Electronics offers a range of cameras, and sensors, to meet any POV production need.