Being referenced as one of the best TV comedies of the year, Hacks was recently nominated for an impressive 15 categories at the Emmys. Editor Jessica Bruno has been an Avid Media Composer user for more than 20 years. We sat down with her to she discuss how she kept the project on track even when working remotely, her editing process in detail, and about her work on the first season of the show.

Jessica Bruno: Hello! I am doing well, thanks for asking. Hope everyone reading is doing great & staying safe. It has been a wild ride for my career in the past few months. I received my first Emmy nomination for editing the pilot of Hacks, my short film Sisters had its first in-person screening at the opening night of the Hollyshorts Film Festival and most recently two of my Hacks episodes were nominated for HPA awards. I should seriously consider playing the lottery soon.

Jessica Bruno: I was thrilled to be asked to edit the pilot of Hacks and cut four episodes total for season one. Lucia Aniello has been a longtime collaborator of mine, so working with her on any show is always a dream. I honestly said yes to editing Hacks without even knowing what it was, because if it is a show Lucia is involved in, I know I want to be a part of it too. I also have a previous working relationship with Paul W. Downs and Jen Statsky and am huge supporters of them as writers and creators. 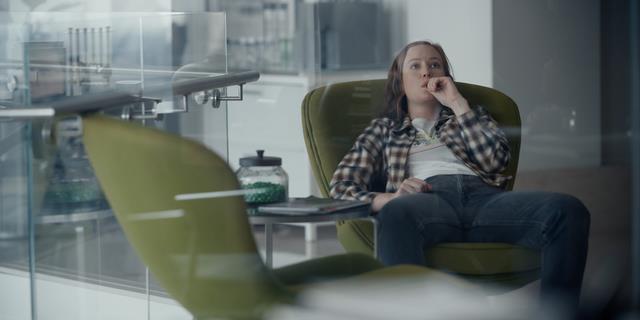 Jessica Bruno: Hacks had a very fast edit schedule and the new challenge of working remotely with the showrunners. Also, many parts of production changed daily due to Covid-related issues. It felt like an incredible achievement from all departments working together under unusual circumstances, but we were able to rise above it and create this very special show together. I am so proud to be recognized for one of the toughest, yet most rewarding, post-production experiences of my career.

Jessica Bruno: I start by reading the script and breakdown the sentiment and intention in every scene. Then when I am watching the dailies, I am looking to edit for emotional impact first and foremost. I also believe character wins over story and am hyper focused on finding the right rhythm of every scene to elevate the material and performances. In recent years I have also become accustomed to watching footage from the last take to the first take. I think the last take you can learn a lot about where the director wanted the scene to land, however time and time again, the funniest performances happen in the early takes. Ultimately, I try to find the strongest footage for both performance and technical reasons and seamlessly mix them together.

Jessica Bruno: I am still blown away, to be nominated alongside so many other talented Hacks cast and crew members. Playing a small part in Jean Smart’s legacy is a true honor and we all worked extremely hard to create a unique tone for Hacks that really resonated with a large audience.

Jessica Bruno: Avid is my go-to software to edit all of my projects. Its ability to easily handle a large amount of footage, share projects and its ScriptSync function are what makes it my application of choice. Being able to track improvised performances in the ScriptSync feature is an incredible time saver and a must have for all comedy editors.

Jessica Bruno: Investing in an iPad and using the app Notability was a game changer for my workflow, although admittedly I was working paperless before the pandemic. Nothing else has kept me as organized when editing and managing notes for multiple episodes. I can save all my handwritten and emailed notes into Notability, divided by episode number and date, which is super helpful when you’re constantly bouncing between episodes. Also, I have all my scripts, script notes and schedules in the application, which is crucial when I’m running zoom on my laptop computer and Avid on my desktop computer.

Jessica Bruno: Is there a page limit to this answer? I could write a whole novel about my favorite moments from season one if you have the time. BUT if I have to pick only a couple, I would say in the episode “New Eyes,” that I edited, one of my favorite moments is Jean Smart (Deborah) posing as her own wax figure. In the same scene Hannah Einbinder (Ava) does a split and gives the Deborah statue a double middle finger. That moment was improvised and is such an impressive physical comedy beat and it’s also hilarious.