Director of Photography Jay Keitel talked with ProductionHUB about lensing Amy Seimetz’s horror hit She Dies Tomorrow. Jay is currently nominated for a Film Independent Spirit Award for his work. The 36th Indie Spirit Awards will be announced this week on Thursday, April 22. 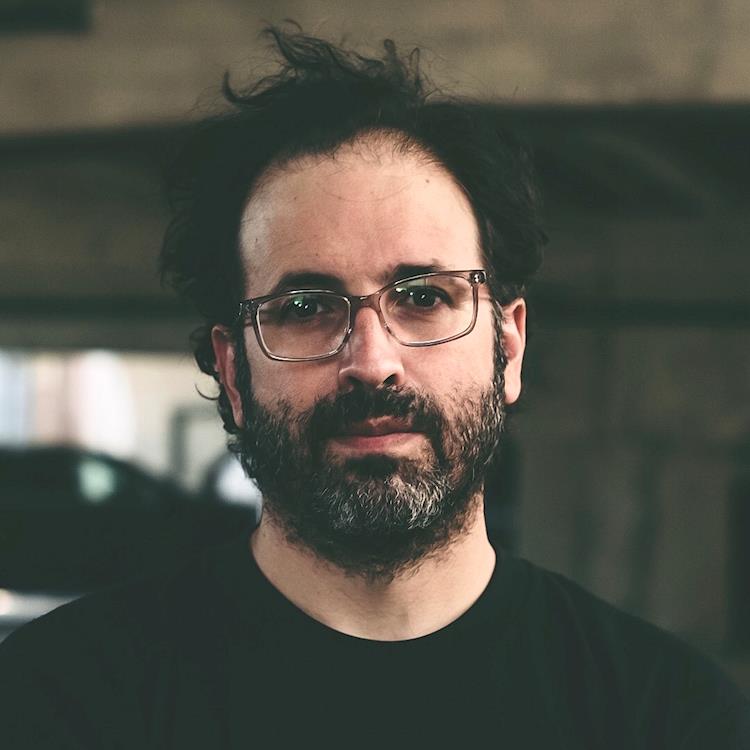 The film was also nominated for SXSW’s Adam Yauch Hörnblowér Award which honors “a filmmaker whose work strives to be wholly its own, without regard for norms or desire to conform.”

PH: Hello Jay, how are you doing? How has your work (and life) changed this past year?

Jay Keitel: Everyone’s life has changed since the pandemic and having to quarantine. I’ve been reading more scripts but haven’t been shooting as much. I’ve been taking more pictures, my primary art form, which always helps enrich my cinematography work. I shot a psychological thriller in Colorado with a small crew, which was very rewarding but very different from most of my filmmaking experiences because it was during quarantine. We were in a small, isolated mountain town working with the minimum of people. Right now I’m working on a huge show, which couldn’t be more different.

PH: How did you become interested in DP work? Did you always know you’d work in the industry?

Jay Keitel: I started out drawing, painting, and taking photographs. I was always interested in storytelling but I didn’t know what path I would take in film, whether I would want to write, direct, or be the cameraperson. I would watch Bladerunner over and over again because I thought the lighting was so interesting and the directing was so creative. Sometime around my 30th or 40th viewing of Bladerunner, I really got interested in the idea of working as the director of photography, thinking about how the shots and lighting helped tell the story. I guess what really made my interest peak and made me want to go to film school was this idea of independent film, like Wim Wenders and Jim Jarmusch movies and being inspired by Robby Mueller’s cinematography. That gave me the inspiration I needed to take the leap and start shooting, because people were making films with a small numbers of people. It was inspiring, more personal, and more realistic than thinking about working on a Hollywood blockbuster.

PH: How did you get involved with She Dies Tomorrow?

Jay Keitel: I’ve been working with Amy Seimetz for about 17 years now. She just called me up and asked me if I wanted to come over and talk about an idea and shoot something.  We talked a bit and started doing some tests at her house. And then the shooting progressed from there. Amy started writing scenes and we would shoot in small blocks, step away for a while and then come back to it. So it was shot in pieces, not dissimilar from our collaboration on Sun Don’t Shine.

PH: Can you talk about pre-production and what your approach was going into the film?

Jay Keitel: Usually in pre-production on a movie I gather references, whether they’re paintings, photographs or stills, and try to find visual examples of my ideas so that I can present them. But with this film I used my own photography as references because Amy invited me to explore further than I would normally, in a more abstract way. She really gave us space to play and that helped us explore different ideas that we wouldn’t normally arrive at. There weren’t any high stakes in pre-production. We didn’t have a finished script, it wasn’t a totally fleshed out idea, so there was more room than normal to engage with the writing process and discover things as we went along. That process was really unique, where the director is writing in parallel to the DP investigating ideas and presenting them. Usually the script is finished, you get a producer, hire the actors, and a DP comes in for prep.

PH: What message(s) were you trying to relay with this film and how did your cinematography showcase that message?

Jay Keitel: My overall idea was how to help express this feeling of anxiety, fear, confusion, helplessness, and eventually, acceptance. That’s what I was trying to do, to visually represent those things. One of my ideas for the film was to play with color texture and opposing colors within the camera, which I felt like would covey this sort of reverberation– the type of feeling you feel when you’re anxious, this oscillating color texture. I did this by using rear filters within the lens and using the balance in the camera to counter that. For instance, making the shadows warm in the lens but offsetting that in the camera to make them cool again. I was turning the dial one way in the lens and the opposite direction in the camera. You get this really interesting blend of color values. This is what you’re not supposed to do, like shooting tungsten film outside and then correcting it. It imparts these different tones into the shadows.

PH: What were some of the challenges (creative and/or technical) you faced?

Jay Keitel: As always on an independent film, it’s how to do something intricate and interesting in terms of lighting with little or no crew, which was a big challenge. The biggest challenge is to really push how much you can control with the lighting with a very limited number of people.

PH: How do you go against the grain in your work? How are you consistently pushing the envelope?

Jay Keitel: I start with how I see the script visually, which is going to be different than anyone else reading the script and seeing it, so I have a unique way that I see stories in my head. And I ask myself, how would I normally approach this? Then I think about what I wouldn’t do and maybe there’s an idea in there that’s interesting, which could be opposite of how I would normally approach something. So I try to think about all the other possibilities that would not normally present themselves to me.

I will also try to think about things I haven’t seen or felt in a scene or a shot. So in essence I’m always trying to counter something, use counterpoint in some way. I do tend to think about things a lot: the direction of the shot, where the character is, how the lighting is on their face, what does it mean, and what the location presents, because each location is going to give you yeses and noes and different variables you can push against and find solutions for. I really like having limitations, and work really well with limitations whatever they may be. I think the only way to get really interesting creative ideas is with limitations, whether you impose that yourself or it comes from the location, schedule, or time of day. And then that informs working on the stage, because instead of being able to put the light anywhere, you can think about limitations which would be more natural and/ or interesting.

PH: What are some examples of how you’ve done this in past projects?

Jay Keitel: In Sun Don’t Shine, we borrowed a film camera from Megan Griffiths. There were two zoom lenses, two magazines, and we didn’t have a tripod. We could have gotten a tripod, but we decided since that’s what we had and given the natures of the road movie (moving around really quickly), it would be handheld. So that was an idea we had based on the problem at hand and how to solve that, which helped us tell the story. We didn’t have a process trailer, car mounts, a gaffer or a key grip, so I had to come up with a way of shooting in a moving car with none of the usual equipment necessary. That the film and especially scenes in the car have a certain energy because we were solving those creative problems by finding new ways and new ideas.

PH: What are some of the characteristics of a great director of photography?

Jay Keitel: I think you have to be a good listener, have and appreciate your own unique way of looking at the world, be curious and excited to meet new people and to go on new adventures. It’s important to be sensitive enough to the actors’ performance to help them, to create a supportive shot for them that is aligned with their take on the character. Personally, I think I’m a very hyper aware person; I tend to see problems coming and I’m able to quickly pivot or adjust. I think all of those things help a DP fulfill the director’s vision for the movie.

PH: How have you (and your work) evolved? What have you learned about yourself and the industry?

Jay Keitel: I’ve become more comfortable with my personal aesthetic and what I appreciate. The more you know yourself, the better a cinematographer you can be. The more I identify what I appreciate aesthetically, the easier it is for me to find the look or tone for a project. For me, if I want to improve and go further in my work, I have to go further inside to know myself more. In terms of the industry, I’ve learned that what’s important to me is to be able to work with people that I enjoy working with because those relationships are the most important thing to me. The harmony of your crew and the people that you’re making the project with is directly related to the outcome of the film. The more common interests or goals you have with the crew, the more you’re going to get to the heart of the story and be able to tell it in the best way possible. That’s just my experience.  And for me, it’s important to be able to work on projects that are telling stories that resonate with me personally. I’ve also enjoyed talking to younger cinematographers about their process and how they can realize their potential. I had a lot of those conversations during quarantine this last year.

PH: (In your opinion), what does the future of cinematography look like? How will it continue to evolve?

Jay Keitel: I really think cinematography will continue to evolve on a very personal level with independent filmmakers. The only hope for cinema are new, younger voices who will solve the problems I’ve been talking about in new and creative ways. That’s the way I see it growing.