In this video, we’ll take a look at some of cinema’s most iconic villains and learn how lighting and color grading contributes to their aura of menace.

For as long as movies have had good guys and bad guys, filmmakers have been searching for ways to represent villains in a way that influences their audiences to root against them. This started with classic 1920s horror uplighting — which we’ve covered before — but over the next few decades became a set of tropes and techniques that are still used today. 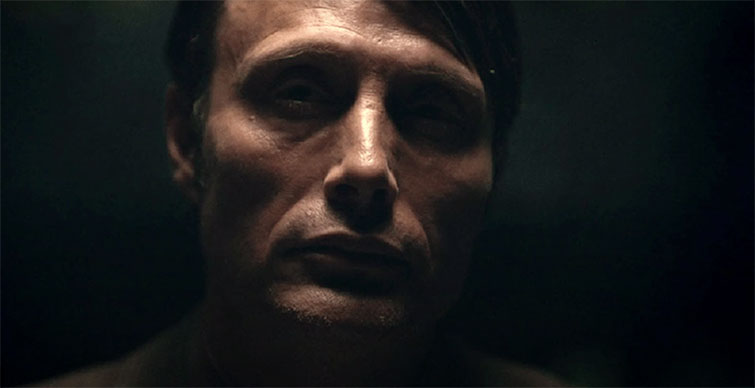 Strong top-down lighting throws the eyes into shadow and brings out the “skull” shape of the face. This has been used by numerous DPs to make villains look less alive and more dead, none more famous than Hannibal the Cannibal.

By hiding the eyes, we obscure the connection we feel for other humans. This is probably why a lot of iconic villains wear masks. 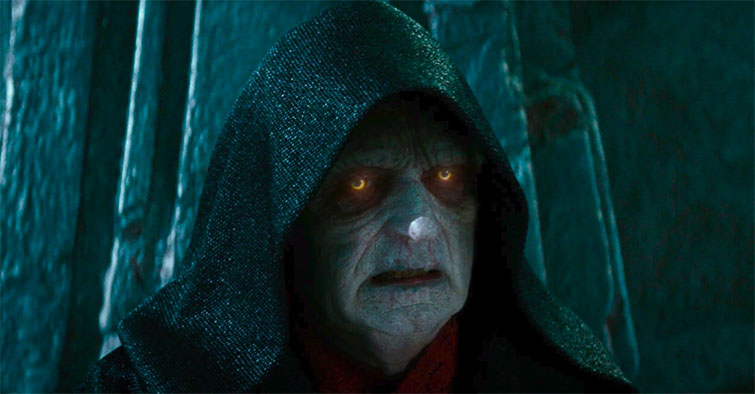 Once ruler of a galaxy far, far away, Sheev Palpatine is a classic evil wizard trope undated for a space opera. In his latest incarnation in The Rise of Skywalker, he gets the extra horror treatment of being presented in total silhouette, only lit by alternating flashes of light.

The fact that we can’t clearly make out his face makes him even more frightening. The flashes are just fast enough to trigger the visual phenomena known as “persistence of vision,” yet leave us unsure of what we think we’ve seen. 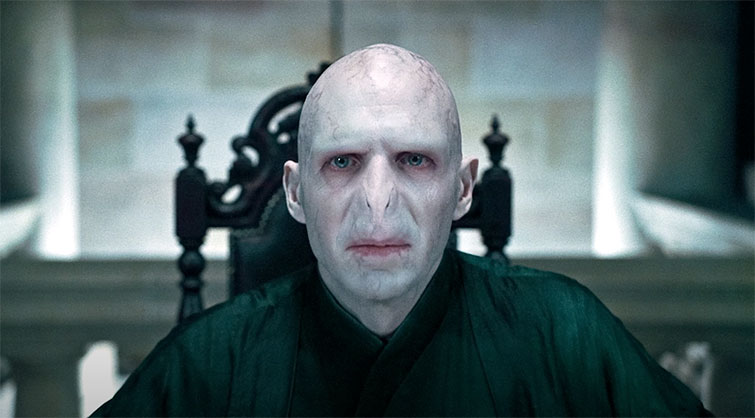 Coming relatively late to the party, the Harry Potter series looked for a way to represent its main villain, Lord Voldemort, in a way that didn’t seem like too blatant of a ripoff from previous villains. They settled on a very interesting “Super Flat” style of lighting that sets Voldemort apart.

Voldemort is a character that has surrendered his humanity, losing his nose and hair along the way. Lit from overhead with a large, soft source, we struggle to find any features of the evil wizard to latch onto, but are also frustrated by his total lack of human features. It’s the opposite of the Skull Lighting, but is equally unsettling to our deep brains — being almost too nondescript to resolve.

Interested in the tracks we used to make this video?

Looking for more cinematography tips and tricks? Check these out.