Be Electric Stays the Course


For this edition of Pivot Point, I caught up with Sean Whalen, Studio Director for Be Electric Studio located in New York City. Be Electric has been around for a while but working in the epicenter has meant a real change. Sean filled us in on what it has been like for Be Electric and the people he works with since the big switch to “remote” workflow.

BE: The studio’s founder Andrew was a war photographer for a long time, I was a barista who moonlit as a photo assistant. Andrew opened up the first stage on Starr Street to help subsidize his personal rent but found that there was a high demand for studio space in Bushwick (this would have been like 2012). He opened Studio 2 over on Willoughby Ave in 2014 and brought me into the company in 2016 to manage bookings. We both came into production as outsiders (but with a lot of management experience), which honestly I think has been really useful. We’re not bogged down by the inside-the-box thinking and dogma that some folks who’ve been in the industry for decades otherwise might be!

BE: We started off as a photo studio, but quickly realized that photo budgets were too small to sustain any meaningful kind of revenue. At the same time, demand for short-form video content (Instagram, YouTube, Facebook, etc.) started to increase, and over time we began sound proofing our stages to accommodate for this kind of traffic. We primarily work in commercial production, however, we recently got Level 2 tax credit certified here in NY State, and have over the past year hosted a bunch of television shows and films as well. Overall I’d say we either do or have done just about every type of production you can think of.

Our team has been doing live streaming since 2012, but with the onset of the COVID-19 pandemic, we found that demand increased pretty significantly. 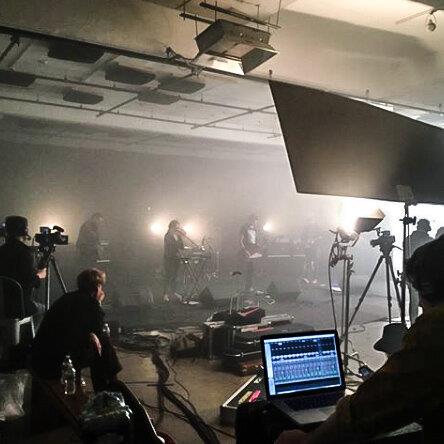 PH: What is going on with your company right now and what are clients asking for?

BE: For the first week of the shutdown our clients weren’t asking for anything! No production was happening at all, and I think everyone was scrambling to figure out how to cope with the circumstances. People were trying to figure out how to sterilize their groceries and probably didn’t have time to produce commercials! The past few weeks clients have been asking us more and more about how to do no-contact shoots, how their clients can remain involved while being offsite, and how they can move their events from in-person to digital. The whole process of figuring things out has been crazy because I think before this social distancing thing started there was really no reason for a lot of these types of production to exist. People are asking for things that may never have happened before, so it’s been a really interesting and exciting process to figure out new solutions for these types of things.

PH: Can you give me an example of a production that might have been a traditional multi-camera shoot and how it turned into a streaming thing?

BE: We were approached by a group in early March that had a live, in-person event with 100 attendees and a 5 person panel giving a talk. This was before everything was shut down, but they were nervous about bringing 100 people into a room together (for good reason!). We got the call on Friday, and the event was to take place on Monday. We transformed the event to an online-only, virtual panel. We filmed from several cameras, maintaining 6′ minimum distance between the cameras, and the audience joined by clicking a link. We set up an email address for questions and were able to let the audience still ask questions. The clients were delighted with how it turned out, and they were able to more than double their audience size!

PH: What kind of info do you need from a potential client and how quickly you turn it around?

We need to know what the event consists of (some version of a ‘run of show’), how long the event lasts if they need graphics, the ability to play prerecorded content if they want audience interaction if they want a rehearsal, all of the basic elements of a broadcast. We’re able to execute extremely quickly if necessary (see above example, we got the call on Friday, and were in the client’s office on Monday morning). 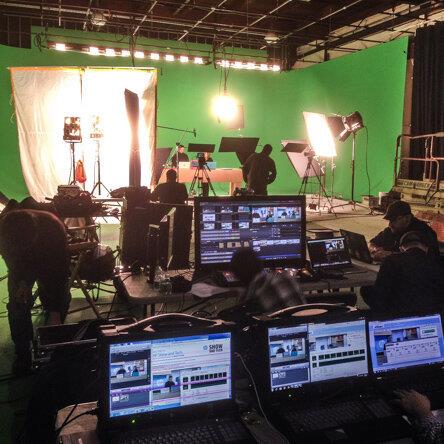 PH: Anything you want to add?

BE: Being in NYC right now is pretty strange as I’m sure you can imagine. The really bizarre days are the ones where the sun is shining and it’s warm and beautiful but people are flinching at one another when they pass on the sidewalk. I’ve heard people compare it to 9/11 (I wasn’t in NYC at the time so I wouldn’t know) but honestly, this appears to be totally uncharted territory for most of us.

Be Electric is proof positive that with the right roll up the sleeves attitude and smart thinking, studios will continue to adapt to the oh so rapidly changing production landscape. To quote my favorite Ringo song “ It Don’t Come Easy”.

But this is what we do. Change happens every day in the production world. These past few months have been the biggest change but production people are a very smart bunch and we will all figure this out together.