Why Drive-in Movie Theaters May Be the Future of Film


In the wake of a pandemic, traditional movie theaters are struggling, but a sudden resurgence in drive-ins just might save the film industry.

For many of us who were born long past the drive-in movie theater’s heyday in the 1950s and ’60s, our only experiences with this movie-going format comes from old movies (most of which we’ve either watched in traditional movie theaters or streamed at home). However, in light of recent world events that have turned modern cinemas into ghost towns — and put major motion picture releases in a holding pattern — it’s these long-gone drive-in theaters that might be the industry’s next best hope.

As COVID-19 affects daily life across the globe, the few drive-in movie theaters still in existence are some of the first places to reopen, or in many cases, they never closed at all. Right now, and for the foreseeable future, they’re the only communal opportunity for people to watch movies with their families and friends (and a bunch of strangers). While the early numbers are just starting to come in, there are some encouraging signs that drive-in theaters might just be the best social distancing-friendly pastime for film fans everywhere. They could also be a boon to the greater film community, helping it rebound a bit quicker in light of such a devastating pandemic.

Let’s see how a new generation of old drive-ins are adapting the movie-going experience. Of course, drive-ins aren’t the only sign of a changing industry; shut-downs have also accelerated a move to video on-demand — you can read about it in our article on streaming culture in quarantine.

The History of Drive-ins 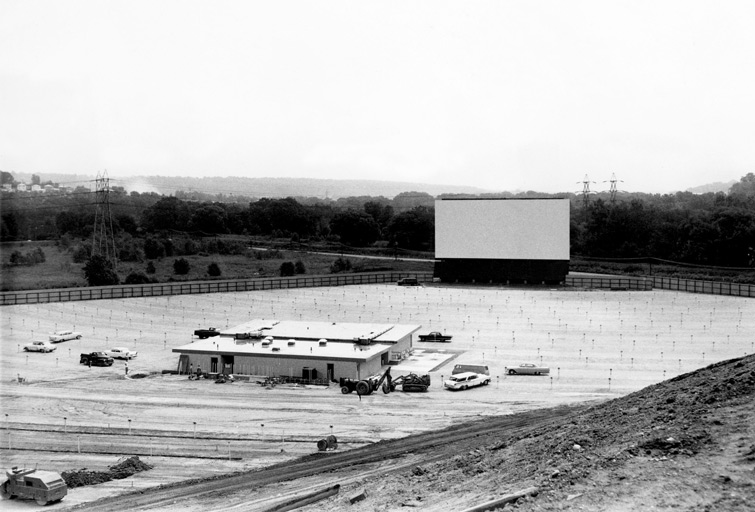 An drive-in theater under construction in Ohio, 1957. Image via Everett Historical.

Before we look towards the future, let’s take a gander back at the past. The concept of a drive-in movie-watching experience can be traced back to the earliest days of cinema (albeit with a looser definition of “driving-in” than the one we’re familiar with). Besides informal community gatherings around a projection screen, the first official drive-in movie theater is the one in Camden, New Jersey, which was patented in 1932 by chemical magnate Richard M. Hollingshead.

The Dying Days of Drive-ins

From there, and thanks in large part to the rise of automobile culture and the growing suburban population, the drive-in theater became a hallmark of 1950s and 60s culture. It was one of the favorite pastimes of both families and young adults, alike. However, film fans moved away from drive-ins in the 1970s and 80s in favor of traditional theaters, and eventually, home video. Besides a few token theaters scatter across the US, they’ve largely disappeared since the 1990s onwards. 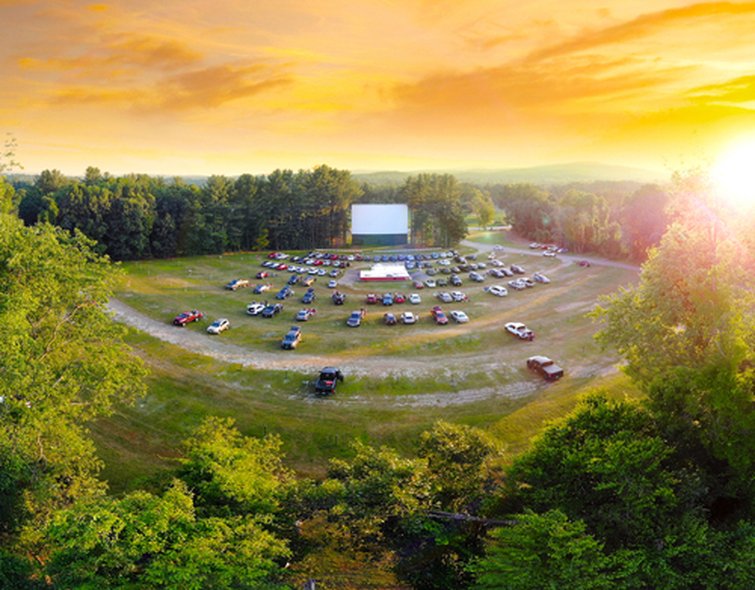 An aerial view of the Northfield, MA drive-in movie theater at sunset. Image via Gabe Shakour.

According to reports from news organizations like CNBC and CNN, drive-in movie theaters are experiencing a sudden resurgence as both quarantining and social distancing measures put a strain on our usual entertainment pursuits. For the few drive-ins that were still operating regularly before quarantine, numbers are suddenly growing for a change. And, for many drive-ins that were recently shuttered — or not used regularly — the increased demand has caused many to reopen and scrabble to accommodate new customers.

The New Breed of Drive-ins

Drive-ins operate similarly to regular movie theaters, but with some key differences that are important to understand if we’re looking to see whether these new drive-ins will actually help kick-start Hollywood. It’s no secret that traditional movie theaters get most of their income from food and drink sales, not the overhead from ticket prices. Drive-ins are no different, although their operating costs are much lower since they’re outside and don’t have to provide heat and air conditioning.

Many new, re-opened, and long-standing drive-ins are finding new and creative ways to serve their sheltering and social-distancing customers. Carhops might not exist like they used to, but other modern trends like food trucks and pop-up shops are new options for those showing up for a double feature.

What Does the Future Hold? 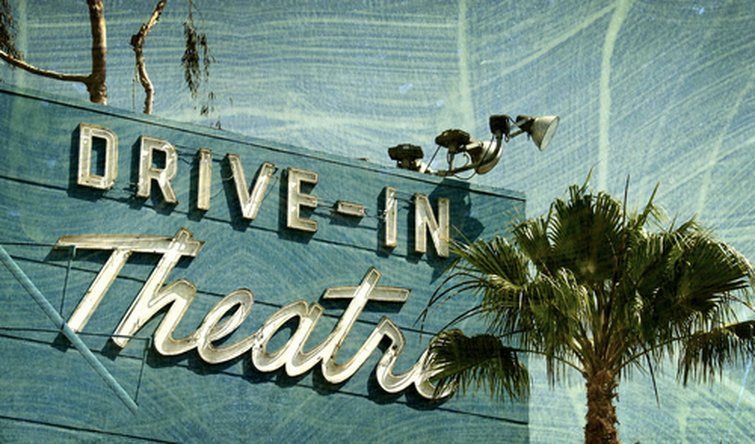 Still, the question remains if these drive-ins are just a cool distraction during some serious times, or if they’re actually a realistic means to quickly restart an industry that has been suddenly shuttered. Since the coronavirus pandemic hit the United States in March, box office numbers have fallen to nearly zilch. Studios have scrambled to delay releases — like the James Bond thriller No Time to Die and F9 (Fast & Furious 9) — until the next season at least, or in other cases, cancelled projects indefinitely.

One foreseeable problem is that while these drive-ins might find some initial success due to the novelty of getting out of the house, there simply aren’t any blockbuster titles to keep people coming. If Hollywood can pick up production enough to complete its latest projects, and if enough drive-ins can pop-up and maximize their capacities, it might be a way to bring box office numbers back from the brink.

Overall, the next few months will define the next few years for the film industry, as the delays, layoffs, and cancellations cause long-lasting ripple effects. That said, if you’re looking for a good time and to get out of the house in a safe way, going to a nearby drive-in might be your best bet — not just for a good time, but also to help save an industry that has never been this endangered.

For more industry insights and filmmaking tips and tricks, check out some of these articles below: