Up the Ante in Action Sequels Through Character Development


There’s a right way and wrong way to raise the stakes across an action franchise. Here are some examples of both.

While I love action films with all of my heart, I will concede that a lot of the genre’s sequels can be over the top. It happens because, with each new installment, producers and writers are challenged with creating something fresh — while still appealing to the franchise’s core audience. They don’t want to change the characters we love, but they still have to find ways to up the ante and raise the stakes.

Often, the go-to answer is to put the characters in bigger, more exciting set pieces. Unfortunately, this approach often leads to ridiculous, cartoonish action. (Looking at you, Fast and Furious franchise.)

So, how do filmmakers raise the stakes without making the action totally absurd? The answer is as simple as a Michael Bay film is bombastic — character development.

We have to care about a hero’s journey and well-being. We need to see heroes struggle and grow from sequel to sequel as they lose and learn over and over. If our hero is exactly the same in every sequel, our emotional investment wilts and the franchise becomes stale.

The Turmoil of Martin Riggs

Take a character like Martin Riggs from the Lethal Weapon franchise. Riggs remains fairly unhinged throughout the entire run of sequels, but there’s still undeniable growth. The clip above is classic Riggs. He’s a man pushed to the edge by his inner turmoil, his suicidal death wish compelling him to take risk after risk.

Over the first three Lethal Weapon films, Riggs faces his inner turmoil. Eventually, he overcomes it — but he never stops taking risks. As you can see in the clip below, from Lethal Weapon 4, the difference is that his late-career risk-taking is fueled by being unable to accept that he’s aging.

By the final franchise installment, his arc is explored and developed. He’s a different man, but he’s still classic Riggs.

In the end, we’re invested and we’re excited for his growth and we relate. Because, just like us, he’s had to adapt to a world that just won’t stop spinning. Just like us, he’s “getting too old for this sh*t.”

The Highs and Lows of Thor 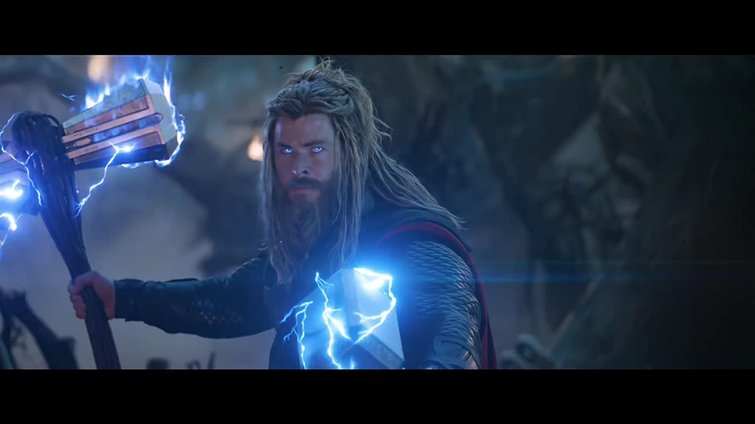 One character Marvel did a great job developing across their cinematic universe is Thor. As the films unfold, the character is forced to face his own shortcomings — and the fate of the universe depends on his growth. No pressure.

As he loses more friends and family over the series, he finds new heights of heroism and suffers staggering lows of desperation, guilt, and pain. It all comes to a head in Avengers: Endgame.

Yes, every character experienced great loss, but they all carried on with their lives in one way or another. But, when we first see Thor in Endgame, he’s given up on everything (except beer and video games).

It was surprising to see Thor in such a state, and it set the stage for real character development. His arc went to fresh places no one expected. Thor remained interesting, relatable, and worth our emotional investment.

The Fast and Furious Mission

If characters never progress, then there’s only so much we can invest in them. Just like in life, it’s frustrating to see people not grow and mature. Let’s take a brief look at how this rings true with the Fast and Furious franchise.

On the surface, this sounds like character progression. It’s not. Every character is exactly the same — it’s the mission that changed. There’s no inner turmoil related to the fact that they’re former thieves who are now government agents.

There’s no redemption arcs, no changes of consciousness. Instead, the writers merely drag and drop the characters into increasingly outlandish set pieces.

If you’ve never seen a Fast and Furious movie, watch the first one, and then jump ahead to the most recent sequel. For now, compare the chase scene from the original The Fast and the Furious (at the start of this section) to this set piece from 2015’s Furious 7.

Pretty nuts, right? Look, none of this is to say that the films aren’t entertaining. They are. Nonetheless, the characters are stunted, so the action has been forced to ramp up from relatively realistic to insanely absurd  — a perfect example of, “welp, how do we top the last one?”

With the MCU and Lethal Weapon series, the action stayed reasonably grounded in the rules of their respective established universes. Certain elements are exaggerated here and there, but the level of action feels pretty consistent across sequels.

You could argue that the action between Iron Man and Avengers: Endgame changed dramatically, but that’s from the perspective of Tony Stark. From Thor’s perspective, the action hasn’t changed much at all. He grew up fighting giant magical space monster armies, so Thanos is sort of business as usual. We already touched on Thor, but let’s dig a bit deeper.

Character development doesn’t mean changing the character entirely. When audiences see Thor in a Marvel movie, they can rely on his key characteristics. Thor is noble, faithful to his friends, and believes in justice. Those attributes never change — but how he perceives and projects those ideals does. In his first film (see clip above), Thor perceived nobility as power. Faithfulness to friends meant “us versus you,” and justice meant “might is right.”

But as Thor develops, his selfish use of power changes to selfless sacrifice. He grows to understand that enemy lines are more blurred than defined, and justice doesn’t mean absolute punishment.

All of his newfound beliefs are put into question as his story moves toward Avengers: Endgame, where he’s lost his cockiness and self-confidence. He has no belief in himself as a hero — until hitting rock bottom forces him to reconsider what being a hero even means, all as cosmic annihilation looms.