Rodrigo Prieto is one of the industry’s most successful, acclaimed — and hard to pin down — DPs. Let’s discuss the enigma of his cinematographic style.

Rodrigo Prieto is one of the most successful and awarded DPs in the world. He’s shot films with Ang Lee, Pedro Almodóvar, Martin Scorsese, Alejandro Iñárritu, Oliver Stone, and Spike Lee. He’s been nominated for three Oscars.

Yet, despite all of this, he is something of a mystery.

Because, unlike contemporaries like Emmanuel Lubezki and Robert Richardson, who have easy-to-pin-down visual hallmarks, Prieto is able to effortlessly change styles with every film, making him a bit of an enigma in Hollywood. Let’s look at a closer look at his approach

Rebel with a Cause 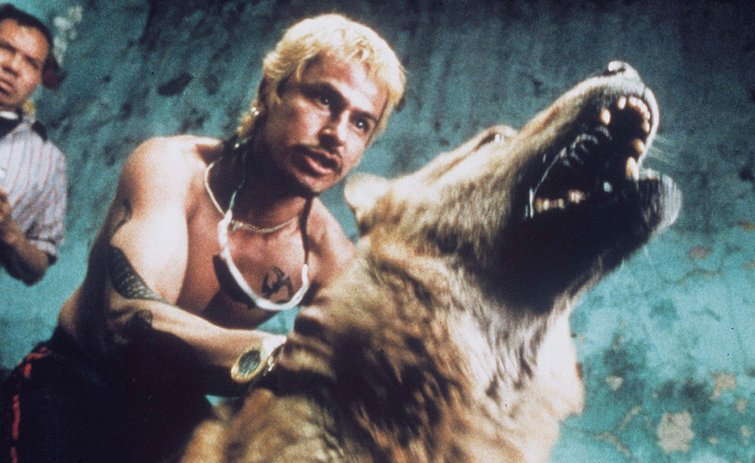 Prieto took cinematography to the next, unprecedented level by rebelling against studio-dictated standards. Image via AmaFilms.

To understand why Prieto is so successful and his style so elusive, we must first understand what Hollywood was like in 2000, when his work on Amores Perros gave him his first taste of international attention.

At the time, most films were shot by a handful of DPs, and most were using a style that had changed little in decades. Take a look at the film that won Best Oscar for Cinematography in 2000 — American Beauty, shot by 74-year-old Conrad Hall. That film is mostly remembered for the transcendent image of a naked Mena Suvari raining rose petals on Kevin Spacey. But while the rest of the film is well-shot, it looks pedestrian by today’s standards.

About this era, Prieto states, “Studios were tight. No new DPs were shooting anything. The studio DPs were using 1950s lighting…in the 1980s. So, in a way, we were all rebelling against the look.” 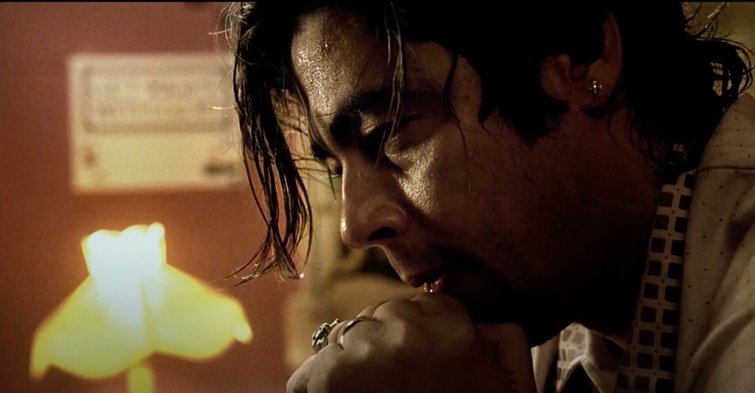 Lubezki joined Prieto in breaking the chains of cinematic conformity in his unconventional approach to filmmaking. Image via Focus Features.

Prieto and his fellow Mexican DP Lubezki injected new life into cinematography, taking advantage of smaller cameras and faster film stocks, freeing it from studio-dictated lighting ratios and standards of beauty. They shot mainly handheld in real locations and used color and texture to evoke a vivid, dreamlike atmosphere.

They threw out the rules of conventional cinematography that dictated how to approach eye lines, angles, ratios, and coverage. They championed camerawork that wasn’t afraid to bring the audience into the center of the action and come face to face with human emotion. They photographed performances in a way that would’ve been considered too intense by old Hollywood standards, but it was a perfect match for new actors who wanted to push the limit. 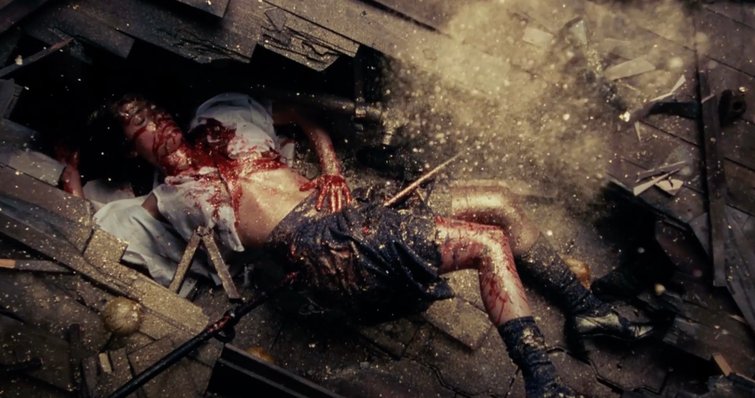 Frida is a perfect example of Prieto’s cinematic sensibilities appealing to a director’s creative side. Image via Miramax.

Twenty years later, these elements have become the standard in Hollywood; most DPs use some or all of them. Innovations that Prieto made as part of a new generation of DPs are now the norm.

As Lubezki became almost a household name and developed a signature style, Prieto carried a more adaptable version of this sensibility that appealed more to directors who were used to being the creative leader on set, but still wanted to work with someone who could inject life into their films.

It seems to be a role that suits Prieto’s personality perfectly. “I try to disappear on set,” he’s been quoted as saying. “The paraphernalia of cinematography can be a lot. I try to make it as unobtrusive as possible. I want the actors to be only thinking of their character and their intent, not the camera.”

In an interview on Cooke’s YouTube Channel (see clip above), Prieto states that, after spending months on set with Al Pacino shooting The Irishman, he ran into the actor at the premiere — and Pacino didn’t even recognize him. 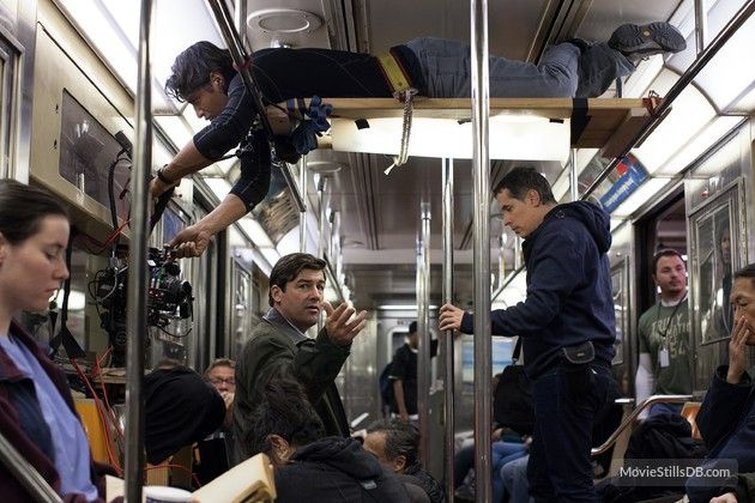 Prieto’s crafty solution for shooting in a cramped space. Image via Paramount Pictures.

Never afraid to operate the camera himself, Prieto also likes to come up with down-and-dirty solutions to cinematography problems that’d make most Hollywood DPs blush. Running out of room on a subway shot from The Wolf of Wall Street, he had a member of the crew stuffed into the space between the train ceiling and the handrail so that he could operate the camera from above. 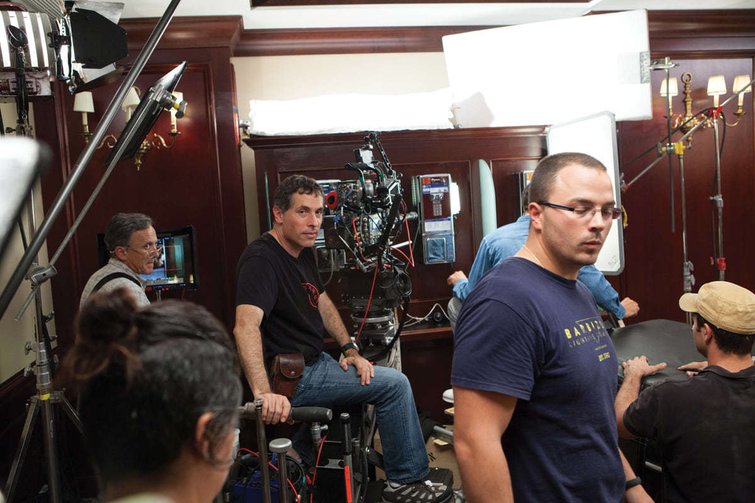 Prieto incorporating “bounce” while lighting a phone booth in The Irishman. Image via Netflix.

Lighting-wise, Prieto is the master of the bounce, which he uses to bring up exposure levels without creating harsh shadows. Many of the interiors from The Irishman were lit with compact HMI fresnels punched into polyboard that was cut to size and placed above the actors. This allowed Prieto to avoid having bright lights near the actors’ faces and gave him the ability to control lighting by adjusting the relatively maneuverable polyboard rather than the light itself. 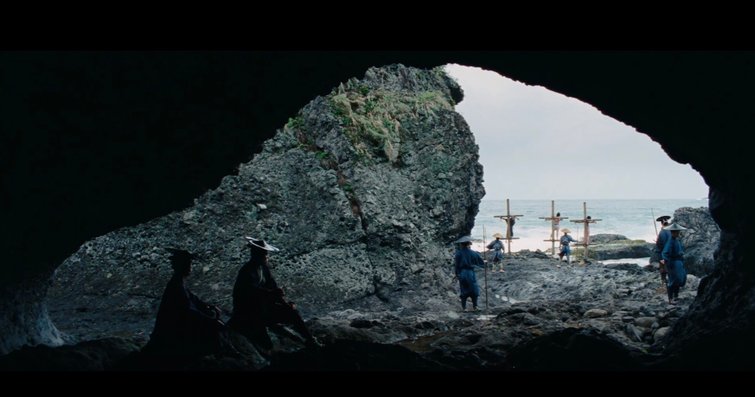 Inserting the audience into the human experience through imagery. Image via Paramount Pictures.

Content to stay in the background and let his work speak for itself, Prieto likes to make every film different. The three films he shot for Scorsese — The Wolf of Wall Street, Silence, and The Irishman — couldn’t be more different.

Each one uses its imagery to bring the viewer into the characters’ world. Each film transcends its subject matter to say something universal about human experience. It’s this transcendent approach that perhaps reveals everything we need to know about the enigmatic Prieto himself.

Keep exploring the world of cinematography: