Based in Sun Valley, Idaho between the Sawtooth and Smoky mountain ranges, production company Idarado Media is perfectly located to capture the thrill of the great outdoors against breathtaking views of the surrounding unspoiled landscape. Founder and DP Cory Smith founded the company after 15 years at performance sunglasses and goggles maker Smith Optics.

“We did a lot of stuff with video, but it was different,” says Smith about his time at Smith Optics. “We would film all season and then release a DVD, and then it would go out to the world. In the time I was there, I watched the rise of the internet, video streaming and people consuming content on their phones and computers. If you think back on it, it happened so quickly—people were using a computer for email, then all of a sudden, you’re watching a video in an email as an attachment. And then suddenly you’re watching it on YouTube or Vimeo or whatever. Now, it’s just a ubiquitous thing.”

Smith founded Idarado Media after Smith Optics relocated, taking them on as a client alongside Traeger Grills, which is still one of its main clients today. 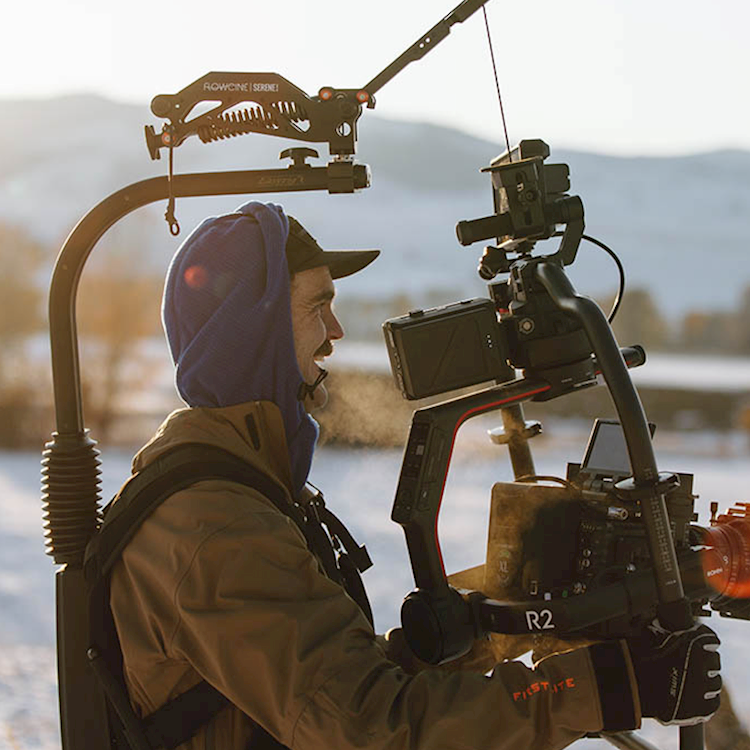 “What makes us unique is that we’re out in the field doing a lot of the things that these outdoor brands aspire to market,” Smith explains. “We’re all passionate skiers and snowboarders. We hunt, fish, camp and do all those things that are in the outdoor space. So we create video and photo content that’s authentic and isn’t a contrived version of that. We walk the walk in a sense. That makes a huge difference to brands because they have authentic imagery of their gear being used by real people in real environments. Our location is a big part of that too. Sun Valley Ski Resort is literally outside the window. So, we’d go out at lunchtime and take a few runs and then come back to work.”

Despite being a small company with just five full-time employees, Idarado Media shoots large volumes of high-resolution footage, which all needs to be ingested and edited back at the office. The team shoots mostly on RED cameras, which create large REDCODE RAW files.

“We’re shooting at a minimum of 4K. A lot of times, we’ll shoot in 8K. And we’ll have two or three cameras on a shoot and we’re just filling cards as quickly as we stick them in there,” says Smith. “The real challenge for us—and I think for almost everybody in this space—is what do you do with all of that raw footage once you come back to the office with it? We’re not a major LA production company so it isn’t feasible to buy multimillion-dollar server racks to accommodate all the footage we’re shooting.”

In the past, the solution had been to put the footage on small 1-2TB remote drives and work off those. They’d then plug the drives into someone else’s machine to work on, and so on, down the line. The team quickly realized that in order to have a library of footage for multiple clients, they needed a solution that would allow them to access footage at any given time from any one of their terminals. 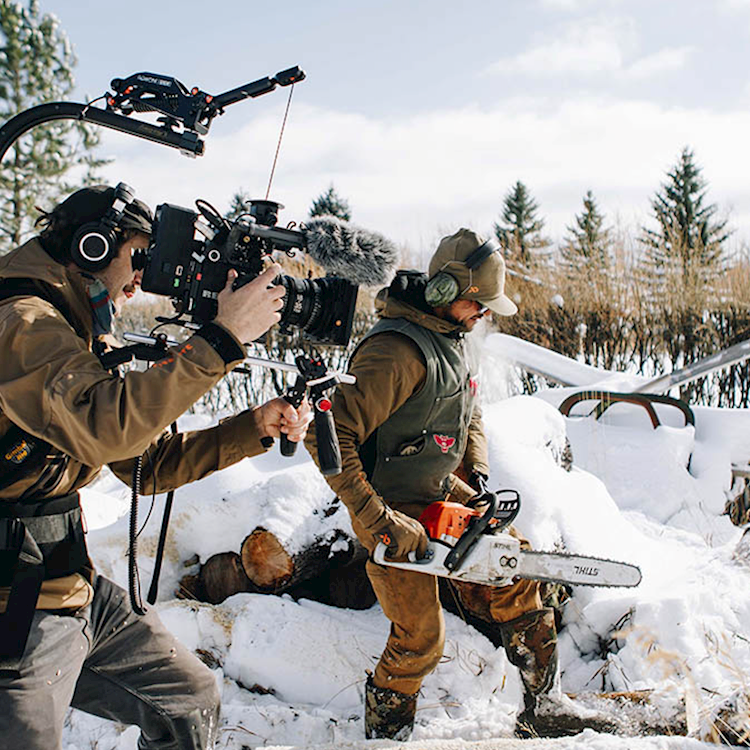 They tried a couple of server-type products but they weren’t streamlined or fast enough, and would frequently crash. The products relied on the local network, which couldn’t properly stream at full resolution. And once they made the jump to 8K with the REDCODE RAW files, the servers slowed down even more, especially with multiple users.

But as luck would have it, Smith had a friend who worked at Quantum. That friend suggested checking out Quantum’s F1000 NVMe server, which offers the benefits of NVMe at a lower price point. “We hooked that up and ever since then, we’ve just been flying,” he says. “We can come back with a full RED card, which is almost a terabyte of footage, and ingest it into the F1000 in a fraction of the time it used to take.”

The RED footage is ingested directly into the F1000 server and the raw files are kept in simple file structures for each project. Idarado primarily uses the Adobe Suite, including Premiere Pro and After Effects. An editor can create timelines in Premiere Pro, and as soon as he’s done with the first pass, someone else can log into the same project from a different machine, make different tweaks, and send it to the client for review. Then someone can go in and start color correction, all within the same file structure and workflow. From there, the project is exported straight back into the F1000, and exported to share with the client.

“The Quantum process is so much faster and having everything in one central location has been paramount for us as a workflow,” says Smith. “We can have five people working on the same folder and file structure simultaneously without any interruptions or delays. Ingesting the raw footage and editing takes about half the time it used to take. When they’re scrubbing through the footage, even just to find out what takes are good, there are no hang-ups or pausing—you’re not getting the spinning wheel of death. We work on it with a slightly reduced resolution just for workflow purposes, but if we wanted to, we could work in full resolution.”

After about a month of optimizing the F1000 and getting the latest firmware updates on all of its local machines, Idarado was ready to put its new system into action. The first production that Idarado used the F1000 for was a project for Giant Bicycles that was shot entirely in 8K using multiple cameras, as well as a drone with a Canon camera attached. 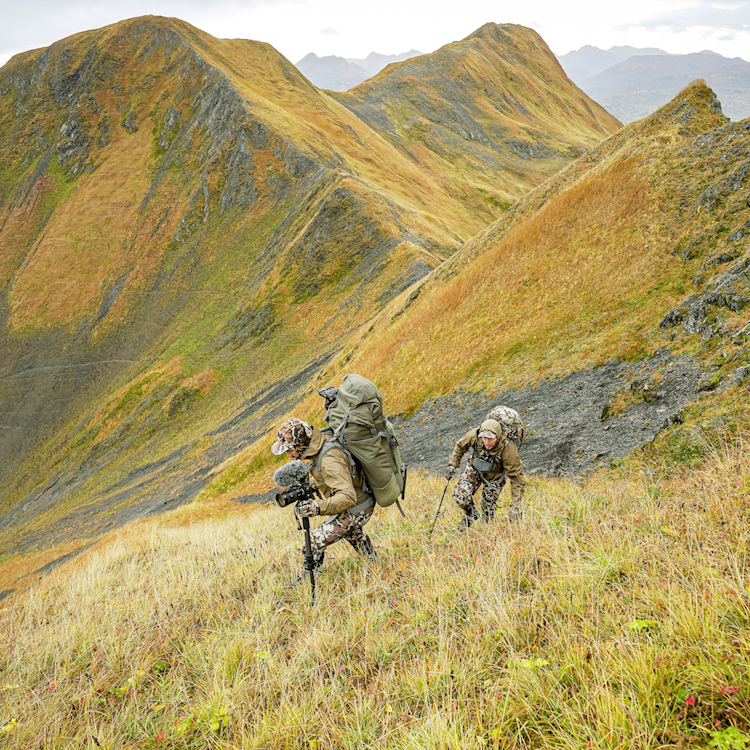 “That was when I noticed the F1000 is a major time saver,” says Smith. “Everything ingested really quickly. It processed it. It uploaded into Premiere almost instantly. The thumbnails instantly populated. In the past, you would have to link up all your media and it would take a while to link up and see thumbnails and start scrubbing through images. We shot a lot of slow-mo footage at high frame rate for that project, and high frame rate footage is one thing that normally would get hung up before. But it seemed to scrub through really well.”

Another project that put the F1000 through its paces was a project that Idarado shot in Alaska for firearms company SIG Sauer. The team spent two weeks in Alaska filling countless cards that they weren’t able to ingest daily, so they returned to the office with some five or six terabytes of footage that needed to be ingested into the F1000. Smith estimates it would have taken almost a week with their previous system, but with the F1000, it was completed in just one day. “Those are two fairly large projects for us where the F1000 really streamlined the whole process,” he says. “We use it everyday and it works flawlessly. It’s basically the cornerstone of our workflow.”

Smith sums up the value that the F1000 brings to Idarado by saying, “We can be in outdoor, uncomfortable situations with heavy backpacks, and go skiing and capture footage with snow blowing sideways while we’re filming. And that’s where we thrive. So we have that very rugged outdoor component, but then at the same time, we have to come back to the office and make sense of it all, process and edit it all. And that’s where the F1000 really ties it all together for us.”