P. Erik Carlson is a production designer with no-so-humble beginnings as he earned his first television credit as Art Director on Judd Apatow’s Freaks and Geeks and first feature film credit on Christopher Nolan’s Memento.

Recently, he has worked on the upcoming ABC series, Queens, and has earned notable credits including on the 2021 Critic’s Choice Nominee (Best Action Movie), The Outpost, and Desperate Housewives, for which he earned two Emmy nominations and an Art Director’s Guild award.

He spoke with ProductionHUB about the ABC series, including the technical challenges he faced and the tools and software used to bring the production to life.

PH: Which scene was your favorite to work on in Queens?

P. Erik Carlson: Because Queens is an episodic series, it’s hard to select a favorite out of the hundreds of scenes we’ve shot so far. However, I do have a favorite set that we built. Naturally, I like all of the sets we’ve designed and built for the show, but our Recording Studio has been particularly rewarding to create. It features one of the original recording pieces that was used to record the legendary Thriller album by Michael Jackson. 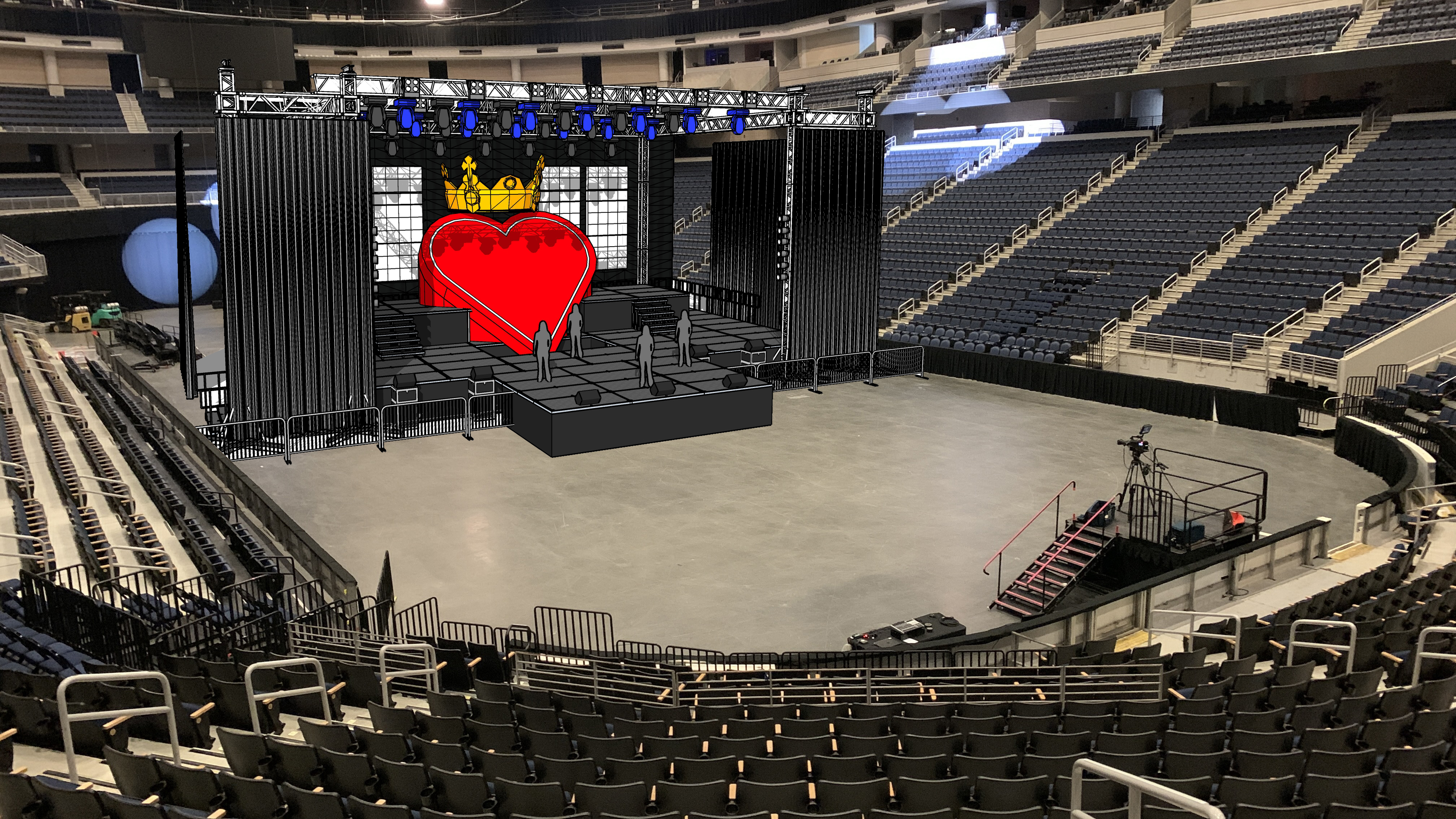 PH: Describe this scene and the significance it has to the rest of Queens.

P. Erik Carlson: You can see this set quite a bit as the Queens re-invent themselves and adapt their group to the present day hip hop scene. I really like the Recording Studio is a space where the women can be artistic and also challenge each other. My intent was to create a warm, stylish, realtistic, yet comfortable environment for the group to co-create.

PH: What tools or software did you use in your production of this scene?

P. Erik Carlson: Like most of our permanent sets, I like to create 3D models in SketchUp. This gives me a good sense of the spaces and the visual connections between them. I also find that SketchUp is a great tool to easily and quickly walk Directors & Cinematographers through a set before we begin the construction drawing phase.

P. Erik Carlson: There were two key challenges with this set. The first was to figure out how to build the elaborate ceiling panels I designed for the set. Secondly, we created enough space to ensure that the shooting crew could maneuver equipment easily. We built walls that can be removed so that the camera can be set back far enough to shoot scenes with six or seven actors at once. 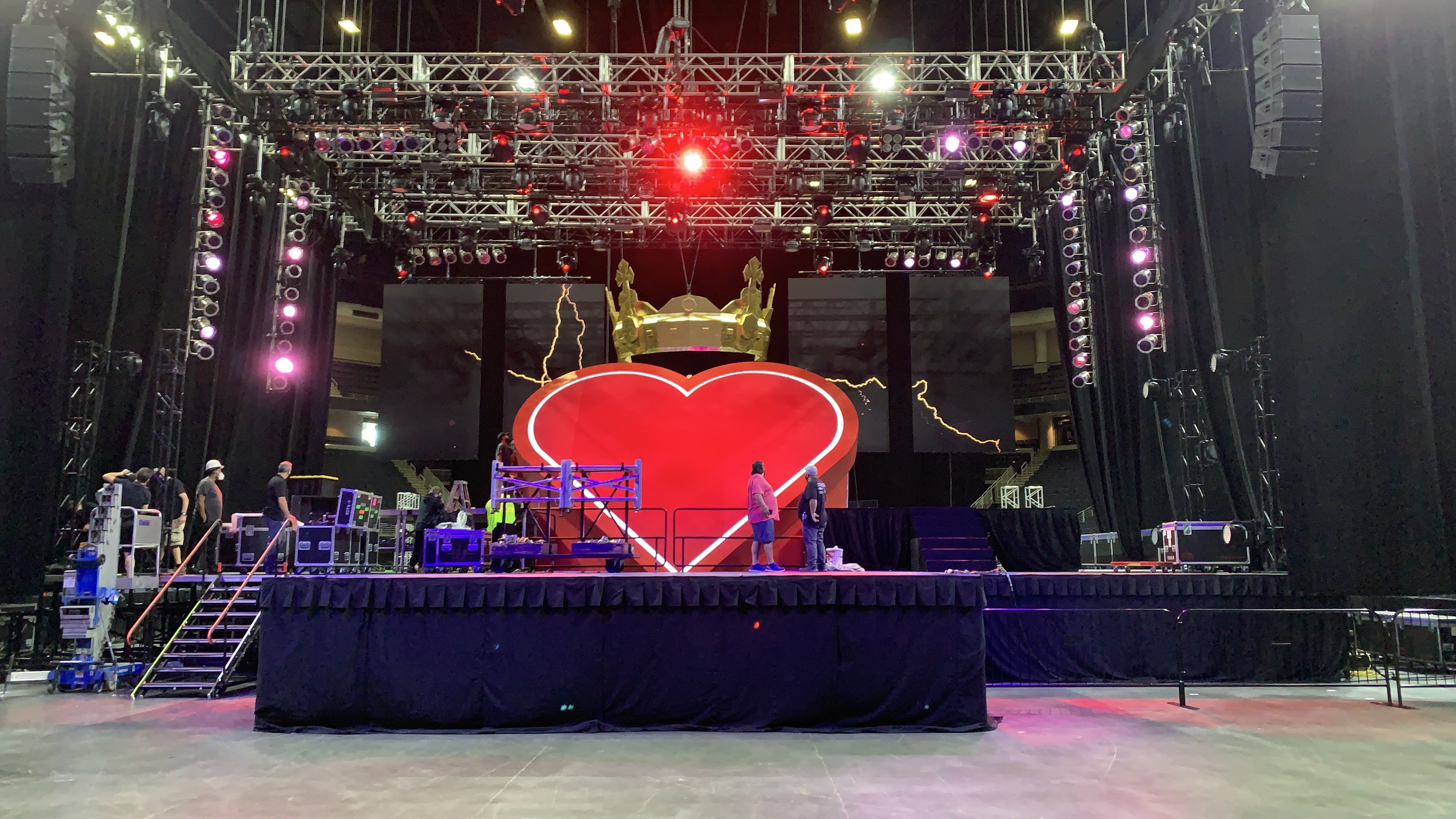 PH: What was the dialogue like between you and the Queens director or showrunner regarding this scene?

P. Erik Carlson: Like the dialog between an architect and a client, the early conversations about a set are constantly evolving. Initially, the showrunner, Zahir McGee, had written the Recording Studio set as more of a recording booth, that we would see in just one or two episodes. As the Director, Tim Story, and I talked with him about the spatial needs for the set, we started to realize that it could become a very cozy and intimate space, where we could see the creative flow of our Queens come out. Once we looked at the set in that way, and not just a room for recording, we realized it also needed to expand and become more adaptable, to facilitate big scenes with 5 or 6 actors and lots of camera movement. So what started out as a simple set, evolved through our conversations into a key setting for the first season of the series.

Erik’s career has spanned 20 years in the film and television industry. His most notable credits include “Desperate Housewives”, where he earned two Emmy nominations and an Art Director’s Guild Award nomination, “The Majestic”, “State of Affairs”, “SIX” and “Manhunt: Unabomber”. Throughout his career, Erik has had the opportunity to collaborate with many acclaimed film makers, including Christopher Nolan, Frank Darabont, Trey Parker, Marc Cherry, Dan Fogelman, David Crane, Joe Carnahan, Bill Broyles and Greg Yaitanes, among many others.