Playard Studios to explore a recent animated short film they created for The Wolfsonian museum using a virtual production workflow?

The fully CGI film, “An Artful Future,” is being used by the Miami Beach-based museum to promote its upcoming expansion. Playard Studios’ Carlos Fueyo (Creative Director) and Tanya Fueyo (Producer) used a combination of Unreal Engine and DaVinci Resolve Studio for the film, which was edited, composited and color graded with Blackmagic Design’s software and a DaVinci Resolve Micro Panel.

PH: Tell me a little about Playard Studios.

Tanya Fueyo:  We had been living in Los Angeles for about a decade where Carlos worked at various studios on a variety of films, commercials, and game cinematics.  In 2018, we moved to Miami, FL and decided we wanted to continue this line of work, so we opened up Playard Studios in 2019, hoping that it could cater to the local void.  We knew that this would be challenging because, let’s face it, Miami isn’t the place people think of when looking for VFX and post-production work.  Playard Studios is a relatively young and small company.  As co-owner and director, Carlos is responsible for overseeing all the creative aspects of every project.  As producer, I am in charge of making sure projects get done on time and within budget.

PH: Can you describe “An Artful Future” and how the project came about?

Tanya Fueyo: Both Carlos and I are Florida International University School of Architecture alumni.  We’ve maintained a close relationship with our alma mater, including our client The Wolfsonian, a division of FIU, who asked us to create some still images to help reveal their plans for a 50,000 sq ft expansion of their museum. We were able to work closely with the staff and include them in the design process by using Unreal Engine to allow them to make changes in real time through Zoom calls.  Later, we were asked to create an animation (An Artful Future) to help communicate a broader interpretation of the new space – an animation that conveyed a “feeling” rather than the look of the design.

PH: What’s the virtual production workflow process like? How have you changed the way you work since the pandemic?

Carlos Fueyo: Prior to the pandemic our process was very standard.  This meant that with every project there were always budget fears of offline rendering and some insecurity about time implications.  Before the pandemic, we worked on creating the illustrations for a book called LAIR: Homes & Hideouts of Movie Villains.  Shortly after we were commissioned to create a short teaser for the release of that book.  This was the inception of our current pipeline.  Once COVID forced us into our homes, limiting the amount of work coming in, we decided to go all in and began creating a series of in-house spec pieces in order to polish this virtual production pipeline.  For me it has been a complete liberation and I continue to be amazed by the speed at which this new paradigm is developing.  Whether it is a full CG film or a live production, it allows for issues to be seen and solved at very early stages of the process.  Leaving a lot more room to concentrate on creativity and the art of it all, which is why we all love doing what we do.  This has opened a number of new perspectives that we hope will turn into new opportunities that otherwise would have passed us.  Without this there is no way that we would had been able to produce thousands of production quality frames for ‘An Artful Future’ in a matter of three months.

It definitely feels like we are a part of a current phase of change in the film and entertainment industry in a scale that has not happened for some time.  The transition from film to digital filming and the impact it had comes to mind.

PH: What was it like using DaVinci Resolve Studio 17?

Carlos Fueyo: I started using DaVinci Resolve a few years ago as a solution to my continuing frustration of the other platforms I was using.  This was right at the time Blackmagic Design had introduced editing to DaVinci Resolve.   From the first time I used it, it just made sense and I have depended on it ever since.  On personal projects and as my secret weapon, when working with larger studios, to quickly do edits, LUTs and quick color experiments.  DaVinci Resolve 17 is a great update to an already great package.  I really appreciate the new UI improvements such as the scopes and live transition previews.  Also the addition of the many smart tools like the magic mask and the Smart Reframing.  I feel like Blackmagic Design understands how rapidly the production landscape is changing and the need for small studios like ours, with limited resources, to work on challenging projects with a nimble workflow.  It really helps shorten the distance between projects created by large houses versus the ones created by smalls ones, like ours.  Perhaps the other most important impact DaVinci Resolve has had on our pipeline is the ability to edit, color, sound mix, comp and deliver without ever having to open any additional packages.  A full service DI stop.

PH: Describe the editing process. You created a running edit? How did that work?

Carlos Fueyo: Yes, the very first thing we did was to create a running edit from the very early stages of previs.  This allowed for the client to have input from day one and feel confident that the project was always heading in the right direction.  Because we knew that this film was going to depend on music to drive its narrative, it was also crucial to have an edit from day one in order to solidify a soundtrack everyone would be happy with.  From that point on, the editing process was very fluid.  At first, it was as easy as using the take selector to update changes in the previs and as shots became more polished, as simple as updating the shots.  With this workflow one can forget about the hassle of versioning and focus on the art of editing.  Polishing the timing and relationship of the shots, syncing to the soundtrack, and focusing on color correction.  In total, we had 30 plus shots that were edited and color corrected in a very tight timeline and would have taken a couple of additional artists without DaVinci Resolve.

PH: Did you face any challenges? How were you able to work with those to create something successful?

Carlos Fueyo:  To us every project is challenging.  It starts with the excitement of creating something visual out of simple words or loose concepts and the reality of it quickly sinks in, at least for me.  ‘How are we going to get this done? Will we be able to produce a successful final piece?’  It always seems like you are at the foot of the Everest and you are out of shape.  The real challenge for this piece was to create a concept that would encapsulate the Wolfsonian’s character and project the emotion and passion its curators and staff have towards their collections.  All of the pieces in the film have a great significance to everyone involved and they had to be very carefully treated as to not misrepresent the art.  After a couple of unsuccessful concepts, we decided that for this film ‘God is in the details’ and focused on a selected few art pieces.  This also created the challenge that we would have to model and texture each art piece with much more reverence and carefulness.  Adding to all of this, COVID did not allow for us to scan any of the art pieces and instead we had to rely on photography references.  In the end, it all began to work together.  One art piece began to inform the next one and each camera move started to complement each other.  Luckily our client felt the same way and a beautiful conversation about the edit began.  Something that I have rarely experienced.  For this we are very grateful to the museum’s director Casey Steadman, exhibition designer Richard Miltner, Ian Rand and Meg Floryan.

PH: What has working during this time been like?

Tanya Fueyo: It’s been a double-edged sword.  On the one hand, the pandemic has created a lot of uncertainty and has made it difficult to find stability for our business.  We’ve often found ourselves having to make challenging decisions regarding how to allocate our time and resources.  On the other hand, somehow, we are willing to take more risks…a “whatta you have to lose” kind of attitude.  The shut downs and stay-at-home orders due to Covid caused a major slowdown for Playard Studios.  But thanks to this down time, we’ve been able to learn new skills and create more projects that showcase our abilities, which in turn has opened the door to bigger and better things.

PH: Can you talk about other projects you’re working on?

Tanya Fueyo:  At the moment we are working on a sci-fi short film called REPLICA.  It’s an in-house passion project we started a few months ago and hope to complete by late summer, just in time to submit to a few film festivals. It’s a fully animated hyper-realistic CG film, created entirely with Unreal Engine.

Carlos Fueyo:  We have also been extremely lucky through these times to have had received the support of a number of companies like NVIDIA, Lenovo, Blackmagic Design, Noitom, Reallusion, and Epic Games.  We are humbled by the fact that they see value in the work we are doing and pushing for the future of the industry. This project is a continuation of our pipeline and we hope to continue to prove what a small studio can produce thanks to the current star of technology and softwares like DaVinci Resolve. 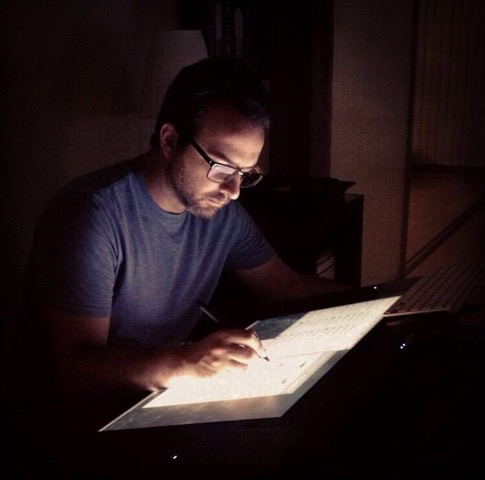 Carlos has over 15 years experience working on film, commercials, game cinematic, and dark rides.  He arrived to the States, from his native Spain, when he was 15 years old.  Here he attended Florida International University where he studied and graduated from Architecture.  Afterwards, he moved to Los Angeles where he worked on major motion pictures such as Avengers, Super8, Independence Day, Mission Impossible, and Terminator. Now in Miami, he brings with him a culmination of experience in the entertainment, technical, and digital worlds that have allowed him to integrate the two things he loves the most; architecture and film. 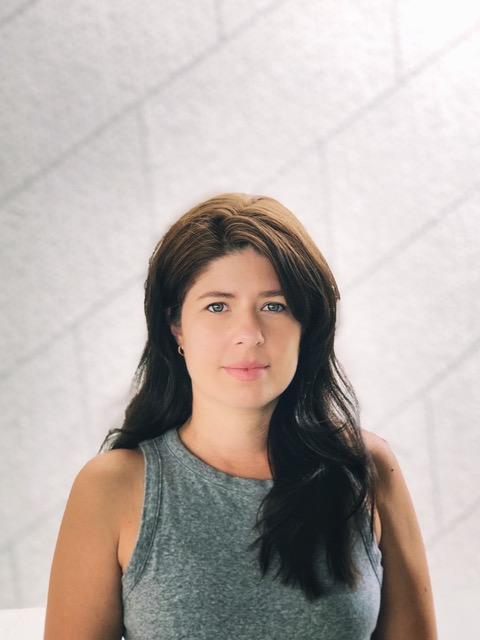 As partner and co-founder, Tanya plays an integral part of the production process at playard studios.  She is responsible for the overall successful completion of each project and ensures they are delivered on time and within budget.  She holds a bachelors and masters degree in Architecture and has strong formal education in design.

Making An Artful Future from playard studios on Vimeo.