How VFX Helped Create the Diverse Worlds in ‘Snowpiercer S3’


In our latest interview, we talked with FuseFX’s VFX supervisor behind season 3 of TNT’s series Snowpiercer, Jamie Barty.

Snowpiercer follows the survivors of Earth’s second ice age as they live on a train that travels the planet through snow and ice. This season the train ventures into areas such as Mumbai, South Africa and Egypt, giving the FuseFX team the opportunity to craft frozen landscapes for every corner of the globe.

Keep reading to learn more about how Jamie created more diverse landscapes and scenery that are sure to keep the audience intrigued this season. As the VFX supervisor, she also illustrates how the many different landscapes came together for this high-speed thriller series.

PH: Hey there! Can you give readers a little insight into your journey as a VFX supervisor? How did you get your start in the industry?

Jamie Barty: Sure! I’m not sure you’ll hear this too often, but I just sort of… stumbled into it! I’ve always loved film, so in school, I elected to study Film & Media (You mean I get to watch movies at school!? Sign me up!). I then followed that thread through to University with ‘Film & Cinematic Technologies’ where I fell in love with cameras and photography. Wanting to see if I could make a career out of this, I picked up a camera and shot short films, commercials, live broadcast… all sorts… I then started to edit the work I shot, which opened the door to post-production. There would be parts of the shots I wanted to fix, so I learned After Effects and got into compositing… and it just snowballed from there. I was a compositor for many years in the UK at various boutique studios, my knowledge of cameras also led me into Tracking & Matchmove, which progressed into PostVis & Previs and the world of 3D.

I wanted to learn as much as I could in the world of VFX, and I loved the blend of art, math & physics, and the fact that you can make anything you can think of. I was hooked.

In 2016 I was looking for a new adventure and Vancouver seemed like the place to be. I made the move, landed at FuseFX, and haven’t looked back. So far I’ve spent one year as an artist, two years as a Compositing Supervisor, two years as DFX Supervisor, and am now nearing the end of my first year as A VFX supervisor for FuseFX with Snowpiercer being my first official show, start to finish.

PH: What are some of the considerations you have when looking for new projects to work on?

Jamie Barty: Honestly, I don’t get that much freedom when it comes to deciding which shows I work on. FuseFX (just in BC) has anywhere from 5 – 15 shows in some form of production at any one time. The show I work on next mostly comes down to timing. When my current show is wrapping up, we take a look at what’s on the horizon and see which supervisors would be a good fit for which shows. It’s all very well managed at the studio level. I’ll try and jump between genres when I can though, to keep things fresh. A little bit of fantasy and magic first, maybe followed by some comp-heavy invisible VFX, then over to some large-scale full-CG environment work… for example. Variety is the spice of life!

PH: That brings me to Snowpiercer S3. How did you get involved?

Jamie Barty: Snowpiercer has been a big part of my journey at FuseFX. I’ve worked on all three  seasons in some capacity. For Season 01 I was a ‘stand-in’ compositing supervisor, helping on some of the heavier episodes, and also compositing around 50 shots.

For Season 02, I was a full-time DFX/Comp Supervisor on the show. After 2 seasons I understood the show, the work and had a good rapport with the clients. It was a natural progression for Season 03 to be my first official show when I became a VFX supervisor here! 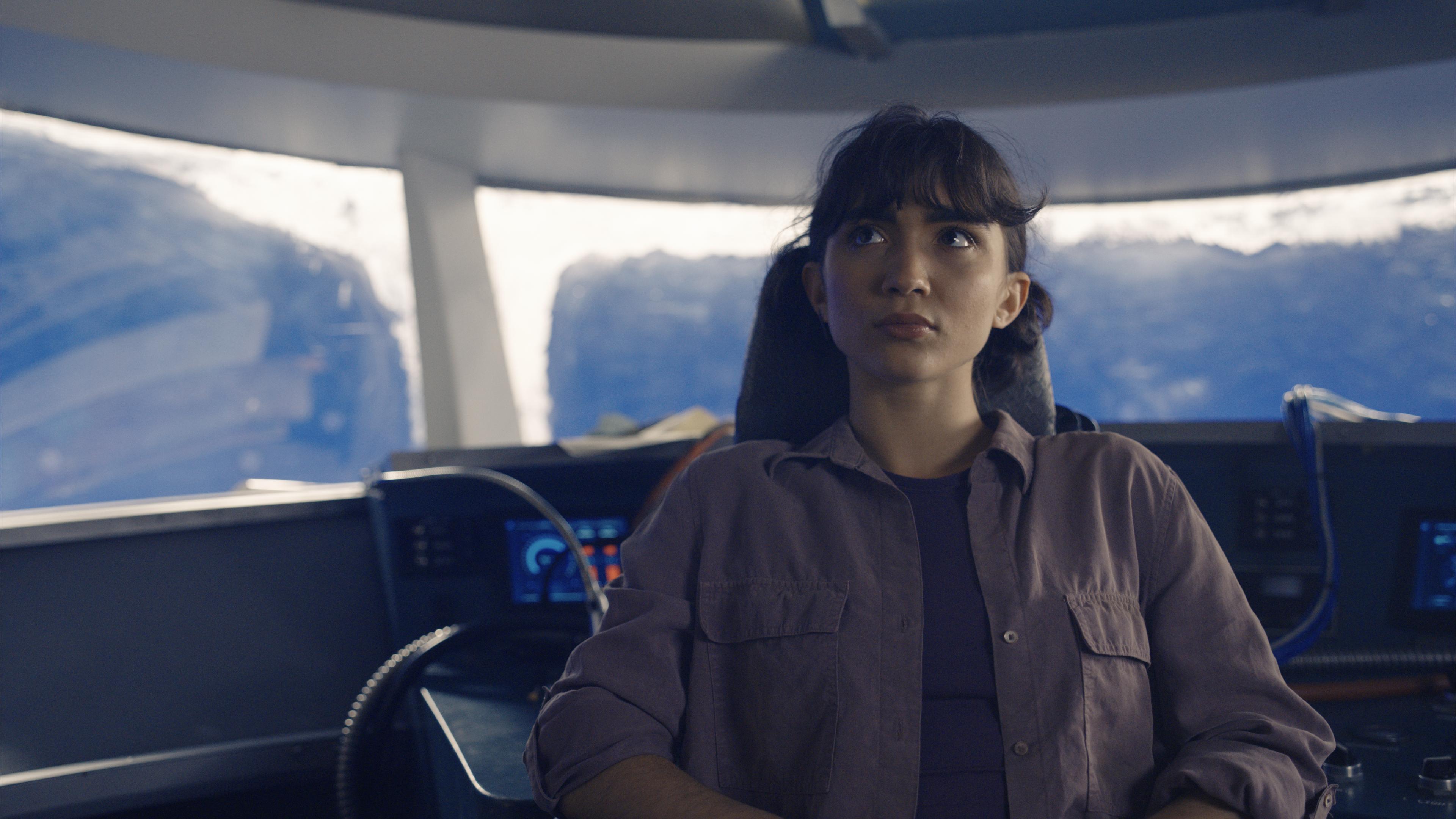 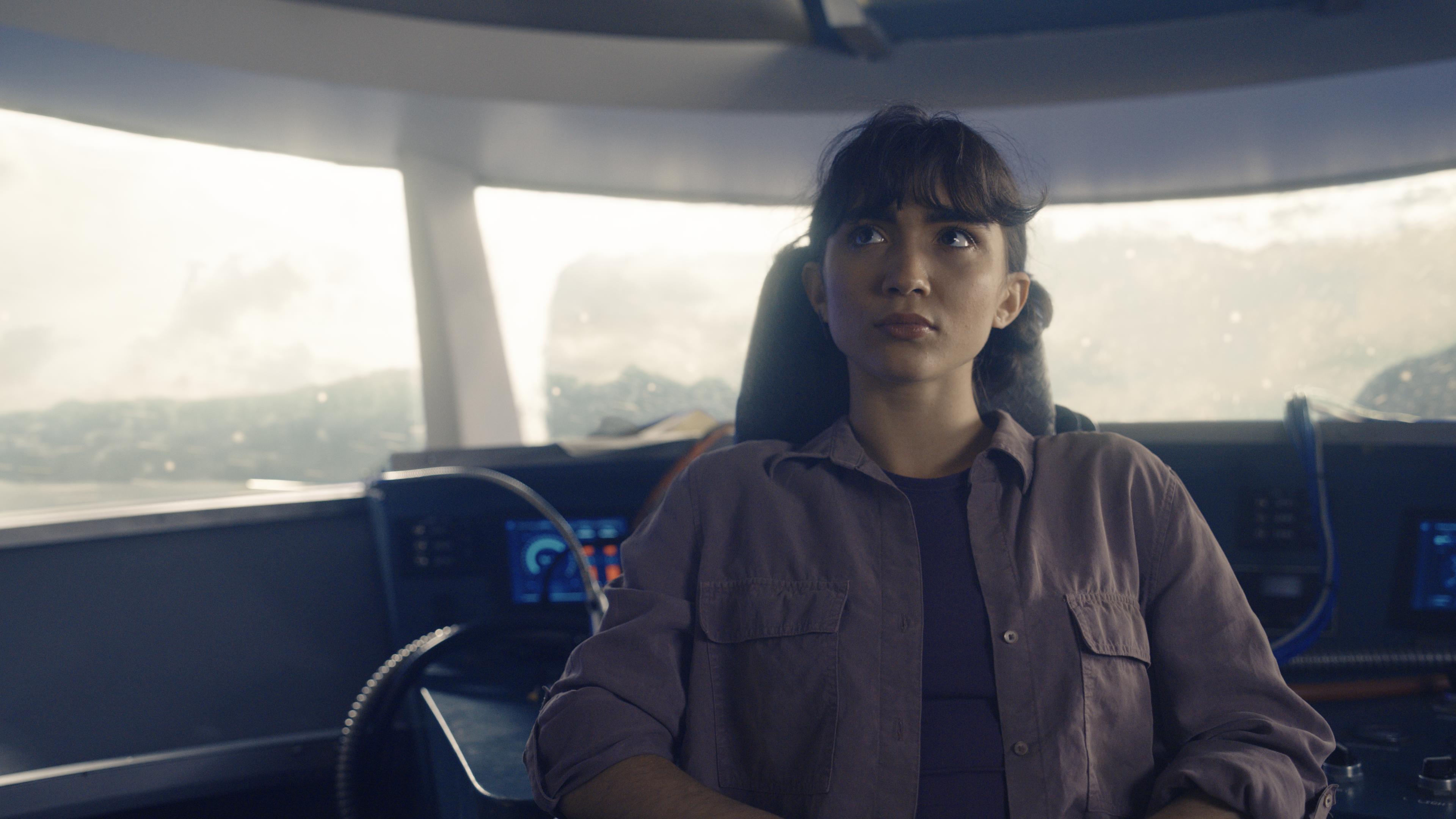 PH: What was it like designing and planning this season’s diverse landscapes? Can you share a bit of your process for developing those landscapes?

Jamie Barty: The train travels to some iconic locations around the globe. The challenge for us is to make each location recognizable, while also being covered in snow! We’ll concept a frame or two for any location we’re visiting. Decide on a landmark that can represent the place we’re in, be it a building, a bridge or maybe a statue. Something large! And then work with the client on potential camera angles to fit with the narrative. Are we up close to the train to showcase something happening on or around it? Or is the story more focused on the environment so we can pull the camera back and soak in the views?!

Our concept artist will also focus on the feel of the shot. Is it a dramatic shot with heavy falling snow? What time of day should the shot be? We try and nail down as much of the look as we can before we move work into 3D and build the environment from the ground up.

The basis for our 3D work is Maya. We’ll block out the camera move to see what speed we’re going, and how best to show off the train or environment. And once that is feeling good we’ll start building up the snow, so we can art direct it for the necessary camera angles, make sure it reads well and doesn’t cover our landmarks too much.

Once we’re happy with the base layer of snow and the general build-up of the environment, we kick the scene over to our FX team who dress in even more snow (!), but animated and simulated. Snow blowing across the ground, falling from the sky, we even have a system to grow icicles from objects in the world. Then there is all of the FX driven by the train; as it pushes through snowdrifts and kicks up a snowy powder. Occasionally we’ll have hero moments where the train smashes through small snow mounds covering the tracks, blasting snow high up into the sky before showering back down onto the train. Lots of fun snow simulations!

The train and environment get rendered in Maya/VRay and the FX is rendered with Houdini/Mantra which then gets passed to our compositing team to pull it all together along with additional snow stock footage elements to craft the final shot making it look and feel as cool as possible (I couldn’t help myself, I’m sorry)

PH: Do you have any favorites? Why?

Jamie Barty: A favorite of mine for Season 03 has to be Egypt and the Pyramids. One of Earth’s most famous landmarks! It was great to show off the scale of the pyramids next to the already-quite-large Snowpiercer train! And what they might look like if the world were to freeze over.

The sequence was, itself, a tour of the Egyptian landmark as we ride with the first-class passengers circling this ancient wonder. Setting this sequence at dusk also gave us an awesome opportunity to add some color to the show, which was welcomed by all.

PH: What were some of the VFX challenges you encountered?

Jamie Barty: Time. We are creating a lot of incredible work at FuseFX and Snowpiercer is just one of many shows in house at any one time. It takes time to render such large environments, with that many FX layers, and all in 4K. Optimization was key to getting good-looking renders as efficiently as possible and thankfully we had a great team who pulled it out of the bag.

PH: How have you seen the industry change over the past year?

Jamie Barty: Over the last year, the industry has been really strong. There is a massive amount of content being created for the ever-growing menu of streaming services. And with that comes plenty of job opportunities for artists and more options for juniors and graduates to get their foot in the door.

So it’s a really healthy time for the industry.

PH: What do you think the future of VFX looks like?

Jamie Barty: The VFX industry is more flexible than ever, with remote working allowing people to work more in line with their individual lives. I hope that this continues to allow for more diversity in the industry; it’s something we are always striving for and it would be great if that could come out of the pandemic. I also think we have seen a real growth in more diverse content, encouraging new stories to be told in a way we have not seen before. It’s an exciting time for sure.

Jamie Barty: Absolutely! I am currently wrapping up a sequence for The Orville, with which we are using to stretch our legs in Unreal Engine and leveraging it for some large environment work. So keep an eye out for that. And we have many other awesome projects on the horizon! Lots going on at FuseFX right now, it’s going to be an incredible year!