Let’s explore the beautiful compositions and overblown haloes of a cinematographer trusted by the greats — Robert Richardson.

Acclaimed cinematographer Robert Richardson has worked on multiple projects with some of the biggest names in Hollywood — Oliver Stone, John Sayles, Errol Morris, Quentin Tarantino, and Martin Scorsese. Truly, some of the greats consider him their go-to guy, a deeply trusted collaborator and creative partner.

Richardson’s keen eye and expressive techniques have helped him create more than a few instantly memorable — iconic, even — scenes and compositions.

Check out the video essay above (from In Depth Cine) about the cinematography of Robert Richardson. We’ll be referencing it as we dive into some of the basic tenets that define Richardson’s rich career. 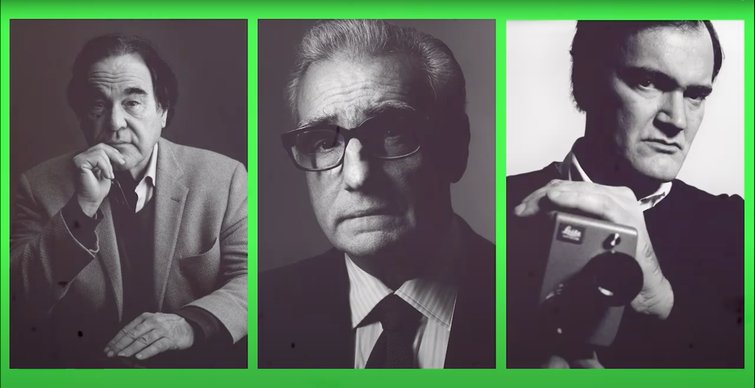 Robert Richardson has made a great career working with legendary directors like Oliver Stone, Martin Scorsese, and Quentin Tarantino.

My career is based primarily upon finding a balance with a director and their vision, and that means sublimating my own personal ego toward their material.

While director/cinematographer partnerships aren’t unusual — think Hoyte Van Hoytema and Christopher Nolan. Or Roger Deakins and pretty much everyone he’s ever worked with — Richardson’s legacy is so tightly connected with his director partnerships that it’s almost impossible to talk about one without the other. Richardson has certainly enjoyed success by looking for auteur directors who know as much about the craft of filmmaking as possible. And, with three Academy Awards under his belt for highly collaborative films — Stone’s JFK, Scorsese’s The Aviator and Hugo — it’s definitely paid off. 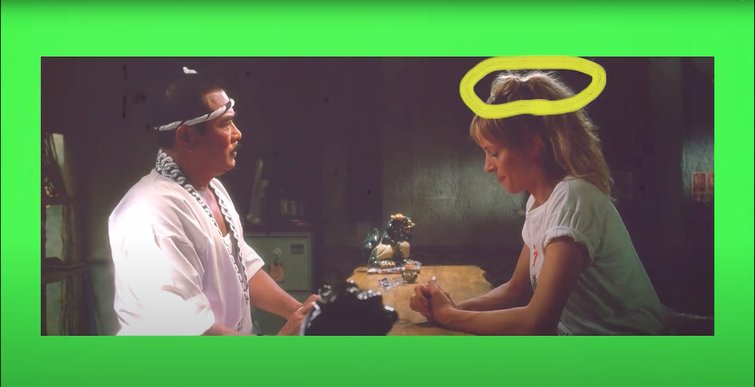 Richardson’s “Halo Effect” in use from Tarantino’s Kill Bill: Vol. 1. Image via Miramax.

One of the few noticeable hallmarks of a Robert Richardson composition is his famous “halo” look. You’ll see it in Stone’s JFK and Born on the Fourth of July, Scorsese’s Casino and The Aviator, and Tarantino’s Kill Bill and Inglourious Basterds.

The look can actually be quite simple to achieve, but Richardson elevates it by using lights from a top-down angle that are hard and direct on the subjects, making them appear illuminated against a dark background. When done properly with backlights (and usually with characters with large hair for extra effect), the “halo” casts characters in an otherworldly light. They literally pop with importance off the screen.

A Variety of Angles, Shots, and Movement 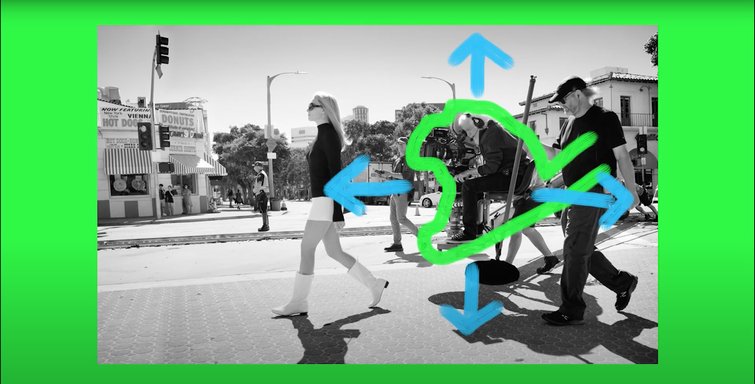 Richardson filming from his favored Pegasus Crane on the set of Tarantino’s Once Upon a Time… in Hollywood. Image via Sony.

A close look at Richardson’s filmography reveals patterns. It reveals his preferred shots and the on-set toys that help him achieve those shots. Early in his career, most notably in his work with Stone, Richardson seemed to have a fondness for longer lenses and compressed images. With Tarantino, he utilized stylized crash zooms and high angles.

Richardson’s favorite toy seems to be his trusty Pegasus Crane. You can find plenty of behind-the-scenes examples of Richardson flying across sets on the Pegasus, operating the fluid head of the camera himself to nail some of the most controlled, realistically steady camera moves ever captured on film. 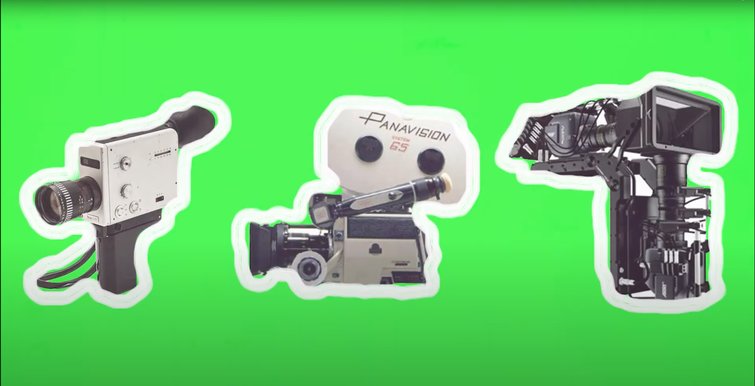 Some of the wide range of film formats Richardson has been tasked with shooting on over the years.

Richardson has embraced the challenges of working with a mixed variety of media and textures, along with many different styles and brands of cameras and lenses. This is, in part, due to the experimental nature of many of the projects he’s collaborated on. Examples include the 8mm television inserts from Tarantino’s Once Upon a Time… in Hollywood and the high-concept 3D compositions of Scorsese’s Hugo.

Of course, while it seems he’s inclined to try anything once, Richardson still has a noted preference for working with Panavision cameras and lenses (as you can see in the video above, as well as mentioned in this interview with American Cinematographer Magazine).

The Lasting Importance of Contrast 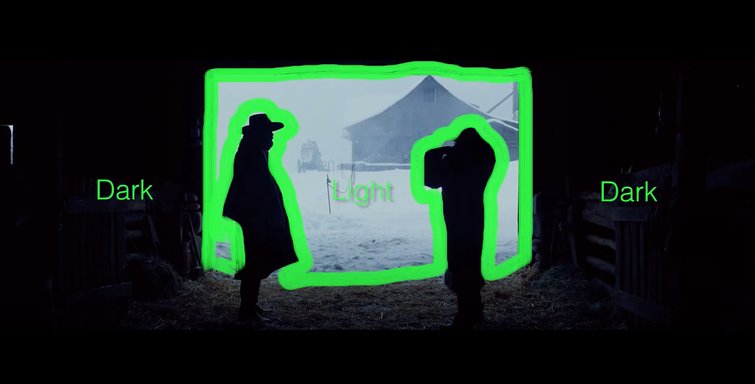 An example of the dark and light contrasts from one of Richardson’s signature compositions seen in Tarantino’s The Hateful Eight. Image via The Weinstein Company.

Finally, because we can’t overstate the importance of contrast in one’s cinematography, Richardson’s compositions almost always comes down to this one core principle. And, while you don’t have to use the same exact Richardson angelic halo effect in every one of your shots, if you provide strong dynamics between light and dark, and develop the right relationship in your contrasts, your personal cinematography stylings can only get better.