PH: Hi Don! Can you share your background and what initially led you to working as a DP?

Don Josephus Raphael Eblahan: Hi! Thank you so much for having me! As a filmmaker, I have sort of found comfort in having minimal sets. This puts each of our crew members in a unique position where they have to take on multiple jobs, and from that I have begun taking on the role of a DP as well. Most of my discipline in my Writing/Directing revolves around my practice as a graphic artist and a videographer for music videos, so taking on a visually demanding and labor intensive workflow has been the approach that I always felt comfortable in.

PH: Who are some of your inspirations?

Don Josephus Raphael Eblahan: Lately, I have been very inspired by the cinematographic works of Leonardo Simões and his works on Pedro Costa’s films. Likewise, Diego Garcia’s work on Nuestro Tiempo and Cemetery of Splendour are films that I always refer back to in order to refresh my understanding of dancing within visual formality and fluidity in cerebral cinematic works. Outside of film, Madonna’s Ray of Light album has lately sparked a lot of vivid atmospheric influences for me, both creatively and spiritually.

PH: Over the years, how have you evolved as a DP? What considerations do you make before selecting a project to work on?

Don Josephus Raphael Eblahan: My first experience as a DP, outside of doing videography, was on my first short film Hilum, where I both Directed and did Cinematography for the first time – which was a true test to my attention and workflow. However, with our latest film, The Headhunter’s Daughter, I found myself a bit more comfortable with all the unpredictability and the sudden urge to resort to instinct. I believe that I now have found little ways to relax myself and take moments where I can spiritually reconnect with the work that I am doing in front of me as I am doing it.

I believe I am not a traditional DP in a sense that I haven’t quite considered myself truly as one. Most of my work as a DP has only been works that I have directed myself, due to safety and budget constraints. My workflow has evolved into having a lot of sporadic unpredictability that may not be conducive in a creative partnership with other directors.

Working with myself allows for more of a playground-esque type of toying around, which luckily our producer, Hannah Schierbeek, allows me to have! I guess my considerations in selecting projects as a DP is if the Director that I would potentially work with can work with the minimalism that I have been used to with low-budget productions. This means having no professional lights, no large camera setups, a two-person camera crew, and being open to experimentation while being strict with our overall visual discipline. 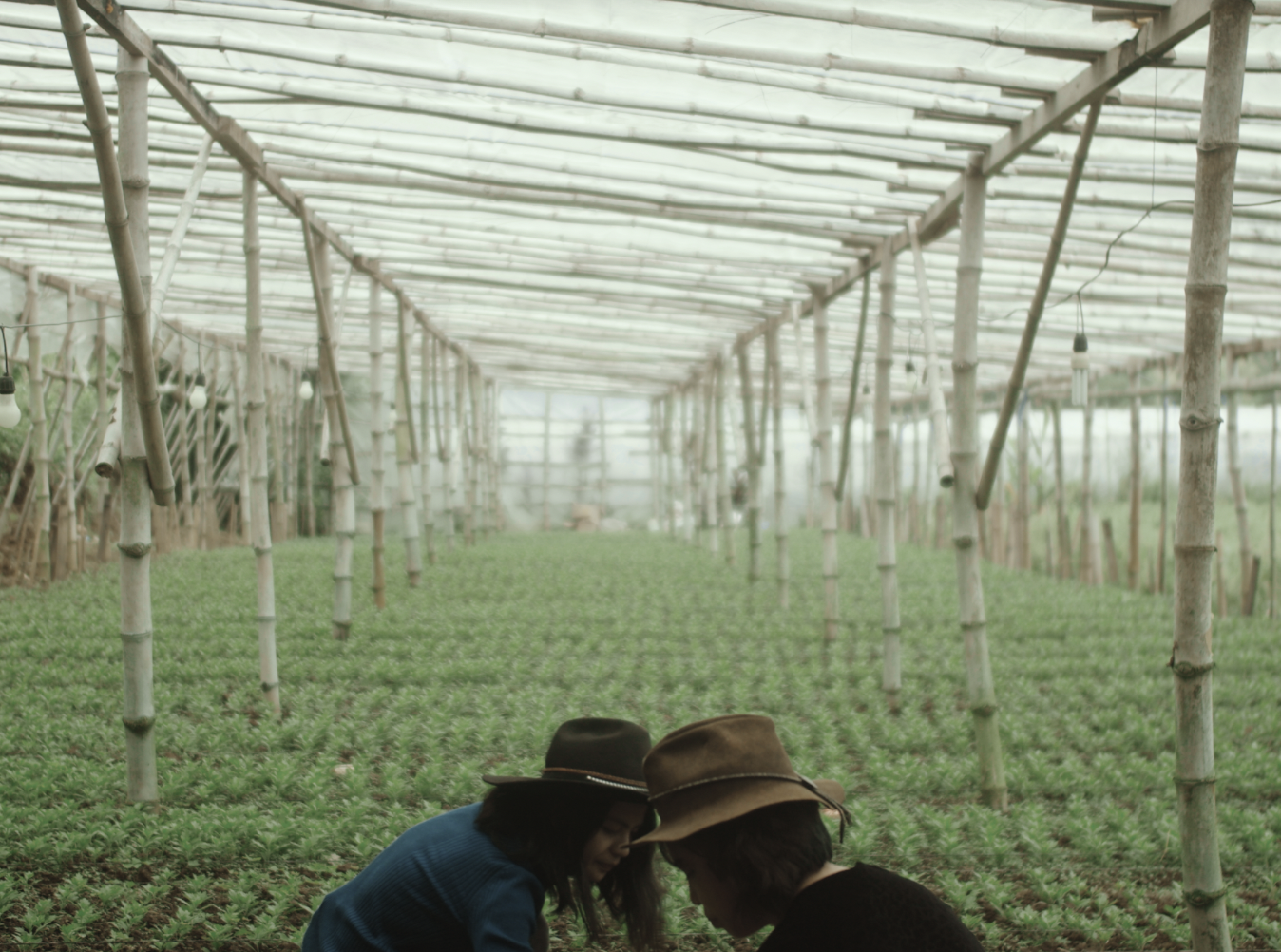 PH: How did you get involved with your most recent project, “The Headhunter’s Daughter”?

Don Josephus Raphael Eblahan: It’s been a movie idea that has been sitting in my head for two years, until the pandemic had urged me, my producer, and fellow local artists to go out and make something for ourselves. For me to decide on doing cinematography while directing a second time, was purely a way to minimize personnel, to cut budget on set, and yield more intimate and safer ways of setting up a production in a time like this.

PH: Can you talk about the pre-production? What vision did you have and how did you plan execution on that vision?

Don Josephus Raphael Eblahan: Pre-production entailed a lot of strict storyboarding. Since I was both directing and doing cinematography, I had more control of the image. This also meant that if we were on-set and I realized that a certain shot didn’t work, it was also easy to just move on from it and adapt accordingly.

On the days leading up to the film, I had often been sleepless, thinking a lot about the specific shots I wanted to achieve. However, with unexpected weather changes, and unpredictable changes of plans, it was also easy to let go of any preconceived ideas and experiment along the way.

PH: How is the film inspired by your hometown?

Don Josephus Raphael Eblahan: Most of the film’s content is inspired by the vibrant cultural symphony of the Cordilleran north – particularly in my hometown of La Trinidad, where Indigenous cowboys and horses roam the space just as much as daily commuters, public transportation, and tourists. As someone who has grown up in my adolescent years among such saturated imagery, I can’t help but to make an ode to my beloved hometown.

PH: What types of challenges did you encounter?

Don Josephus Raphael Eblahan: The production was a bit challenging as we had chosen to film during the COVID Pandemic. However, while filming, we also encountered a typhoon surge, a few challenging hikes with a very playful horse, and having to work alongside harsh terrain. It was all part of the fun and a lifelong experience to cherish!

PH: Can you talk about why you chose to shoot with the Pocket Cinema Camera 4K? How did it help elevate the shots you were trying to achieve?

Don Josephus Raphael Eblahan: The Pocket Cinema Camera 4K was quite perfect for our production needs. It was light, minimal, and could capture amazing images. In particular, the Pocket Cinema Camera 4K allowed us to not have the daunting presentation of a large crew as we didn’t use much lights, thankfully due to the camera’s amazing low-light capability. The minimalism produced amazing performances from our (non)actors, as the crew wasn’t so big and intimidating, and we could easily be adaptable to what they gave us creatively. 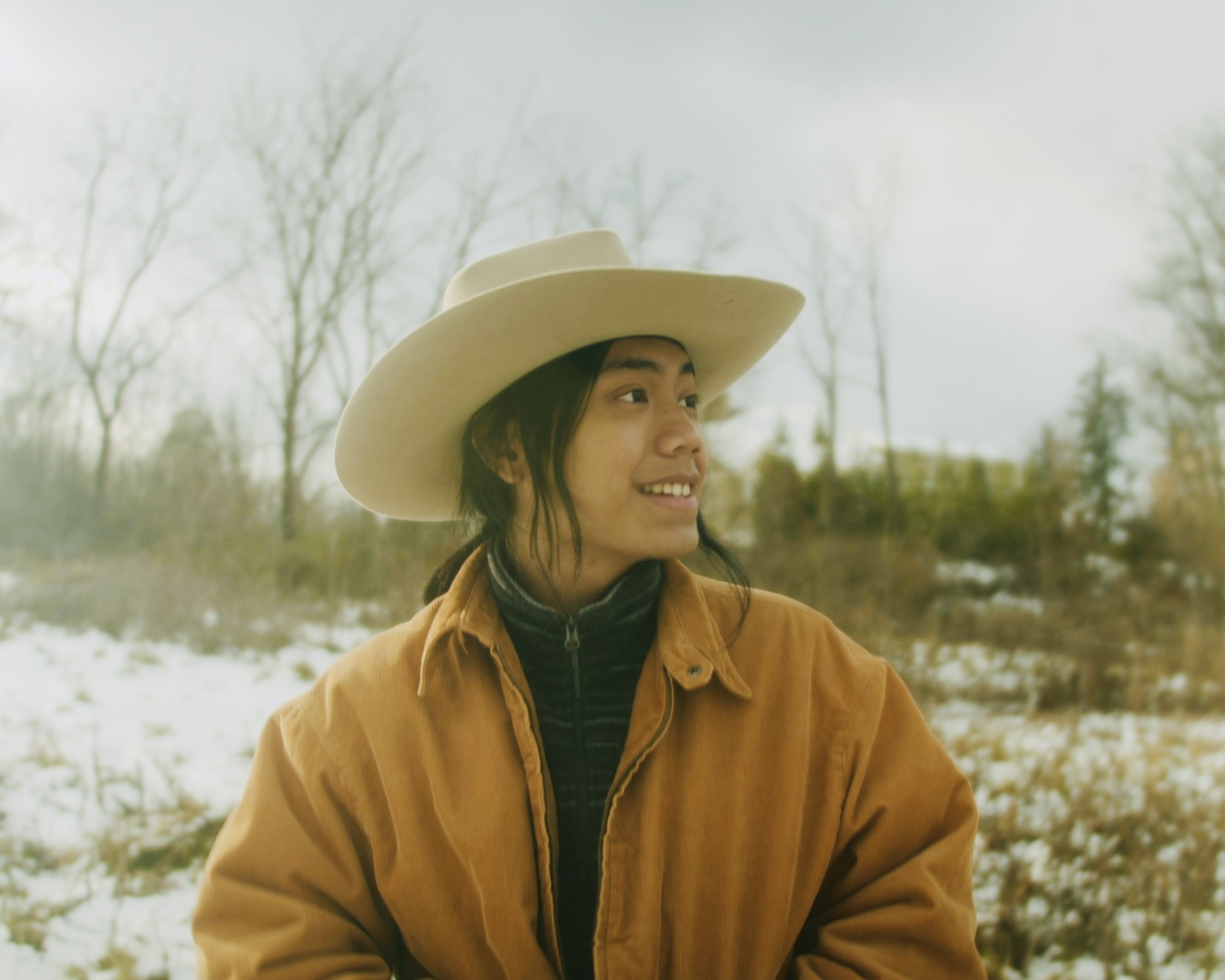 PH: In your opinion, what’s one characteristic that every successful DP should have?

Don Josephus Raphael Eblahan: I am still constantly learning from actual DPs who have honed their techniques and skills in painting with light, movement, and scientifically/spiritually approaching their color discipline. However, I believe what has helped me the most was the ability to be reflective with the work as I am doing it. It’s a labor intensive job, but the constant reminder of the beauty of the craft, the beauty of the locations, and taking in the experience while capturing it all is something that makes the work very rewarding. This, and being a respectful and efficient communicator – which is pretty much a requirement for any good collaborator!

PH: What other projects are you working on this year (that you can share)?

Don Josephus Raphael Eblahan: I am currently in-development for a feature film, another meditative neo-western, currently going through rounds of revisions in the writing room. At the same time, another short film is in-development, currently gearing up for production for 2022. This time, it’s a nautical-western.