Is it possible that we are in the dog days of August already? Judging by the current temperature outside, I would say we are. I know that while many of you are taking a well deserved break, there are still a fair amount of production managers out there making plans on how best to update gear for the remainder of 2022.

We’ve been talking about some of this gear for a while, but some of it is just making it out into the marketplace. Other gear isn’t available yet but will be soon. In this roundup, we’re looking over a cool mix of gear with a few extra surprises to check out. I know for some of you your budget just opened up so now’s  the time to go all in. Even if you’re on or near the beach sipping that beverage of choice, take a few minutes to check out our curated list of cool gear offerings this summer. 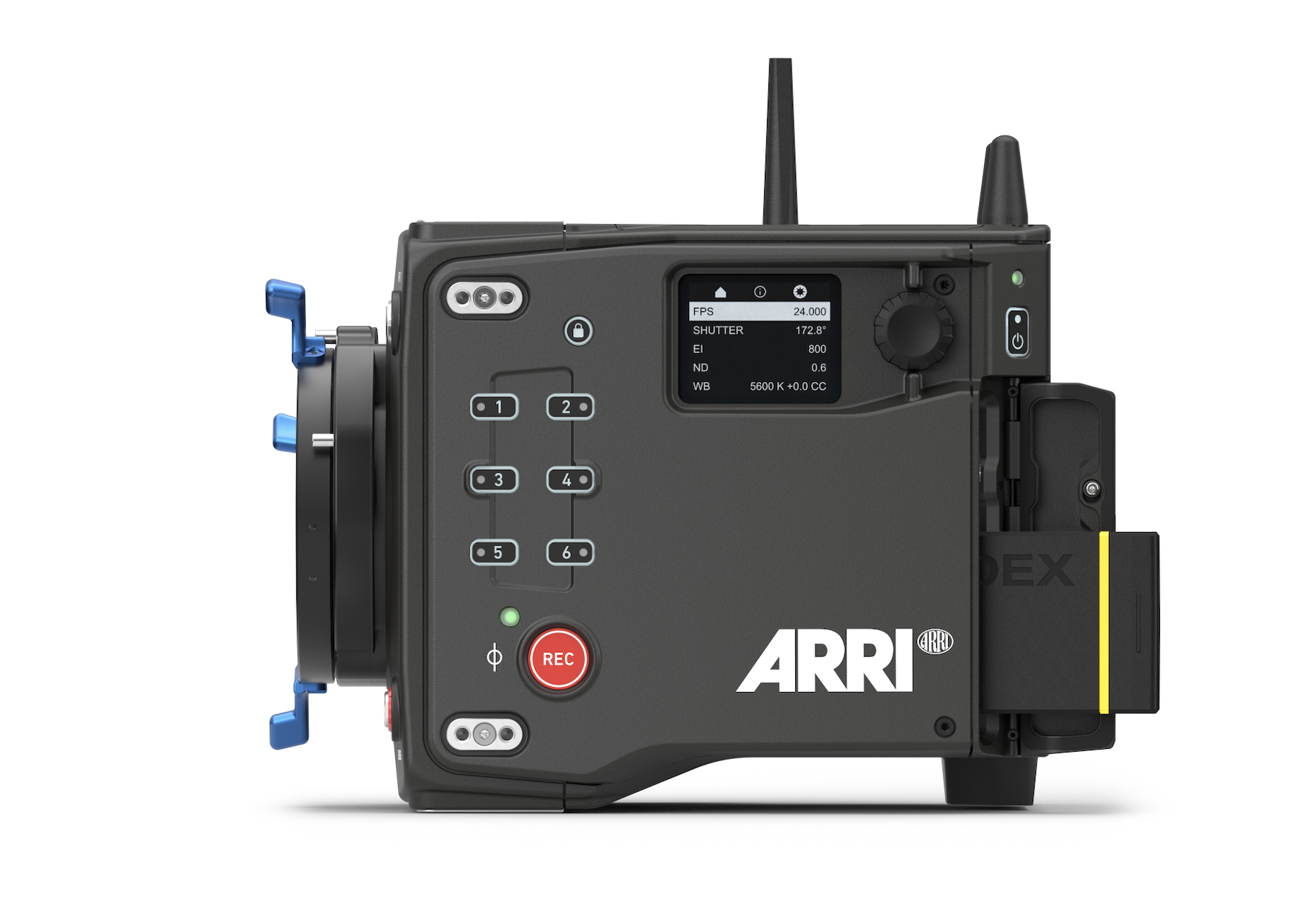 Talk about buzz! The long awaited ARRI Alexa 35 is here and one can almost feel the rush of people lining up to buy it.

The ARRI ALEXA 35 is a 4K Super 35 camera that is sporting ARRI’s first new sensor in 12 years. The Alexa 35 has built on the evolution of the ALEXA family, delivering 2.5 stops more dynamic range, better low light performance, and richer colors. The new REVEAL Color Science takes full advantage of the sensor’s image quality, and new  ARRI Textures enhance in-camera creativity.  ALEXA 35 measures at 17 stops of dynamic range (exposure latitude), and has  1.5 stops more in the highlights and one stop more in the shadows than previous ALEXA cameras. Increased dynamic range and stray light control will make it easier to handle lighting conditions on set, increase flexibility, and provide the best source for HDR projects. 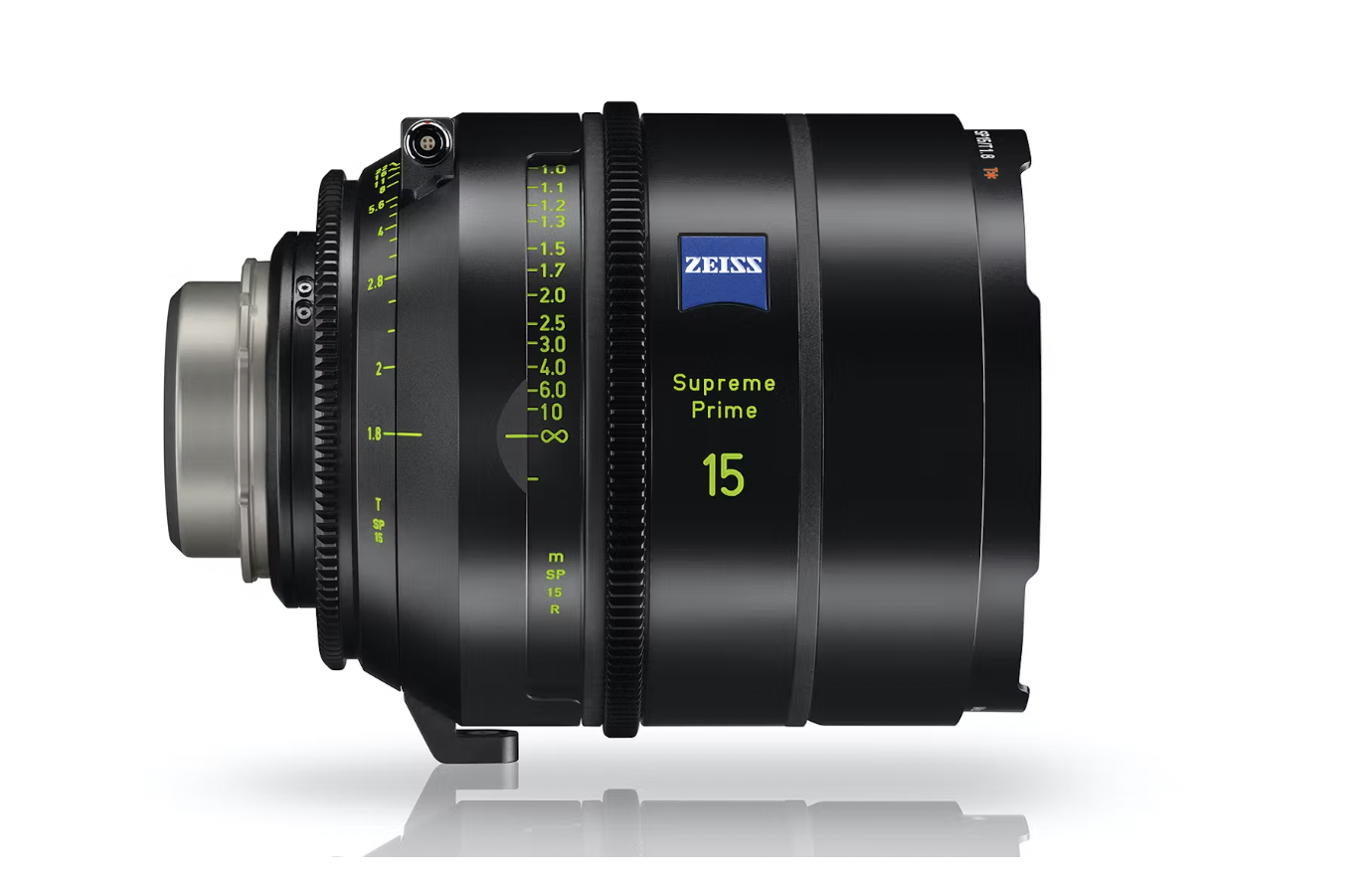 With ZEISS is introducing its latest cine lens, the ZEISS Supreme Prime 15 mm T1.8, it’s completing the family of Supreme Prime lenses. This lens is a beauty and I can’t wait to shoot with it. What really got me going was the lack of distortion normally associated with a wide angle. On the test bench, attached to a Sony Venice, I really had to look hard to see distortions. Incredibly crisp, but still had a nice warmth to it. The coverage was just awesome! The new 15 mm lens rounds out the Zeiss Supreme lineup providing an extremely wide-angle view and a maximum aperture of T1.8. “This 15 mm lens is the final piece of the puzzle that many cinematographers have been waiting for,” reported Christophe Casenave, responsible for cinematography products at ZEISS.

The ZEISS Supreme Primes cover a wide range of camera sensors. Thanks to their broad compatibility with current camera models, such as the Sony Venice (2), the ARRI Alexa (Mini) LF, or the RED Monstro,  Supreme Primes can be used in a wide variety of situations. “Super 35 cameras remain extremely popular. By adding the 15 millimeter lens, we are now making the Supreme Primes even more attractive to all users, providing greater creativity when using Super 35 or Full Frame cameras and more,” Casenave continued. 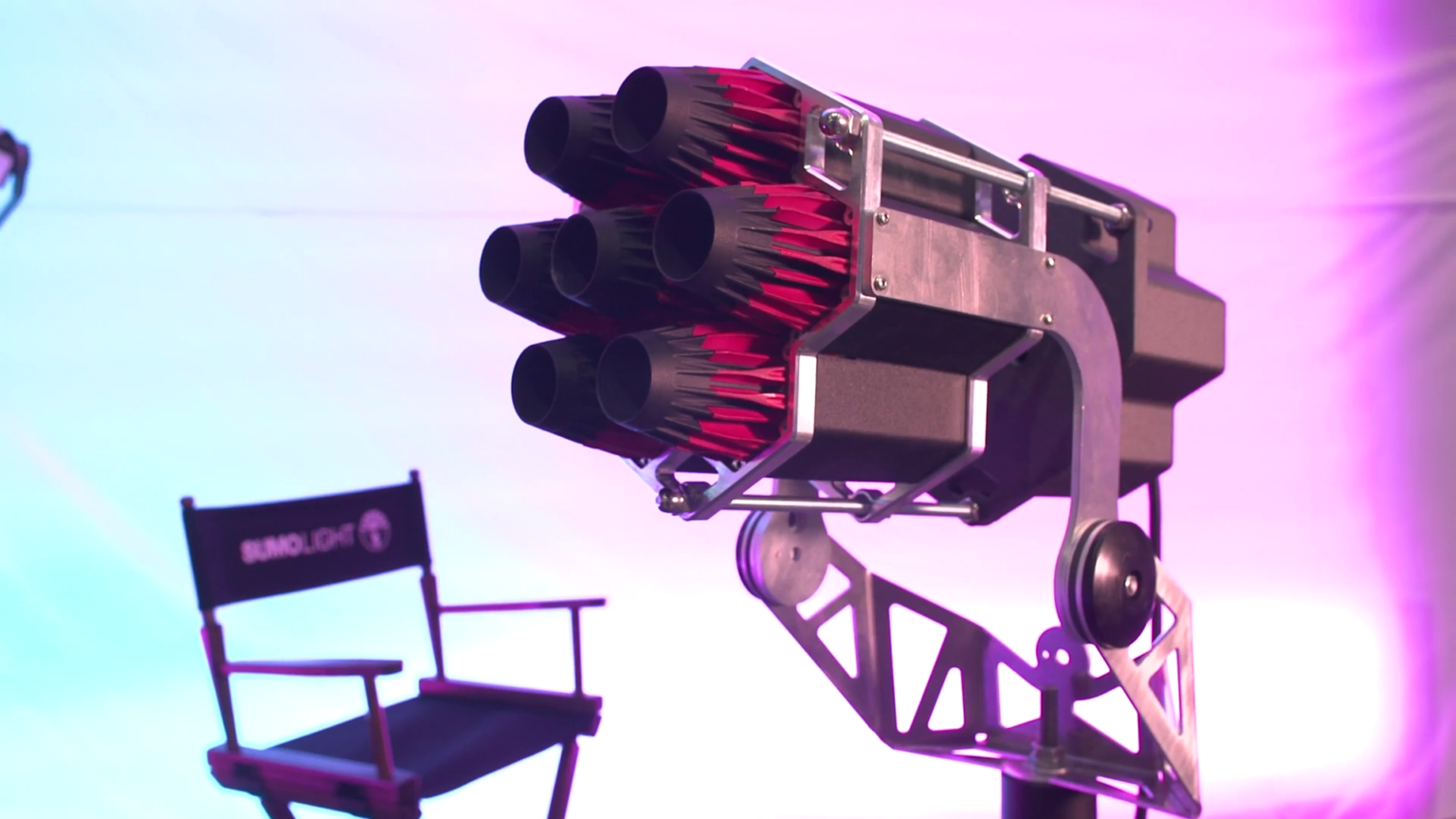 SUMOLIGHT recently introduced an entirely new (and very cool) concept in professional lighting at CineGear. The SUMOLASER is based on a new class of laser emitters, SUMOLASER™ is a daylight point-source of luminance that can put a precision beam of light on a stage or project miles into the sky. At just 10.8 lbs/4.9kg this new lighting product challenges the output of traditional 18kW HMI daylight sources weighing more than ten times as much.

Each SUMOLASER includes a 7-engine laser module producing 3-degree beam angles which unite to form a tight beam homogenized beam. As more units are added with SUMOSNAP™ adapters, the beam width increases but the angle remains the same – allowing for greater output.

As with other SUMOLIGHT fixtures, SUMOLASER is fully modular, with individual units in a hexagonal from factor. Each fixture may be controlled individually via DMX or local touchscreen, and they can also be built into custom combination patterns. The SUMOSNAP  one-click quick-release connecting system effectively allows multiple fixtures to combine into custom arrays. 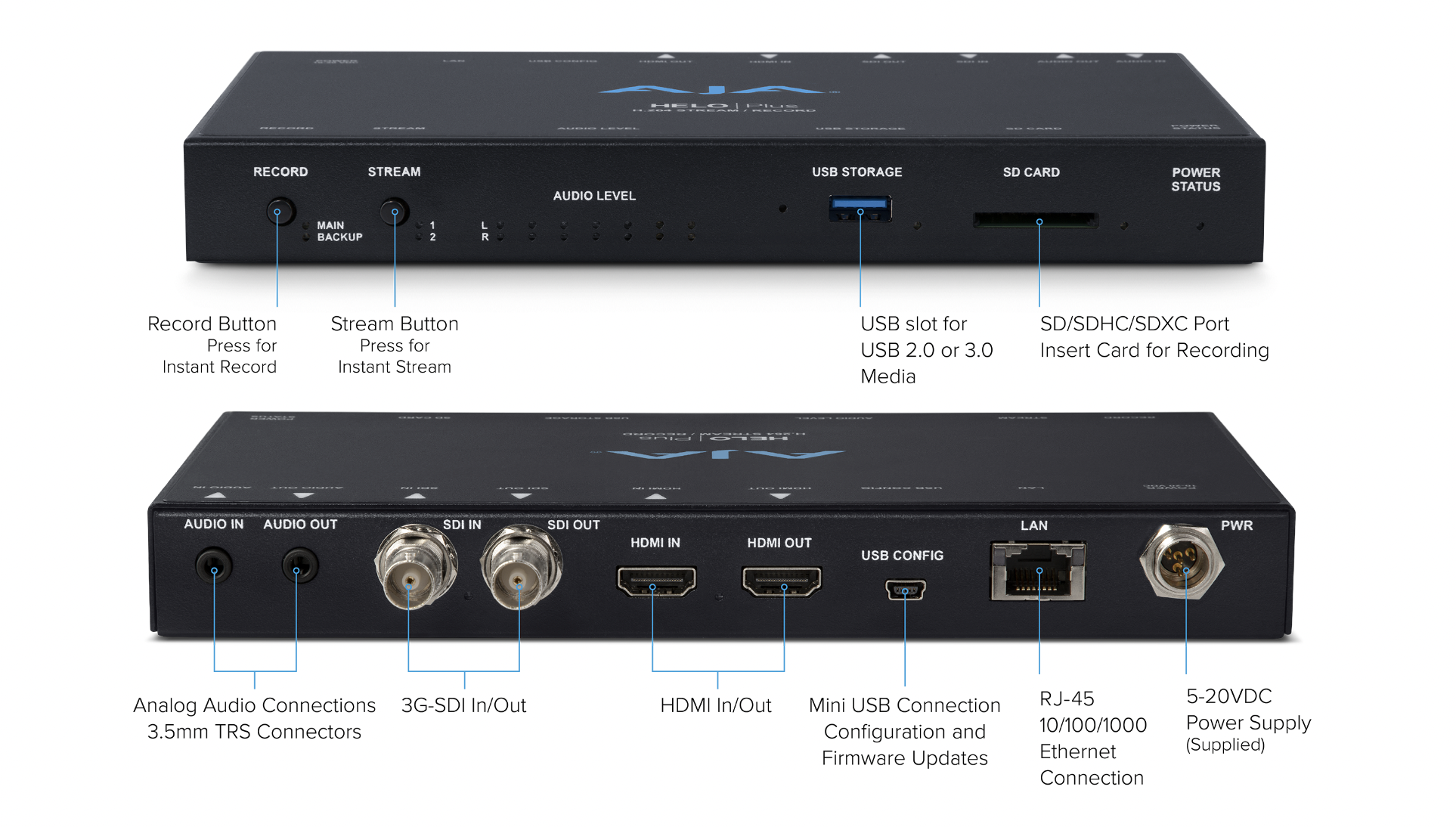 With AJA HELO Plus, professionals in this space  have a powerful new streaming tool to make their productions go smoother and their lives just a little bit easier. With smaller crews and tighter budgets, who couldn’t use a little easier?

With a push of two buttons  on the front control panel, one can record and stream in H.264. Two separate streaming destinations can even be set up and recordings can be made to a combination of SD card, USB storage and NFS or CIFS network storage.

The AJA HELO Plus provides recording, encoding and streaming capabilities and includes H.264 codec support and integrated CDN compatibility including YouTube, Facebook Live, Amazon and others.

One of the more overlooked features in my opinion by far is the built in scheduler. Because no one wants to hear “oh was I supposed to hit record and stream?”. AJA HELO Plus offers a scheduler that triggers start and stop recording and streaming media, simplifying things that require a regular  schedule. A lot of features for not too much money and make your production life easier? The AJA HELO Plus is definitely on the list. 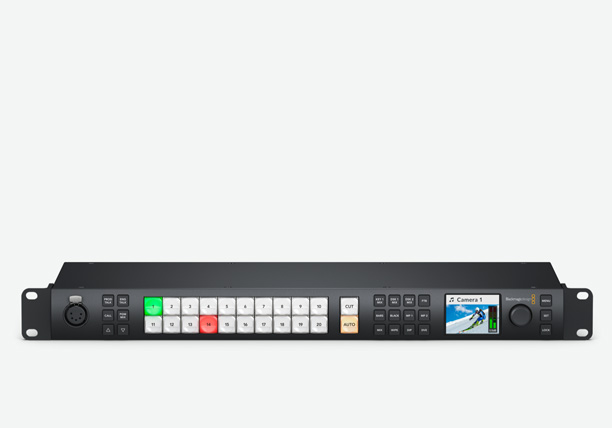 Blackmagic Design comes through with the introduction of their new ATEM Constellation HD switchers. The company has produced a new complete range of video switchers, starting with a simpler 1 M/E model with 10 inputs They have also produced a 2 M/E model with 20 inputs and then lastly a 4 M/E model with 40 inputs. Additionally, The ATEM Constellation HD family features models that have up to 40 independent 3G-SDI inputs, with each input featuring its own dedicated up and cross converter. That means it’s possible to convert any 1080p input source to the video standard of the switcher. That means customers could have each switcher SDI input running a different television standard and all the inputs will just work. You can also run the switcher straight from the built in control panel, sort of like an old timey “bang” switcher. Or order a more traditional “sit down” surface switcher panel.

For this one I am going all tech nerd with the new Marshall Electronics CV730-BHN PTZ Camera announced at NAB. The Marshall CV730-BHN has integrated the premium NDI FPGA while providing standard IP (HEVC) and NDI HX3 capabilities.

I told you I had a few surprises waiting for you down here. Check it out. If you are in the business of making moving pictures then you know that we have to move fast to keep up, but have some fun and motivation too. Check out these two bonus listings. They are both incredible. 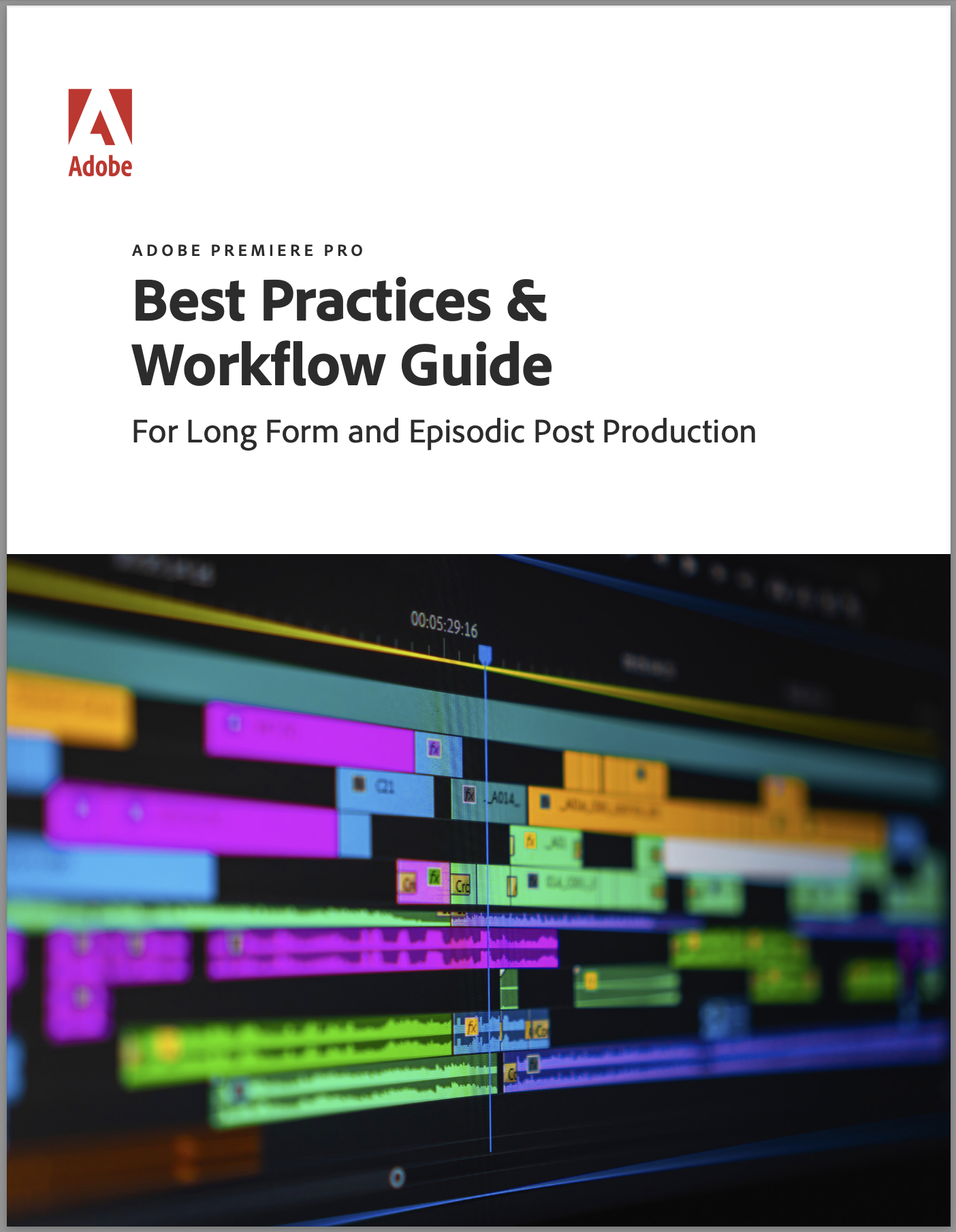 This guide is tailor made for editors and filmmakers in film and television. The wide-ranging document has been in the making over the last three years and dives deep into topics ranging from optimizing Premiere Pro Productions to working with remote and cloud-based workflows to multi-camera editing, and everything in-between. Adobe drew on insights from longtime Creative Cloud users and early Productions testers such as director David Fincher, editor Kirk Baxter, ACE, The Coen Brothers, the team behind Everything Everywhere All at Once and more.

Creo is delighted to announce the launch of Sony Future Filmmaker Awards, a major new annual awards program for short films, providing a gateway for the development of creative excellence. Sponsored by Sony and free to enter, the Awards set out to elevate original voices from around the globe with a fresh perspective on storytelling.

Thirty shortlisted filmmakers will be selected and flown to Los Angeles for the Awards ceremony, taking place on February 22, 2023 in the Cary Grant Theatre at the historic Sony Pictures studio lot in Culver City, California. Winners from six categories – including the Environment and Future Format – will be announced on the night and rewarded with cash prizes and a range of Sony’s Digital Imaging equipment. Winners will be selected by a panel of leading figures chaired by award-winning theatre, television and film director Justin Chadwick.

Following the Awards night, all 30 winners and shortlist will attend two days of workshops, screenings and panel discussions led by Sony Pictures executives and top experts in their fields. The exceptional two-day program will cover a wide range of topics from pitching to legal, to working with talent agencies and using cutting-edge technologies including animation and CGI. This invaluable opportunity supports filmmakers’ career progression by providing them with exclusive access and unparalleled insight into the inner workings of the industry.

That list was so much fun to put together. Everytime I do this, I want to go and get all of the gear. I have just put together your new gear summer or beach reading list for you, and there will a lot more in the way to see and hear about in the months ahead.  We all know that there are so many considerations when buying and getting new gear into the mix. Trust yourself and go for it when it comes to the gear that will with work best for you and your organization!