Cinematographer Jaime Reynoso worked on Netflix’s The Kominsky Method and was recently nominated for an ASC Award.

Jaime came onto the series in the third season and was able to bring a new perspective to the cinematography of the show. He really wanted to drive the characters’ stories in the final season and worked to create very authentic and naturalistic camera work and lighting.

He also built some custom rigs throughout the season, such as one used for a fast-paced car scene. For that scene, Jaime wanted to make sure that it visually wasn’t too perfect and looked like a real car was going through city streets despite the scene being shot in a studio.

You may also be familiar with Jaime’s cinematography work on shows such as TNT’s Snowpiercer and Amazon’s El Candidato. 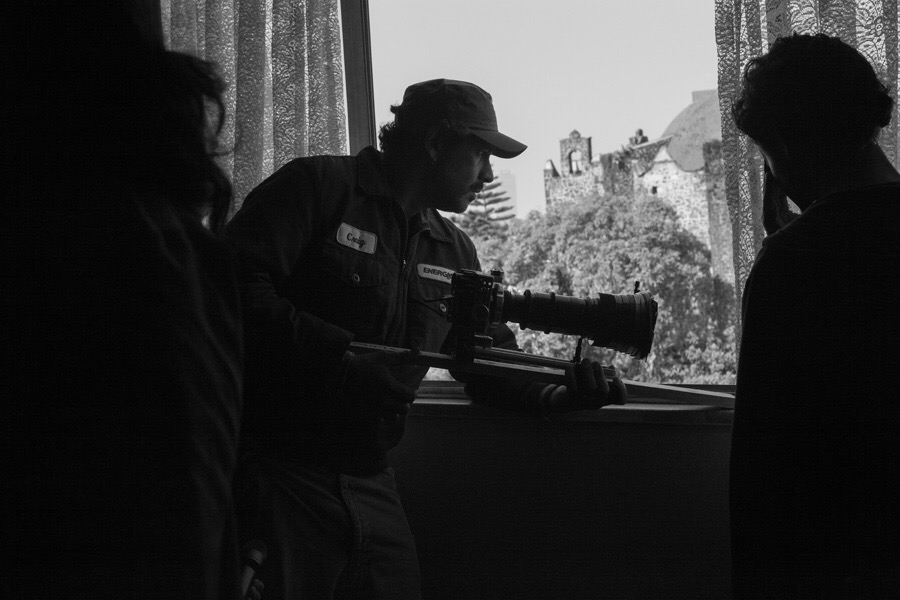 PH: Hi Jaime, how are you? Can you start by sharing a bit of your background in the industry?

Jaime Reynoso: I drew intensively throughout my childhood until, as a teen, I discovered the B&W photo lab. Upon graduation, at 19 years of age, I was formally studying still photography and officially a film buff. I was referred by a classmate to her boyfriend who was in the camera team of a film called “Like water for Chocolate”. They were on the hunt for a trainee. Before my first day was over I knew I belonged on the film set. There was a young cameraman on that film, he was already a bit of a legend, they called him Chivo and his work was utterly inspiring.

Jaime Reynoso: Coming from still photography, as I started working in film, being right behind the camera and being first hand in making the images, came as a natural evolution.

PH: Let’s talk about Netflix’s The Kominsky Method. How did you come to work on it? What enticed you about it?

Jaime Reynoso: I joined the project for its third season. I was fortunate to be brought on board by the series line producer, Marlis Pujol. She thought I’d be the right fit for the project based on our experience working together on HBO’s Ballers. I had seen the series and thought it was very good. I was thrilled to join a team of incredible professionals and a brilliantly written show. Although it is a comedy, it deals with profound issues of the human experience. 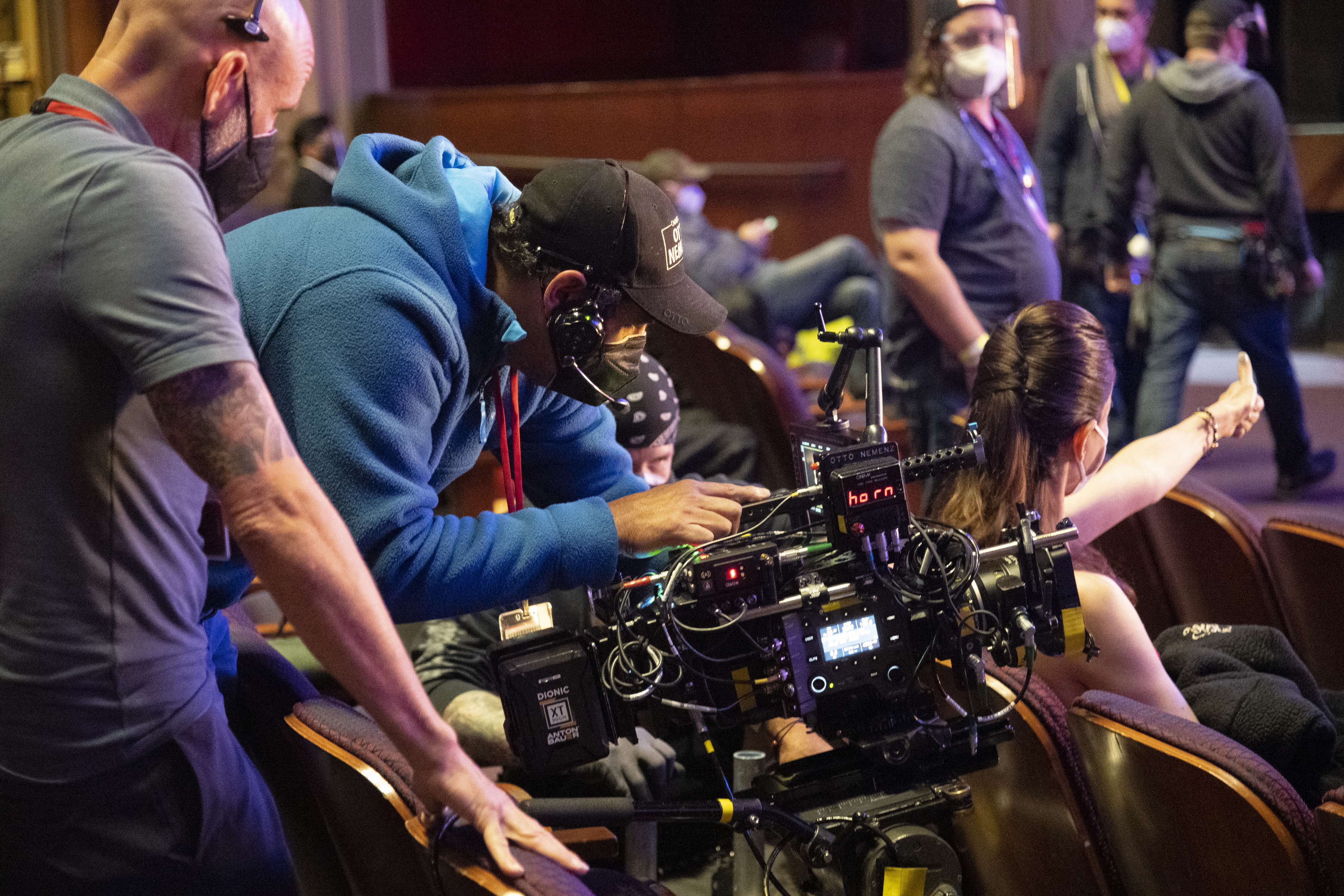 PH: How did the location add to the storytelling?

Jaime Reynoso: The Kominsky Method has very little location work, it’s mainly shot on stage. Being a story set in Hollywood’s film business, in the few times we did go out, Los Angeles made a deep imprint in the show. Often Los Angeles stands in for other places in the world but this time it was all about LA… All proportion granted I felt a bit like I was shooting a sort of Polanski’s Chinatown.PH: When you say you wanted to ensure that the visual didn’t look “too perfect,” what exactly does that mean? And why is that important for this project?

Jaime Reynoso: Audiences these days are very sophisticated, they view a wide array of visual material. If things are framed and lit like a movie, at an unconscious level, they are probably going to be taken as obvious fiction, and may not have the emotional impact they could if they resemble life a bit more. The Kominsky Method is not escapist entertainment, as Cinema, it should evoke reality. I try for every frame to be unique and like life itself be made of accidents and imperfections, otherwise, it’s predictable and will feel “assembly line” like.

PH: What equipment did you shoot on and why?

Jaime Reynoso: Sony Venice and Leica Summilux. That camera is generally my first choice on account of its versatility. The previous seasons had been shot on those lenses, it made sense to keep them. in addition, I had used them on Ballers and I was very pleased with the result.

Jaime Reynoso: I must admit I have no set method of approaching the material. I rely on intuition, I let the current lead the way and flow with the dynamics of the particular creative synergy of every show. 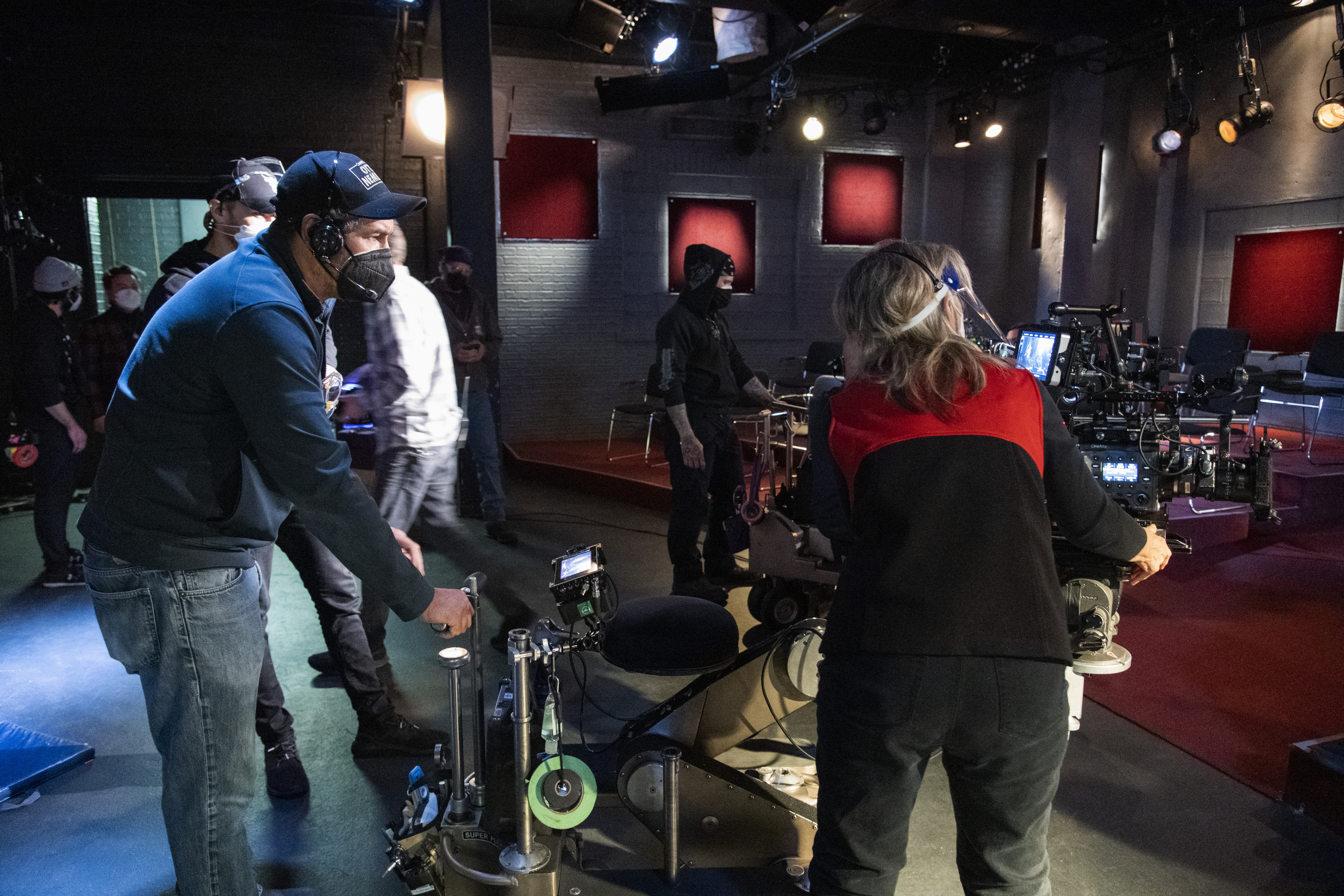 Jaime Reynoso: I’ll tell you what I’m still trying to learn: Trust your instincts. Work as hard as you can. Always be kind.

PH: How is this project different from others you’ve worked on, such as TNT’s Snowpiercer and Amazon’s El Candidato?

Jaime Reynoso: The main difference is the camera work. Unlike The Kominsky Method, the two mentioned above are highly percussive pieces, where movement plays a big part in the orchestration. The Kominsky Method’s camera is like a string quartet. It is always what the writing calls for, the camera must always be at the service of the page… In addition, on Amazon’s El Candidato I wore the director hat.

Jaime Reynoso: Above all be a storyteller. People often think light is the prima materia of cinematography. It is not. Human behavior is what a cinematographer must study.

I’m about to start a very inspiring project that I’m very excited about. It is set in Nazi-occupied Paris and helmed by Todd Adam Kessler, whom I met doing Bloodline.