Anatomy of a Scene: American Seige

PH: Which scene was your favorite to work on in American Siege?

Edward John Drake: American Siege was such a great collaboration between some of my favorite people, and I’m so proud of Trevor Gretzky’s performance in his penultimate scene. It’s hard to pick just one scene, I’m so grateful for the experience working with great actors to bring this film to life.

Edward John Drake: If I had to pick one moment, it would be the ‘breaking into John Keats’ house’ sequence and how those beats mirror the finale. We were precise, constructing the opening sequence knowing it would have to pay off in a singular way while foreshadowing the central mystery – Who killed Bridget Baker?

Edward John Drake: Our amazing crew came together in an inspiring way. I’m so grateful for our Stunt Coordinator, Robert Laenan, for working with the actors to ensure the action felt real and their movements truthful. Most of the cast had never fired a weapon before, and Robert was patient and conscious of everyone’s safety. His quiet confidence is something to be admired, and I love working with the dude.

Edward John Drake: Ensuring each part of the action and gunfight allowed for expressions of the character’s inner-lives to be felt by the audience. 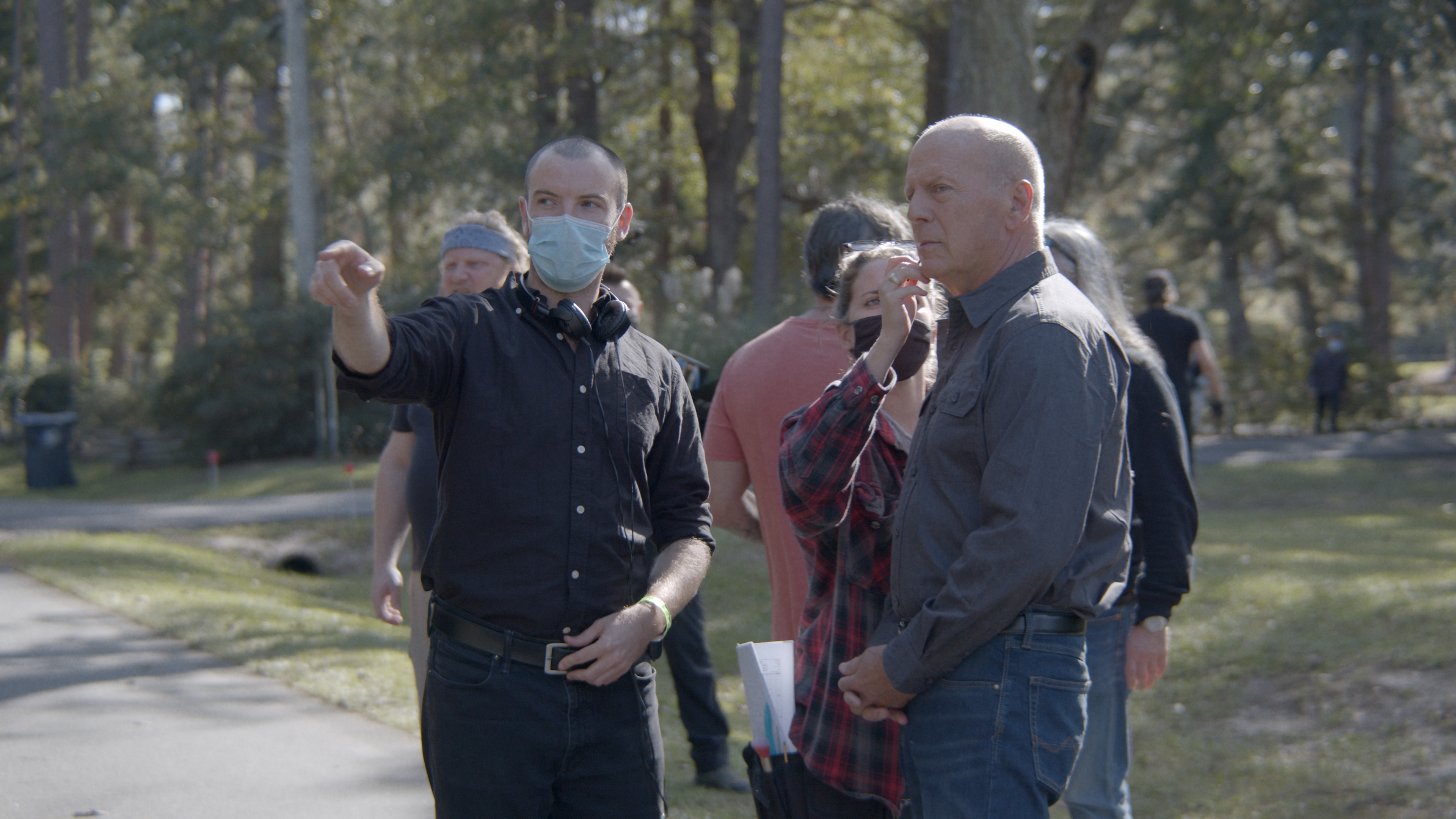 PH: What was the dialogue like between you and the cast of American Siege regarding this scene?

Edward John Drake: Understanding the motivation for each punch-thrown, each trigger pulled, each car driven into a bad guy, was critical to the success of the sequence. We had to establish the hostage-takers dysfunctional sense of working as a team in a natural way.

Grace Baker (played by the incredible Anna Hindman) had to reveal her reckless nature while guarding her own secrets for the real reason she agreed to join the scheme. Rob Gough has great instincts, and we worked together to ensure his character’s good nature was felt through an action sequence where he is, for the moment, the antagonist of the story.

Bruce Willis took on the role of Ben Watts, he delivers an incredibly fun performance. When he arrives in the wake of the home invasion, he becomes the voice for the audience to comprehend why the misfit hostage-takers are doing what they’re doing. Bruce’s humanity and kindness shine through as his character wrestles with the consequences of whether he should do his job, or do what’s right.