Steven Davenport (SD):  The relationship between Ireland and the US spans many decades.  For US film and television producers, Ireland offers a wealth of talent, great locations, financial incentives and a local film and television industry that boasts Oscar and Emmy award-winning productions.  In 2021 alone, the Irish screen industry worked with Disney, Netflix, Apple TV+, Amazon, Warner Bros and NBC Universal.

Ireland has created an international reputation for its animation industry, with several international brands created here. US producers now access a range of studios located in Ireland creating post-production and VFX work.  The Irish screen industry has quadrupled in size over the last decade and, with new infrastructure developments and 2021 already breaking previous expenditure records, we see the symbiotic relationship between Ireland and the US growing stronger.

David Brody (DB): Ireland is a hub for shoots, production and post-production activity. In addition to facilities such as Ardmore, Ashford and Troy studios, Ireland has a number of exciting new studio infrastructure projects in the pipeline. The Greystones Media Campus in County Wicklow is being built on a 40-acre site as a €150 million state-of-the-art film and TV center with 14 sound stages, offices, and production buildings. 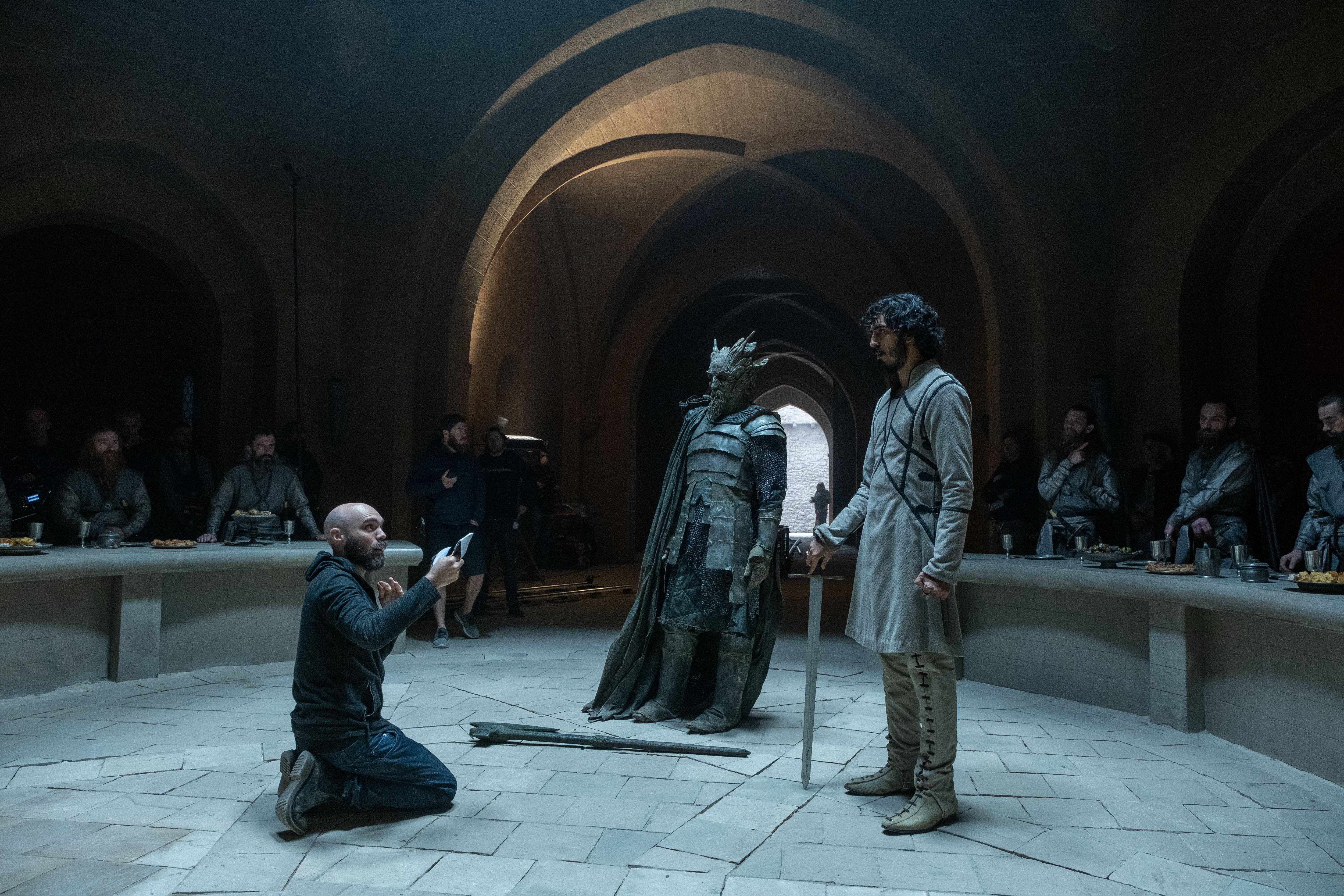 David Lowrey, director, on set of “The Green Knight” in Ireland’s Ardmore Studios © A24

SD:  We hear from US crews and producers that Ireland is a resource for talent both in front of and behind the camera and has a wide range of very experienced producers.  A strong tax incentive worth from 32 – 37% is one of the best in Europe with both above and below the line costs which can qualify as eligible expenditure.  Once working in Ireland, cast and crew qualify regardless of nationality.  The time difference between Ireland and the US is also particularly advantageous – eight hours to LA and five hours to New York. Which means that you can wake up to the first half of the day’s rushes from what’s been shot in Ireland already in your inbox.

DB: Studio space is in high demand as the number of content creators in the market continues to grow. For LA film makers, Ireland offers experienced crews and a growing supply of first-class studio facilities. Ireland’s educated and skilled workforce has also helped to establish globally renowned post-production and animation industries in which LA film makers can easily scale creative teams.

SD: Everything from TV drama, feature films, animation and VFX sequences are created in Ireland. All sizes of production are made here, from Hollywood blockbusters to independent low budget films, large budget science fiction series, Irish drama, Oscar-nominated animation and world-renowned animation brands.  VFX is a strong growth area – there’s an increase in companies coming to Ireland for their VFX post-production.

As well as all sizes of production, all styles of genres are created in Ireland, from horror, science fiction, fantasy and British period dramas to Irish originated content. We offer the whole package here in Ireland.

SD: If a filmmaker has an idea for a project, we’re very happy to talk to them, to explain all the benefits including what the project would look like in Ireland. We can create a look-book, offer scouting support and give them ideas about possible locations and how their project could look in Ireland. Screen Ireland’s skills development team will assist the production in identifying training needs and offers a range of training classes in the areas of film, television, animation, games and visual effects. Recent initiatives including our new National Talent Academies and our newly launched crew development hubs are ensuring that the next generation of crew will be available for future productions. Investment schemes like the ‘Pathways’ partnership program with international studios place individuals from diverse and underrepresented backgrounds on international productions filming in Ireland.

SD: US filmmakers will need to work with an Irish co-producer or service company to access the Irish tax credit. The company will also assist with budgeting and assembling a crew for the production.  Screen Ireland can offer logistical support and make introductions to the Irish partner.